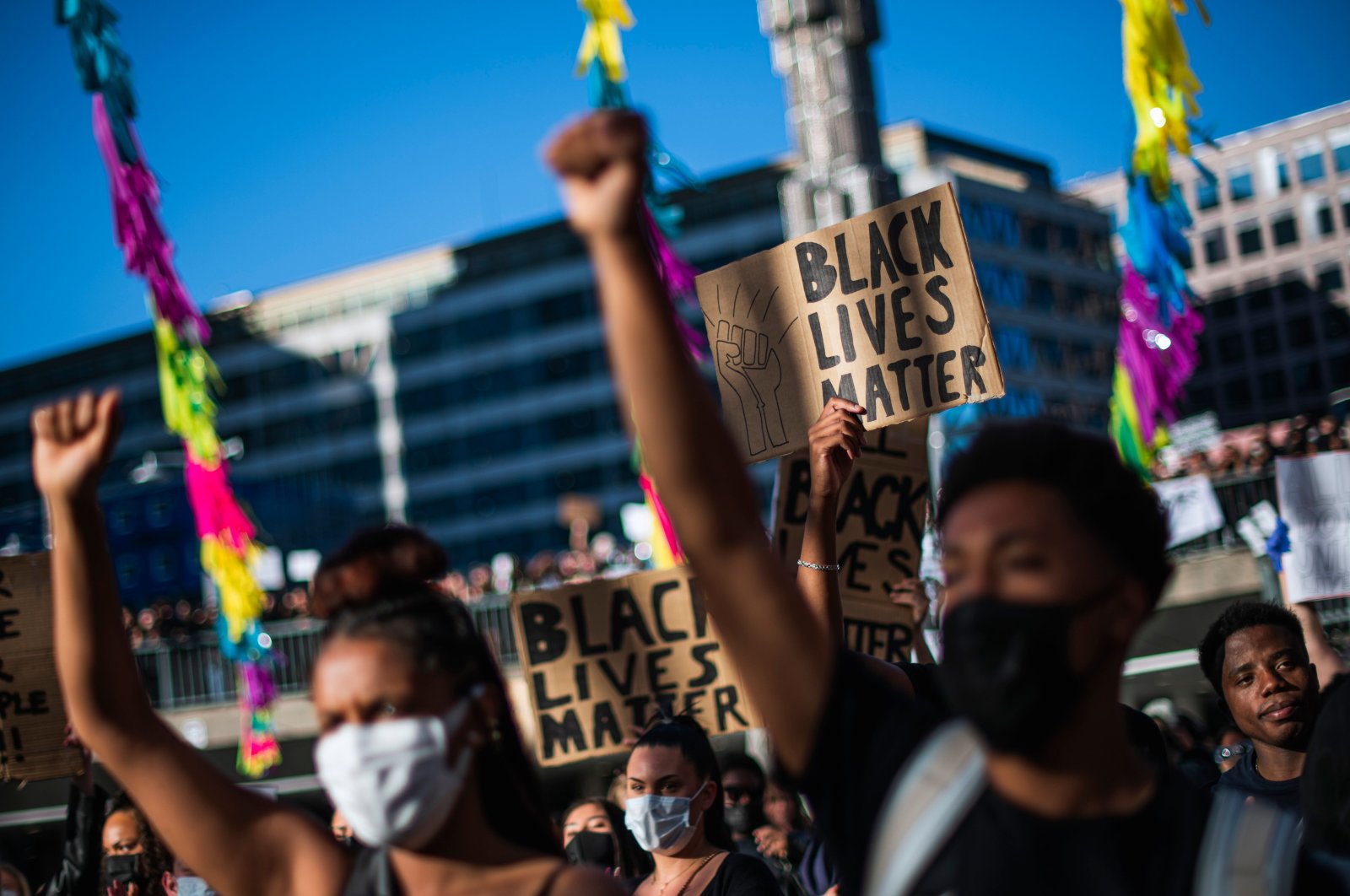 At least 1,000 people flouted coronavirus restrictions on public gatherings on Thursday in the southern Swedish city of Malmo to protest the recent death of African-American man, George Floyd, at the hands of U.S. police, as well as racism elsewhere.

Organizers had been granted permission for 50 people to take part in the Black Lives Matter rally, in line with virus restrictions.

Since far more participants attended, police declared the gathering a breach of the permit and urged the protesters to disperse.

Police said it took well over an hour before the crowd started to leave the beach and recreational area at Ribersborg, a few kilometers from the city center.

Most of the crowd headed to the city center, chanting slogans and carrying placards like "No racists on our streets," the Kvallsposten daily reported.

On Wednesday, several thousand took part in a similar protest in the capital, Stockholm.

Prime Minister Stefan Lofven earlier Thursday warned against the risk of COVID-19 infection linked to large crowds even though he said he understood the anger against racism.

"We all have an obligation to consider: 'Is this the right thing to do at present?'" he said at a press conference.

Police have said they cannot ban the protests in advance given that "the right to demonstrate is a strong right in society. At the same time, the police must ensure that participants follow the rules," national police chief Anders Thornberg said.