To vac or not to vac: Europe becomes epicenter of COVID-19 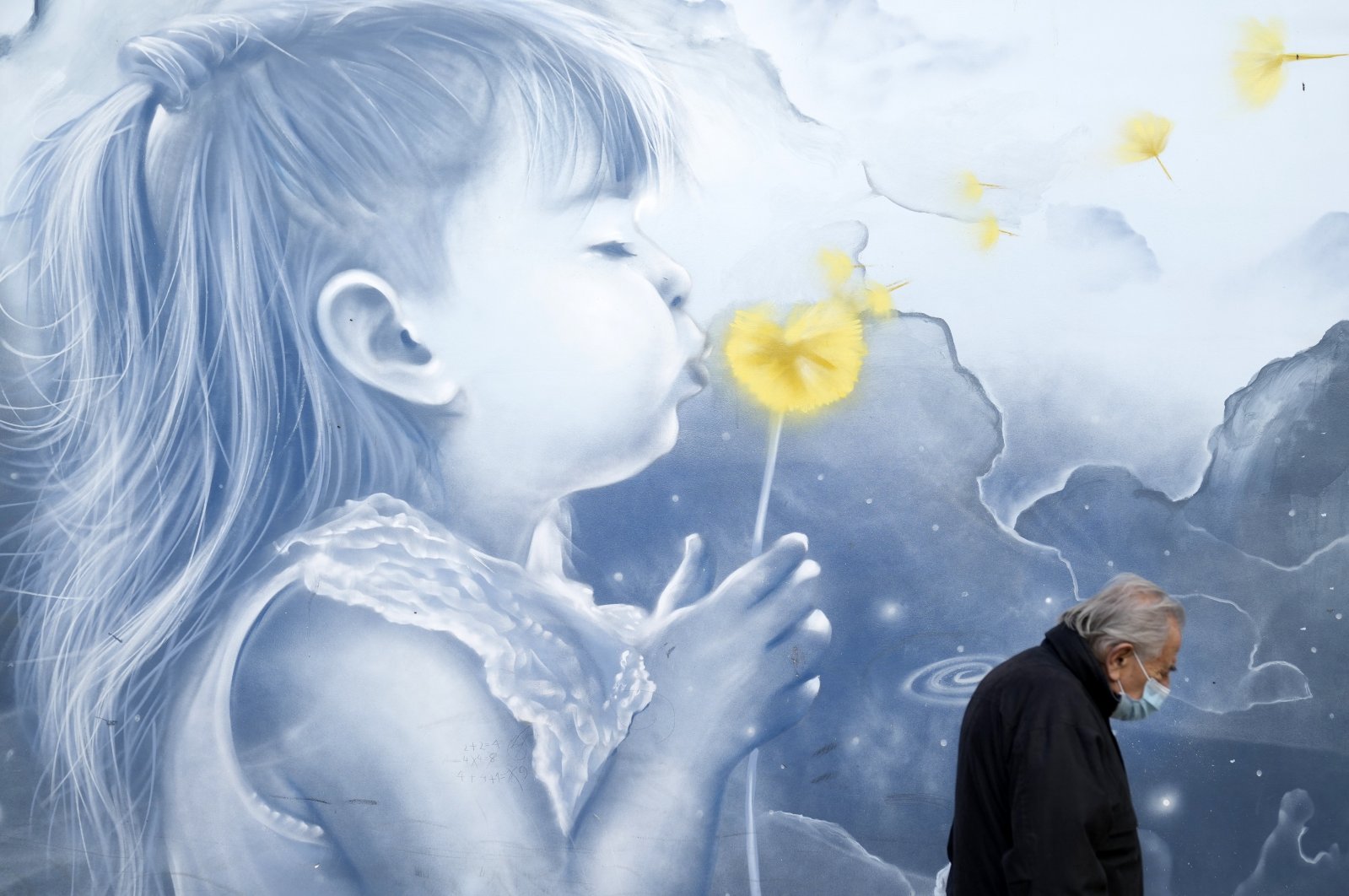 A pedestrian wearing a face mask to protect against coronavirus, walks in front of a mural, at a metro station in Athens, Greece, Nov. 15, 2021. (AP Photo)
by Associated Press Nov 20, 2021 8:16 pm
RECOMMENDED

With Christmas and the holiday season just around the corner, Europe's plans for the new year appear to have fallen into disarray. Where people were looking forward to embracing festivities and meeting family and friends once again, it now seems unlikely with the continent becoming the global epicenter of the COVID-19 pandemic as cases soar to record levels in many countries.

With infections spiking again despite nearly two years of restrictions, the health crisis increasingly is pitting citizen against citizen – the vaccinated against the unvaccinated.

Governments desperate to shield overburdened health care systems are imposing rules that limit choices for the unvaccinated in the hope that doing so will drive up rates of vaccinations.

Austria on Friday went a step further, making vaccinations mandatory as of Feb. 1.

"For a long time, maybe too long, I and others thought that it must be possible to convince people in Austria, to convince them to get vaccinated voluntarily,” Austrian Chancellor Alexander Schallenberg said.

He called the move "our only way to break out of this vicious cycle of viral waves and lockdown discussions for good.”

While Austria so far stands alone in the European Union in making vaccinations mandatory, more and more governments are clamping down.

Starting Monday, Slovakia is banning people who haven't been vaccinated from all nonessential stores and shopping malls. They also will not be allowed to attend any public event or gathering and will be required to test twice a week just to go to work.

"A merry Christmas does not mean a Christmas without COVID-19,” warned Prime Minister Eduard Heger. "For that to happen, Slovakia would need to have a completely different vaccination rate.”

He called the measures "a lockdown for the unvaccinated.”

Slovakia, where just 45.3% of the 5.5 million population is fully vaccinated, reported a record 8,342 new virus cases on Tuesday.

It is not only nations of central and eastern Europe that are suffering anew. Wealthy nations in the west also are being hit hard and imposing restrictions on their populations once again.

"It is really, absolutely, time to take action,” German Chancellor Angela Merkel said. With a vaccination rate of 67.5%, her nation is now considering mandatory vaccinations for many health professionals.

"All of Germany is one big outbreak,” Lothar Wieler, head of Germany's disease control agency, told reporters Friday. "This is a nationwide state of emergency. We need to pull the emergency brake.”

Greece, too, is targeting the unvaccinated. Prime Minister Kyriakos Mitsotakis announced a battery of new restrictions late Thursday for the unvaccinated, keeping them out of venues including bars, restaurants, cinemas, theaters, museums and gyms, even if they have tested negative.

"It is an immediate act of protection and, of course, an indirect urge to be vaccinated,” Mitsotakis said.

The restrictions enrage Clare Daly, an Irish EU legislator who is a member of the European Parliament's civil liberties and justice committee. She argues that nations are trampling individual rights.

"In a whole number of cases, member states are excluding people from their ability to go to work,” Daly said, calling Austria's restrictions on the unvaccinated that preceded its decision Friday to impose a full lockdown "a frightening scenario."

Even in Ireland, where 75.9 % of the population are fully vaccinated, she feels a backlash against holdouts.

"There’s almost a sort of hate speech being whipped up against the unvaccinated,” she said.

The world has had a history of mandatory vaccines in many nations for diseases such as smallpox and polio. Yet despite a global COVID-19 death toll exceeding 5 million, despite overwhelming medical evidence that vaccines highly protect against death or serious illness from COVID-19 and slow the pandemic's spread, opposition to vaccinations remains stubbornly strong among parts of the population.

Some 10,000 people, chanting "freedom, freedom,” gathered in Prague this week to protest Czech government restrictions imposed on the unvaccinated.

"No single individual freedom is absolute,” countered professor Paul De Grauwe of the London School of Economics. "The freedom not to be vaccinated needs to be limited to guarantee the freedom of others to enjoy good health,” he wrote for the liberal think tank Liberales.

That principle is now turning friends away from each other and splitting families across European nations.

Birgitte Schoenmakers, a general practitioner and professor at Leuven University, sees it on an almost daily basis.

"It has turned into a battle between the people,” she said.

She sees political conflicts whipped up by people willfully spreading conspiracy theories, but also intensely human stories. One of her patients has been locked out of the home of her parents because she dreads being vaccinated.

Schoemakers said that while authorities had long baulked at the idea of mandatory vaccinations, the highly infectious delta variant is changing minds.

"To make a U-turn on this is incredibly difficult,” she said.

Spiking infections and measures to rein them in are combining to usher in a second straight grim holiday season in Europe.

Leuven has already canceled its Christmas market, while in nearby Brussels a 60-foot Christmas tree was placed in the center of the city's stunning Grand Place on Thursday but a decision on whether the Belgian capital's festive market can go ahead will depend on the development of the virus surge.

Paul Vierendeels, who donated the tree, hopes for a return to a semblance of a traditional Christmas.

"We are glad to see they are making the effort to put up the tree, decorate it. It is a start,” he said. "After almost two difficult years, I think it is a good thing that some things, more normal in life, are taking place again.”