Traces of war disappearing in Azerbaijani city of Tartar 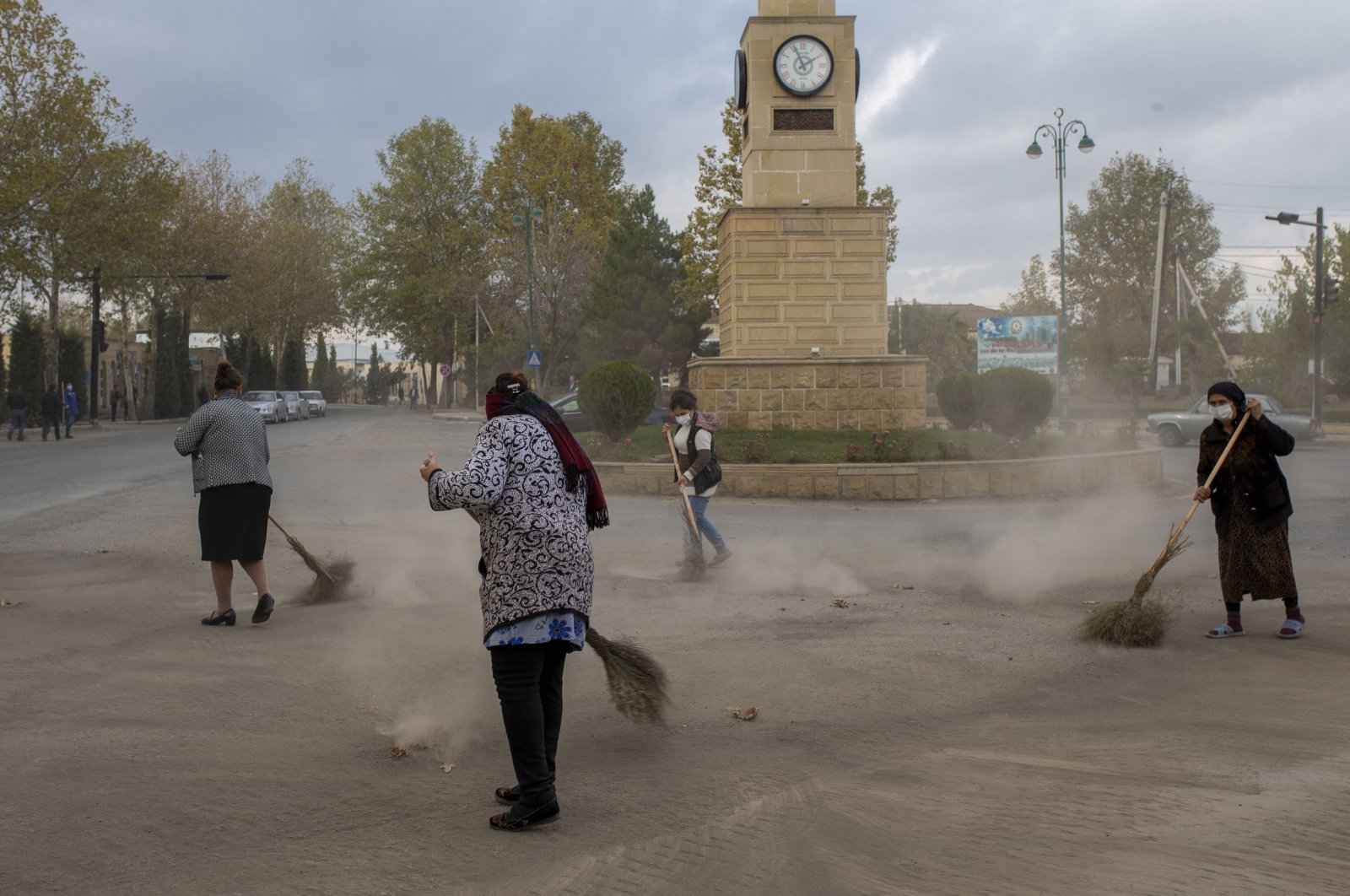 The traces of war are quickly healing in the Azerbaijani city of Tartar, which experienced heavy bombardment during the almost six weeks of fighting with Armenia.

Daily life in the city started returning to normal after a newly declared peace agreement was signed between Azerbaijan and Armenia.

Baku and Yerevan signed a Russia-brokered agreement on Tuesday to end clashes that erupted in September due to continued Armenian attacks on civilians and military forces in Azerbaijan. The sides agreed to work toward a comprehensive solution to their dispute surrounding the region of Nagorno-Karabakh, which had been under Armenian occupation for almost three decades.

Azerbaijani President Ilham Aliyev hailed the agreement as a victory for his country and a defeat for Armenia, saying Baku's military success enabled it to gain the upper hand to end the occupation of its territory. Turkey welcomed the truce as a "great victory" for Azerbaijan.

On the other hand, Armenian Prime Minister Nikol Pashinian said he signed the "unspeakably painful" deal that allowed Azerbaijan to claim control over regions it took back in the fighting.

Relations between the ex-Soviet republics have been tense since 1991 when the Armenian military occupied Nagorno-Karabakh, a territory recognized as part of Azerbaijan, and seven adjacent regions.

Residents of Tartar gathered at the city's Clock Square, which had suffered intense attacks from Armenian forces, to clean and sweep the streets.

Shopkeepers cleaned the debris from broken windows and opened shop.

Banovshe Huseynova, one of the municipality workers cleaning the streets, told Anadolu Agency (AA) that she was happy her country won the fight over Nagorno-Karabakh.

Fresh clashes erupted on Sept. 27, and the Armenian Army continued its attacks on civilians and Azerbaijani forces, violating humanitarian cease-fire agreements, for 44 days.

On the frontline, Baku liberated several cities and nearly 300 of its settlements and villages from Armenian occupation during this time.

Prior to the second Karabakh war, about 20% of Azerbaijan's territory was under illegal Armenian occupation for nearly three decades.

"We are sweeping the streets of Tartar. We clean the streets and are very happy. Azerbaijan has won a great victory. It's beautiful," Huseynova said.

"He didn't abandon us. May Allah help the people of Turkey," she said.

Emphasizing that Tartar's residents had had a "hard time" during the clashes, Gahramanova said they had been too afraid to leave their homes for a long time but they would not leave their homeland.

Aliyev also said Wednesday that the Nagorno-Karabakh area will be revived.

"Our people's unity will enable us to bring back life to the liberated territories. Karabakh will be reborn. It will be revived and reinvigorated. It will become a real paradise," he said on Twitter.

"These are the happiest moments in the life of every one of us. The second Karabakh war will go down in history as Azerbaijan's glorious victory. All of our people demonstrated unity and solidarity in ensuring this victory," he said, crediting the victory to the "professionalism and bravery" of servicemen.

The victory on the battlefield was the result of winning on the political field. "We will further solidify our historic victory in legal and political domains," he said.

Emphasizing that security and infrastructure issues should be prioritized for the return of displaced people, Aliyev said areas require de-mining, and Baku will involve international organizations in the process.

He stressed his government will rebuild homes destroyed during the conflict, noting that damaged houses will be restored and lost property compensated.