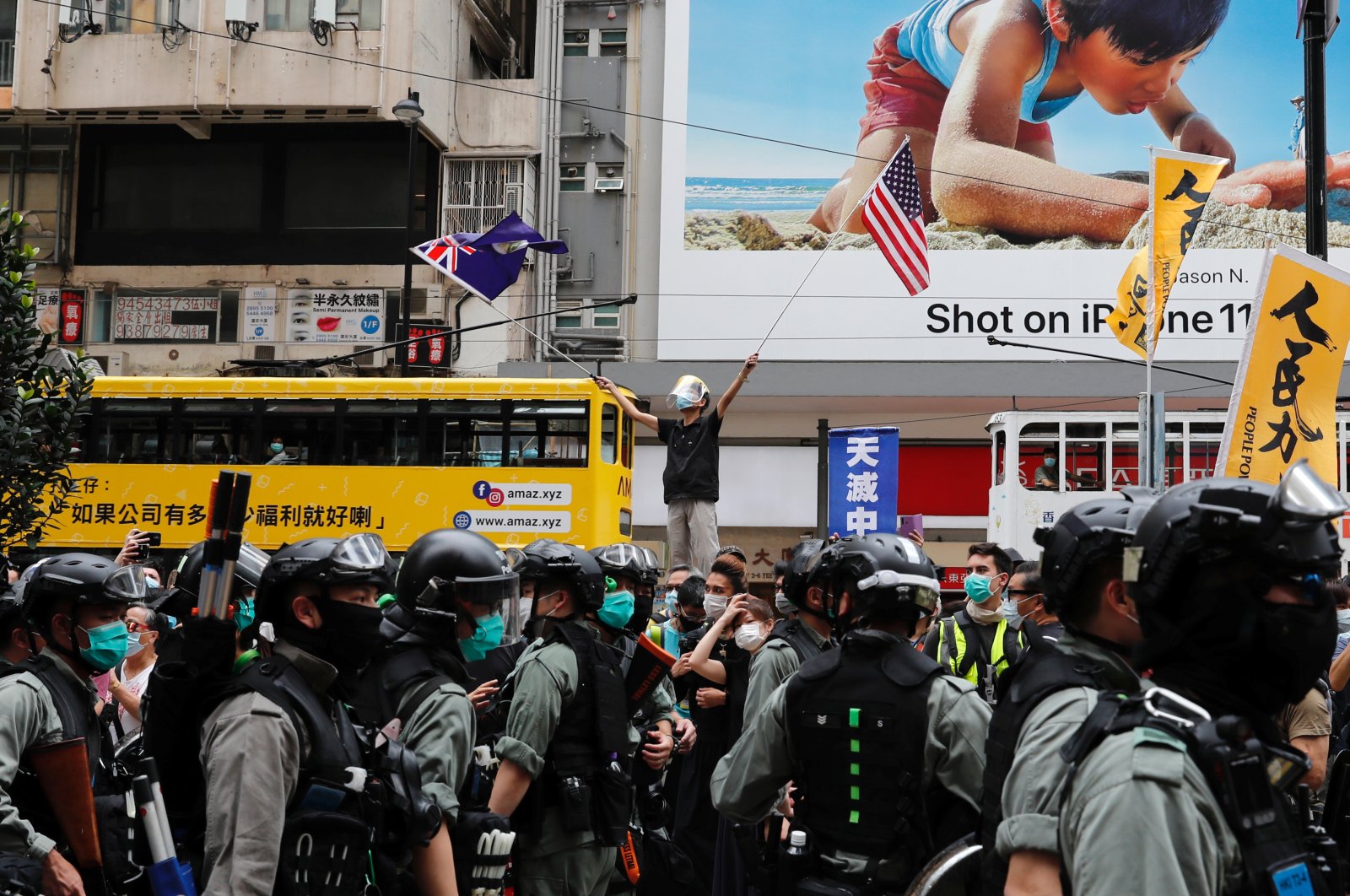 An anti-government protester waves the U.S. and the British colonial Hong Kong flags as riot police walk past during a march against Beijing's plans to impose national security legislation in Hong Kong, May 24, 2020. (Reuters Photo)
by French Press Agency - AFP
May 26, 2020 4:40 pm

Ofcom said it was "minded" to sanction the Chinese state channel after hearing its defense.

The most serious breaches are punished in Britain with fines and – in case of repeat or especially egregious violations – license suspensions.

The announcement comes during a cooling in relations between London and Beijing.

"We are fully committed to upholding Hong Kong's autonomy and respecting the one country two systems policy," a Downing Street spokesman said.

The five CGTN programs cited by Ofcom were all aired during a seven-month spell last year when Hong Kong was upended by huge and often violent anti-government protests.

"Various news items on protests in Hong Kong were not duly impartial on a matter of major political controversy and a major matter relating to current public policy," Ofcom said in a 61-page report.

Ofcom said it has been in contact with CGTN about the programs and is now studying the channel's defense of the case.