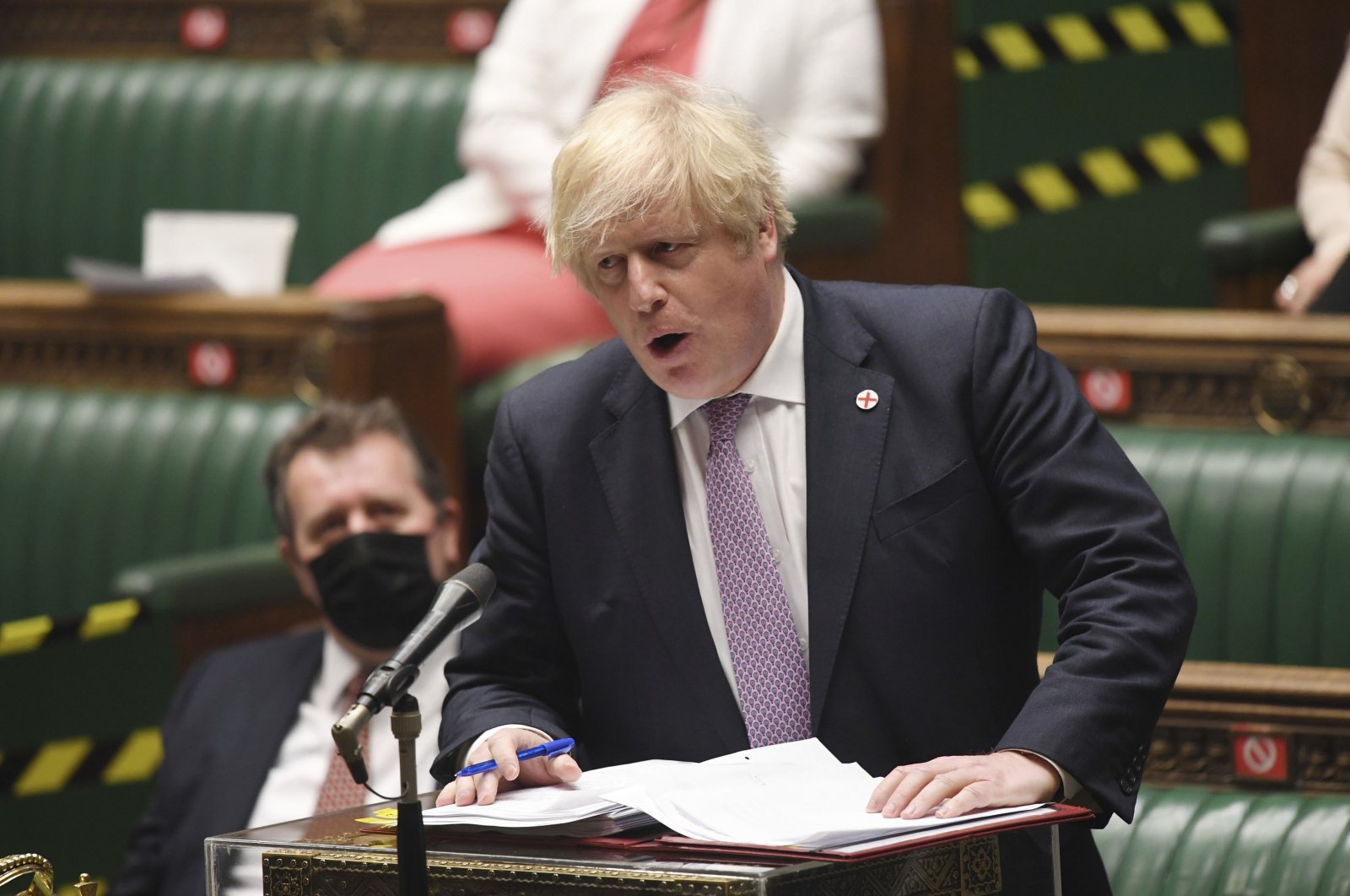 British Prime Minister Boris Johnson was on Sunday to hold further crisis talks on Afghanistan, his office said, as he recalled Parliament from its summer break.

A Downing Street spokesperson said Johnson had called a meeting of the COBR emergencies committee to discuss the situation, which follows the withdrawal of U.S.-led forces, the second such meeting in three days.

Parliament on Sunday said it had approved Johnson's request to call back MPs on Wednesday for urgent debate on what the U.K., which lost 457 troops in the two-decade-long war, should do next.

Foreign Secretary Dominic Raab said on Sunday he had talked to Pakistan counterpart Shah Mahmood Qureshi, expressing his "deep concerns" and agreeing it was "critical" that the international community tell the Taliban that the violence must end and human rights be protected.

Taliban fighters were on the outskirts of Kabul on Sunday and on the brink of a complete military takeover of Afghanistan, leading to British politicians to call for a last-ditch intervention.

"We have an ever-shrinking window of opportunity to recognise where this country is going as a failed state," he told Times Radio.

"Just because the Americans won't, does not mean to say that we should be tied to the thinking, the political judgement – particularly when it is so wrong – of our closest security ally. We could prevent this, otherwise history will judge us very, very harshly in not stepping in," he warned.

He called the crisis "the biggest single policy disaster since Suez."

Johnson vowed on Friday that Britain will not "turn our backs" on Afghanistan, even as he confirmed the imminent withdrawal of most embassy staff in the face of a rapid Taliban onslaught.

However, he said that those calling for an intervention "have got to be realistic about the power of the U.K. or any power to impose a military solution – a combat solution – in Afghanistan."

With the Islamists seizing control of more Afghan cities, Britain is deploying around 600 troops to help evacuate its roughly 3,000 nationals from the country, and Johnson said the "vast bulk" of remaining embassy staff in Kabul would return to the U.K.

The Foreign Office said on Sunday that Britain had "temporarily suspended most operations" at its embassy in Kabul and was doing "all we can to enable remaining British nationals, and those Afghans who have worked for us and who are eligible for relocation, to leave Afghanistan."

Opposition Labour leader Keir Starmer backed the move to recall Parliament, saying in a statement: "The situation in Afghanistan is deeply shocking and seems to be worsening by the hour. The government has been silent while Afghanistan collapses, which let's be clear will have ramifications for us here in the U.K. We need Parliament recalled so the government can update MPs on how it plans to work with allies to avoid a humanitarian crisis and a return to the days of Afghanistan being a base for extremists."

Most of the remaining British troops assigned to the NATO mission in Afghanistan left last month, according to Johnson.

As well as the fallen troops, the conflict has cost Britain around £40 billion ($55 billion, 46.7 billion euros).

In 2014, the British mission in Afghanistan, centered on the restive southern province of Helmand, shifted from a combat operation to one focused on supporting Afghan national forces, with the help of around 750 troops.

Johnson also urged NATO and the United Nations to convene high-level meetings on Afghanistan as soon as possible as he discussed on Sunday the situation in the country with the heads of both organisations.

"The prime minister called for meetings of NATO’s North Atlantic Council and the U.N. Security Council to take place as soon as possible to enable high-level international discussions on these issues," a spokesperson said in a statement.