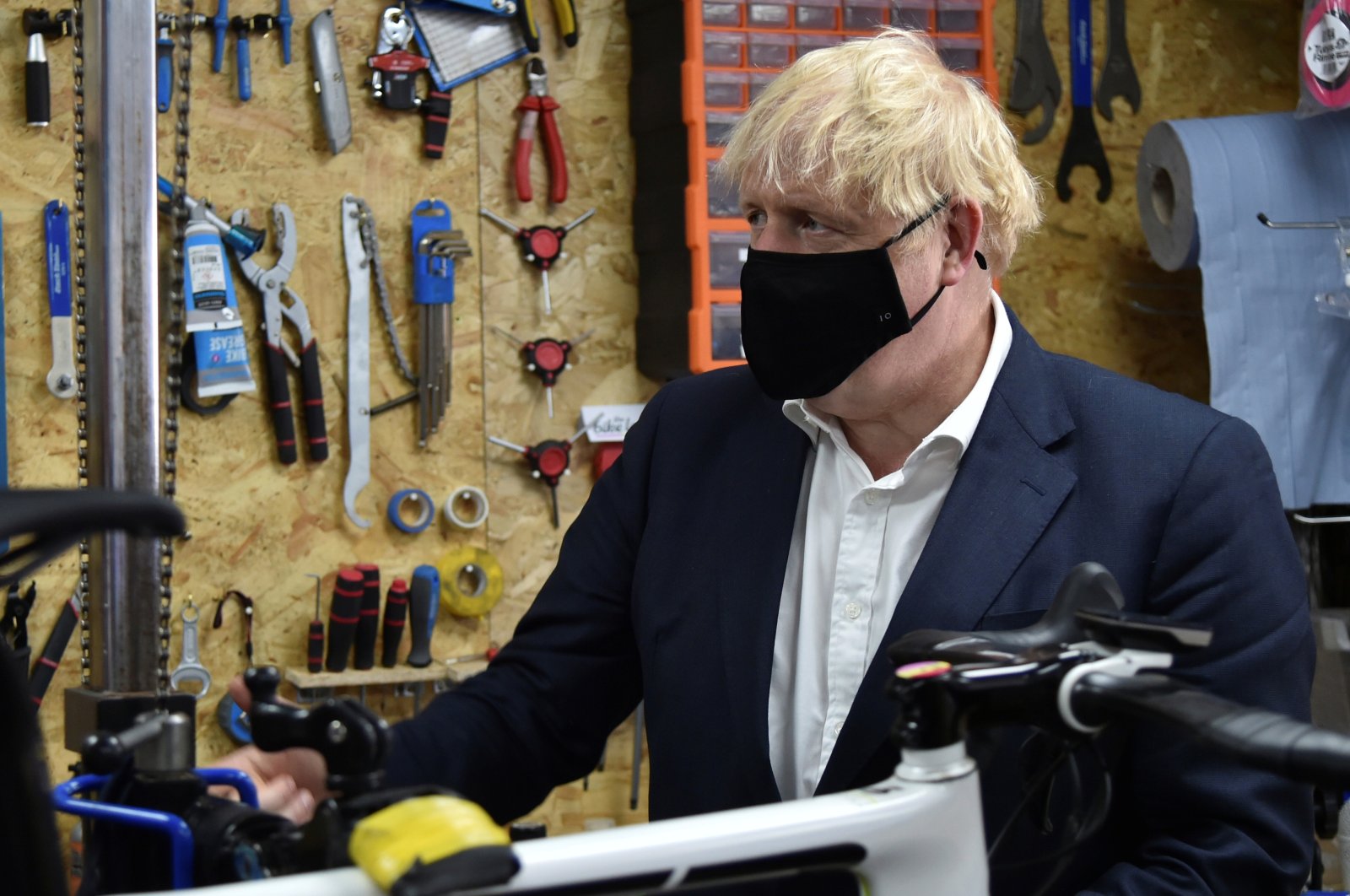 Britain's Prime Minister Boris Johnson talks to the owner of the the Cycle Lounge, Rodney Rouse, a bicycle repair shop, after the government announced a new plan to get Britain cycling, amid the outbreak of the coronavirus, in Beeston near Nottingham, Britain, July 28, 2020. (Reuters Photo)
by Anadolu Agency
Jul 28, 2020 3:33 pm

The British premier on Tuesday warned "the signs of a second wave" of the coronavirus are appearing in some European countries.

Speaking to Sky News during a visit to Nottingham, Boris Johnson said his government's job is to take measures when they see those signs.

"What we have to do is take swift and decisive action where we think that the risks are starting to bubble up again," Johnson said, defending his government's decision of a blanket quarantine introduced to all those arriving from Spain.

"Let's be absolutely clear about what's happening in Europe, amongst some of our European friends, I'm afraid you are starting to see in some places the signs of a second wave of the pandemic," Johnson said.

Last week, Britain changed its travel warnings for all of Spain, and said all nonessential travel to the country should be avoided after the number of COVID-19 cases in some regions in the Mediterranean country rose.

The U.K. has removed Spain from its list of countries from which those arriving are exempt from a two-week-long quarantine after entering the country.

"Tourist destinations like the Canary and Balearic Islands, Valencia, and Andalusia have lower COVID-19 incidences than in the UK. In epidemiological terms, it would be safer to be in these destinations than in the UK," Spanish Prime Minister Pedro Sanchez said.

Simon Clarke, a U.K. government minister, said: "We respectfully disagree with the Spanish government's position on this."

There has been a "sharp increase" in COVID-19 cases in Spain, he added.