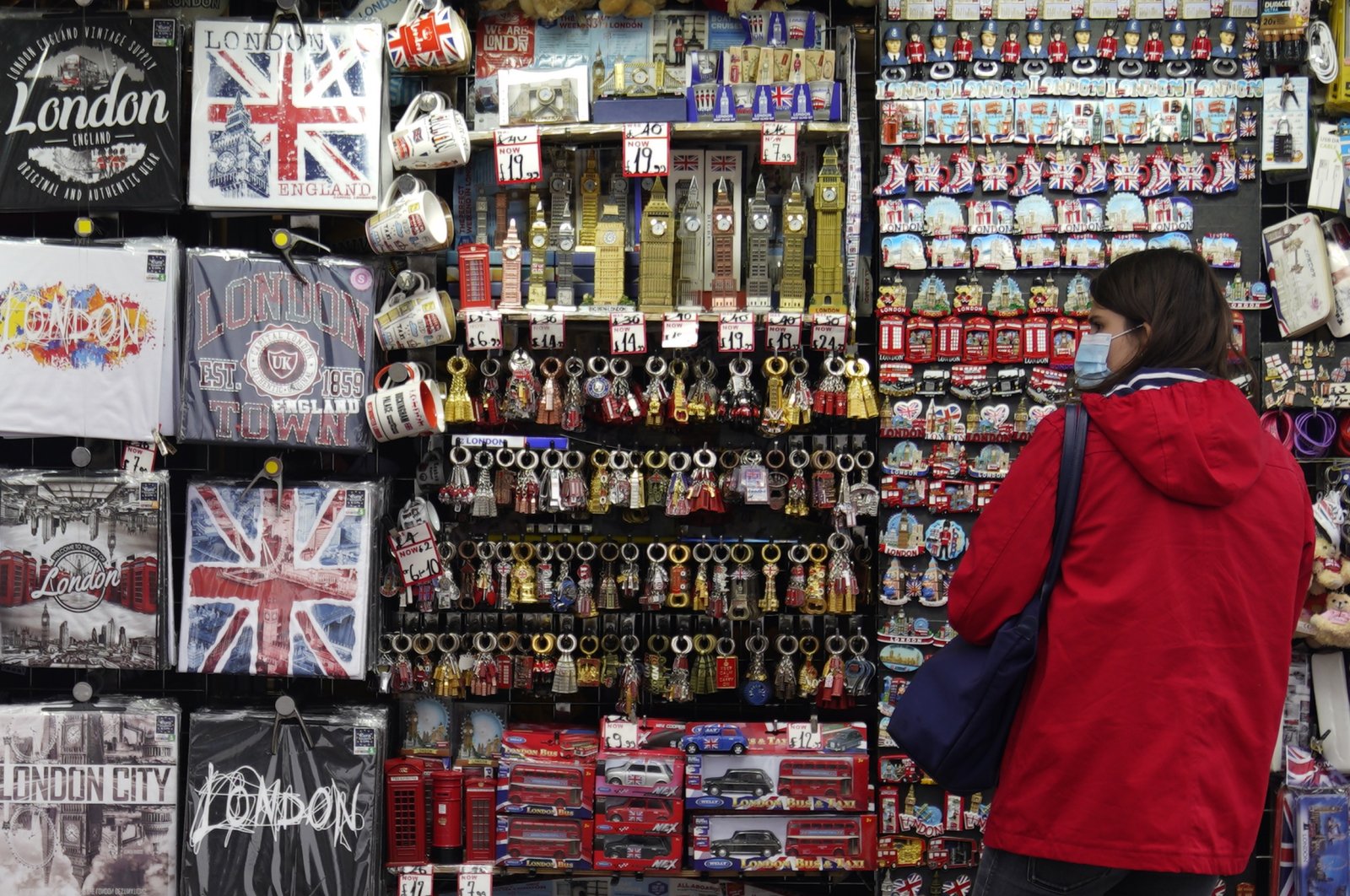 A tourist looks at souvenirs on sale in Central London, Britain, 27 August 2020. It has been reported that the UK tourism industry could lose 22 billion pounds following a drop in visitors after the COVID-19 pandemic. (EPA-EFE Photo)
by French Press Agency - AFP Sep 06, 2020 9:45 pm
RECOMMENDED

The United Kingdom has registered almost 3,000 new coronavirus cases in 24 hours, a level not seen since late May, health ministry figures showed Sunday.

The U.K. government said two more people had died after testing positive over the past 28 days, bringing the overall UK toll to 41,551, Europe's highest.

In addition, 2,988 new cases were recorded, significantly higher than the 1,813 registered Saturday.

"The rise in the number of cases that we have seen today is concerning," said Health Secretary Matt Hancock as Britain digested the highest number of daily cases since 2,959 on May 23.

Hancock said the latest sufferers are predominantly young people but cautioned against behavior which might allow a spread to the elderly.

Hancock said it was "important that people don't allow this illness to infect their grandparents and to lead to the sort of problems that we saw earlier in the year" when the health system battled to contain the virus as the toll inexorably rose.

Prime Minister Boris Johnson's Conservative government says it will tighten local restrictions in areas showing sharp rises in cases rather than impose a second national lockdown for fear of its effect on the economy.

Sunday saw 124 new admissions of virus sufferers, bringing the total to 756 with 69 on ventilators.

To date, a total of 347,152 coronavirus cases have now been confirmed in Britain.