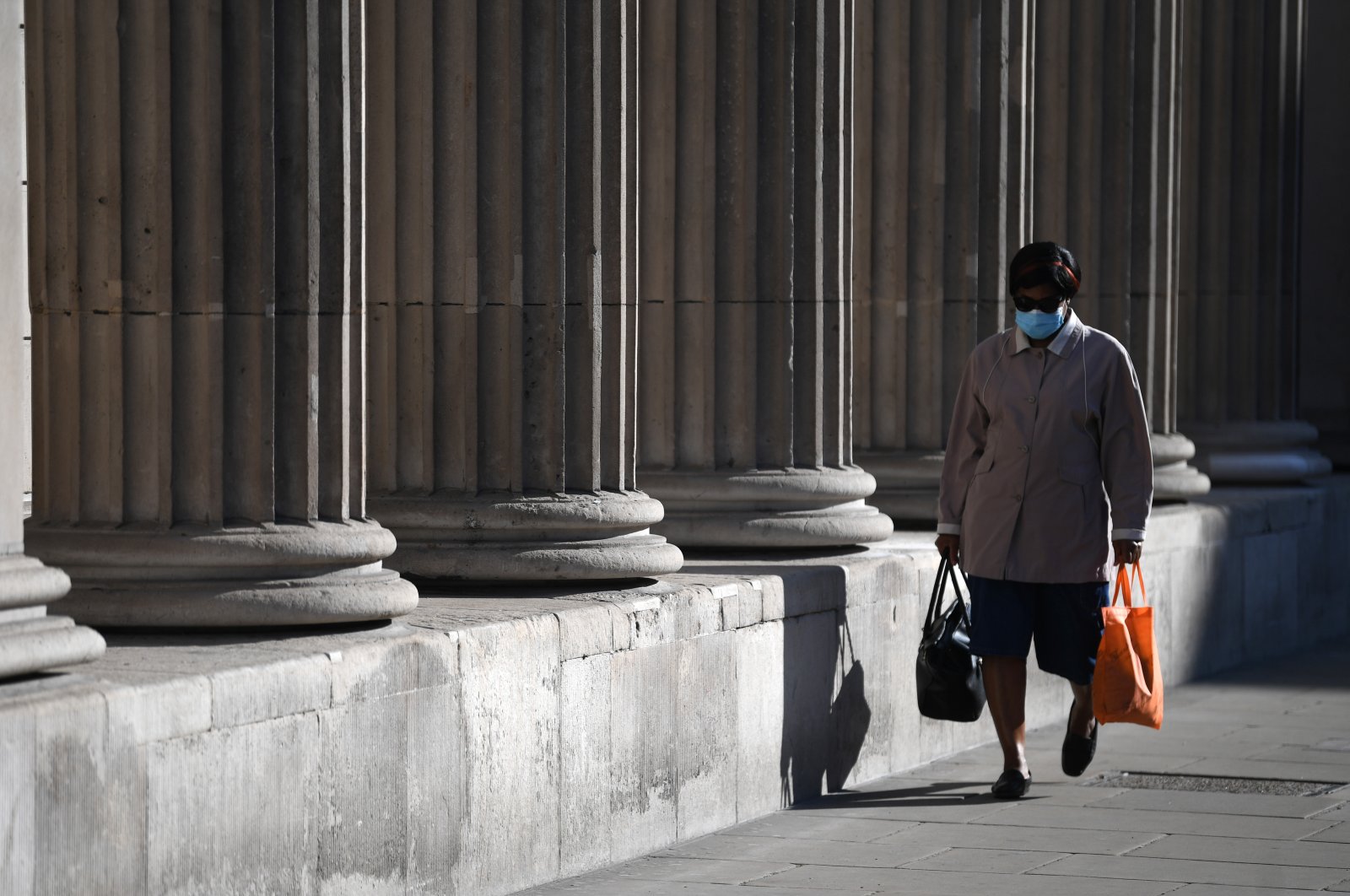 Britain's hospital death toll from COVID-19 rose by 596 to 16,060 as of 4 p.m. GMT on April 18, the smallest increase in nearly two weeks, the health ministry said Sunday.

Data published on Sundays has tended to show smaller increases in the number of fatalities. April 6 marked the last time the health ministry reported a smaller increase in the daily death toll.

The true toll is likely to be substantially higher as data on deaths in the community, such as in care homes, takes much longer to trickle in.

Britain’s senior minister said Sunday that the country is not considering lifting the lockdown enacted almost four weeks ago to control the coronavirus outbreak given the "deeply worrying" increases in the death toll.

The British government official also said that a delivery of protective equipment for British health workers that was due on Sunday from Turkey has been delayed, as medics on the front line of the coronavirus outbreak increasingly report shortages of gear.

A British foreign office spokesperson cited "clearance and paperwork" for the delay, as first reported by Sky News.

"It's not quite ready yet," the official said, adding that they were "working to get this delivered as soon as possible.”

With hospitals under strain, health workers have criticized the government's advice that personal protective equipment worn while treating patients infected with coronavirus could be reused, as supplies run low across the country.

Helena McKeown, chair of the British Medical Association that represents doctors, told Sky News the delay would be "devastating" for health professionals.

Britain is at or near the peak of the health crisis in which more than 16,000 people have died in hospitals alone - the fifth highest national death toll of a pandemic linked to at least 150,000 deaths worldwide.

According to a Johns Hopkins University tally based on figures supplied by health authorities around the globe, the U.K. has reached nearly 115,500 coronavirus cases.