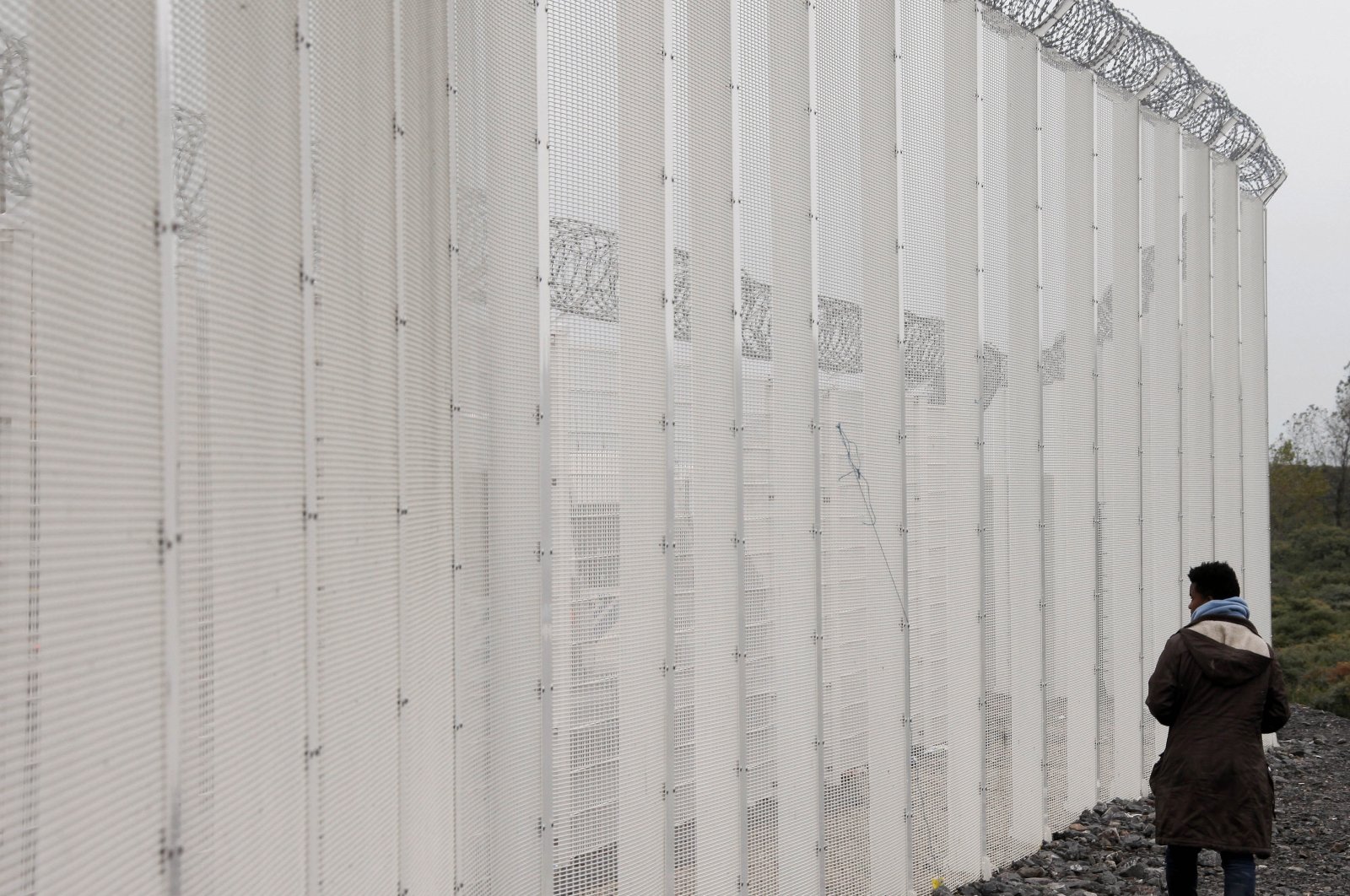 A migrant stands near a fence installed to secure the Eurotunnel platform area near the migrant camp known as the new Jungle in Calais, northern France, Oct. 21, 2015. (AP Photo)
by German Press Agency - DPA
Aug 08, 2020 2:04 pm

The British government wants Paris to adopt tougher measures to prevent migrants from crossing the Channel in small boats, an official said Saturday.

France should intercept migrants at sea and take them back to French ports, Chris Philp, a British secretary of state wrote in an editorial published in the Daily Telegraph newspaper.

He said Paris should prevent repeated attempts, with the threat of "real consequences" such as imprisonment or deportation.

His call comes within days of Britain registering a record high for illegal Channel crossings.

On Thursday, at least 235 people reached Britain on 17 small boats, according to Britain's Press Association (PA) news agency, which regularly tracks such crossings.

Some 1,000 people crossed into Britain in the month of July, many from Eritrea, Iraq, Iran and Syria. Most were picked up by British coastguards.

Philp plans to follow up on this call in a meeting with his French counterparts next week.

Interior Minister Priti Patel echoed his call in a series of tweets, saying, "I know that when the British people say they want to take back control of our borders – this is exactly what they mean."

Her ministry confirmed that it is considering using naval ships to prevent such crossings.

However, the idea was rejected by a source in the Defense Ministry who called it "inappropriate and unnecessary," saying "military resources should not be used to address political failings."

"It's beyond absurd to think that we should be deploying multimillion-pound ships and elite soldiers to deal with desperate people," the source said, according to a report by PA.