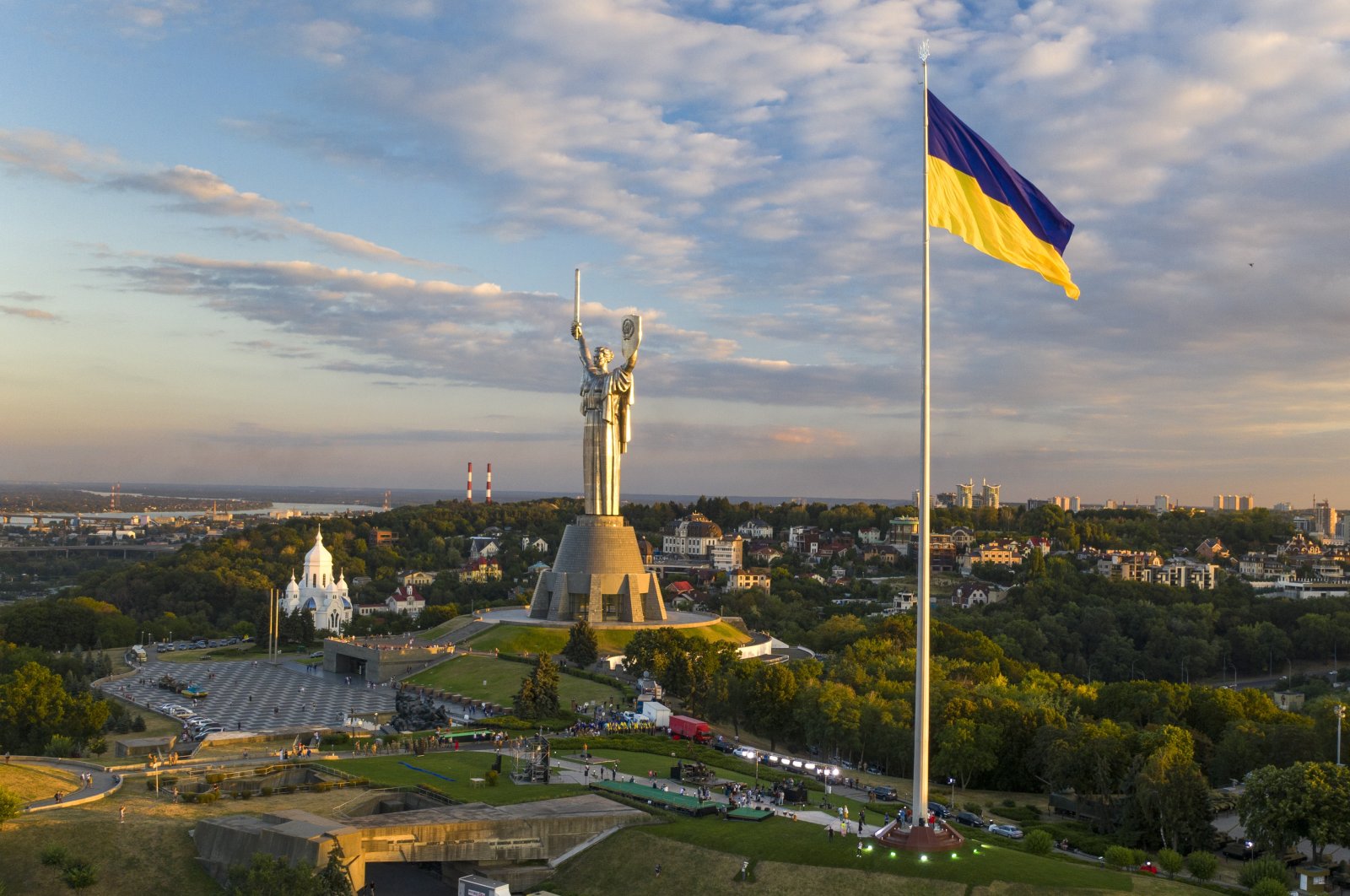 Ukraine's biggest flag flies 90 meters above Kyiv after it was installed on the eve of the State Flag Day, with the Motherland Monument at the center, Ukraine, Aug. 22, 2020. (AP Photo)
by Compiled from Wire Services Aug 26, 2020 4:16 pm

Ukraine on Wednesday imposed a temporary ban on most foreigners entering the country until Sept. 28 and extended lockdown measures until the end of October to contain a recent spike in coronavirus cases.

Speaking at a televised Cabinet meeting, Prime Minister Denys Shmygal said an exception will be made for foreign nationals with a Ukrainian residence permit and members of international and humanitarian missions.

He also emphasized the government would need to make a decision Thursday on whether to ban major public events in September.

During the meeting, Interior Minister Arsen Avakov appealed to the government with a request to include in this list those who come for medical treatment and called for separately considering requests for citizens of Belarus who want to cross the Ukrainian border due to the crackdown in the country which occurred after the presidential elections.

The first case of coronavirus infection in the country was detected on March 3 in the Chernivtsi region. On March 17, authorities announced a nationwide quarantine. Since Aug. 1, Ukrainian regions have been divided into four zones, where different restrictions apply depending on the outbreak situation.