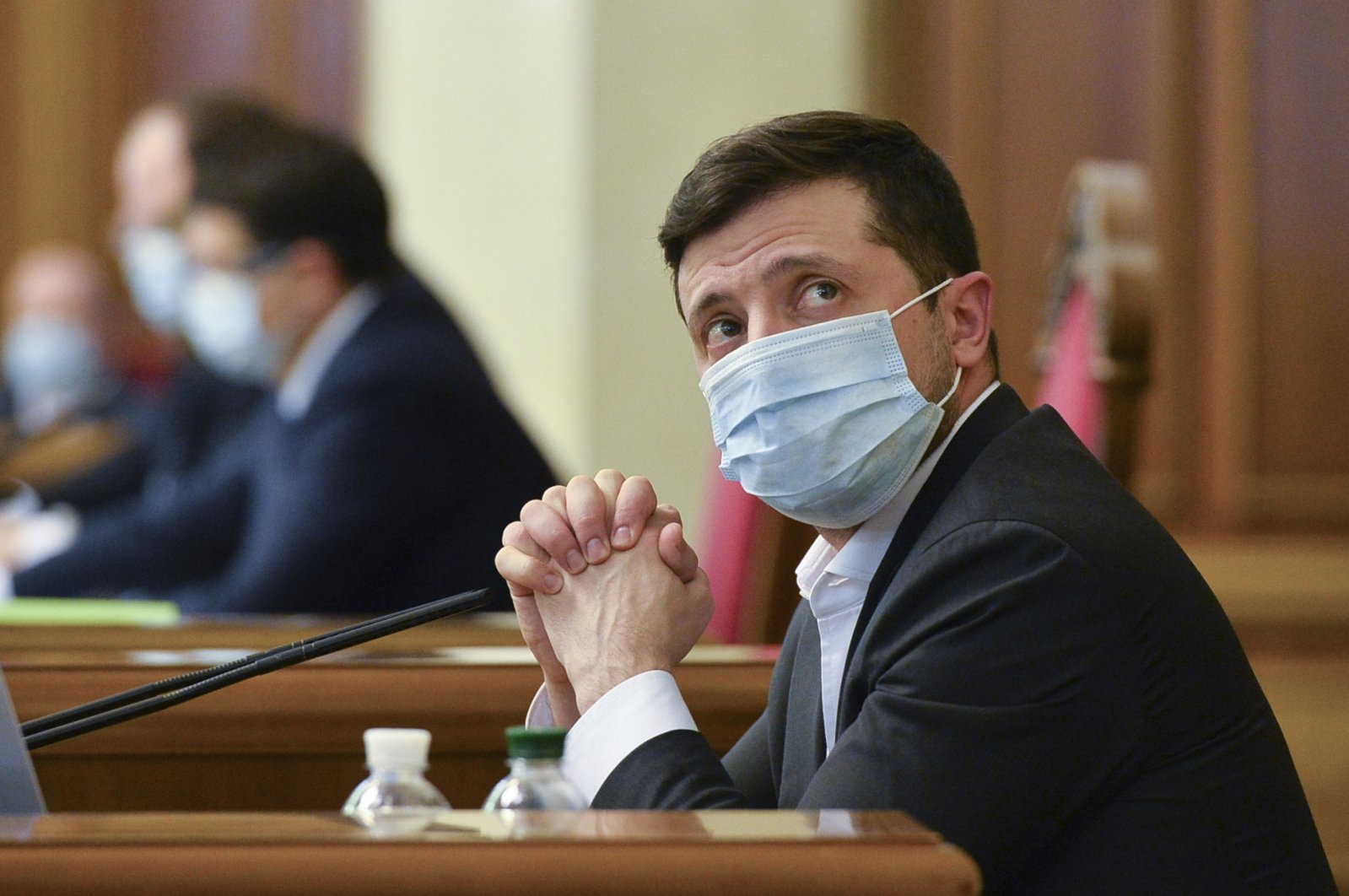 Ukrainian President Volodymyr Zelenskiy wears a mask to protect against the coronavirus during an extraordinary parliamentary session, Kiev, Ukraine, March 31, 2020. (AP Photo)
by Agencies
Nov 12, 2020 11:08 am

Ukraine's President Volodymyr Zelenskiy was hospitalized after he contracted the coronavirus earlier this week, a presidential official said Thursday.

"He first went home but decided to move to Feofania (hospital), to accurately isolate and not expose anyone," a presidential spokesperson told Reuters.

"There are better conditions for patients. Nothing serious," she said, referring to the president's health.

Zelenskiy said Monday he had tested positive for the coronavirus. Three other top officials, including the finance minister, the defense minister and Zelenskiy's top aide, were also reported to be infected.

The 42-year-old Zelenskiy became president in 2019 as a political neophyte who had previously been an actor and comedian. He became popular in the country for a TV sitcom, “Servant of the People,” in which he played the role of a teacher who unexpectedly becomes president after making a rant about corruption that goes viral. He handily defeated incumbent Petro Poroshenko.

Ukraine registered a total of 500,865 coronavirus cases as of Thursday, with 9,145 deaths.