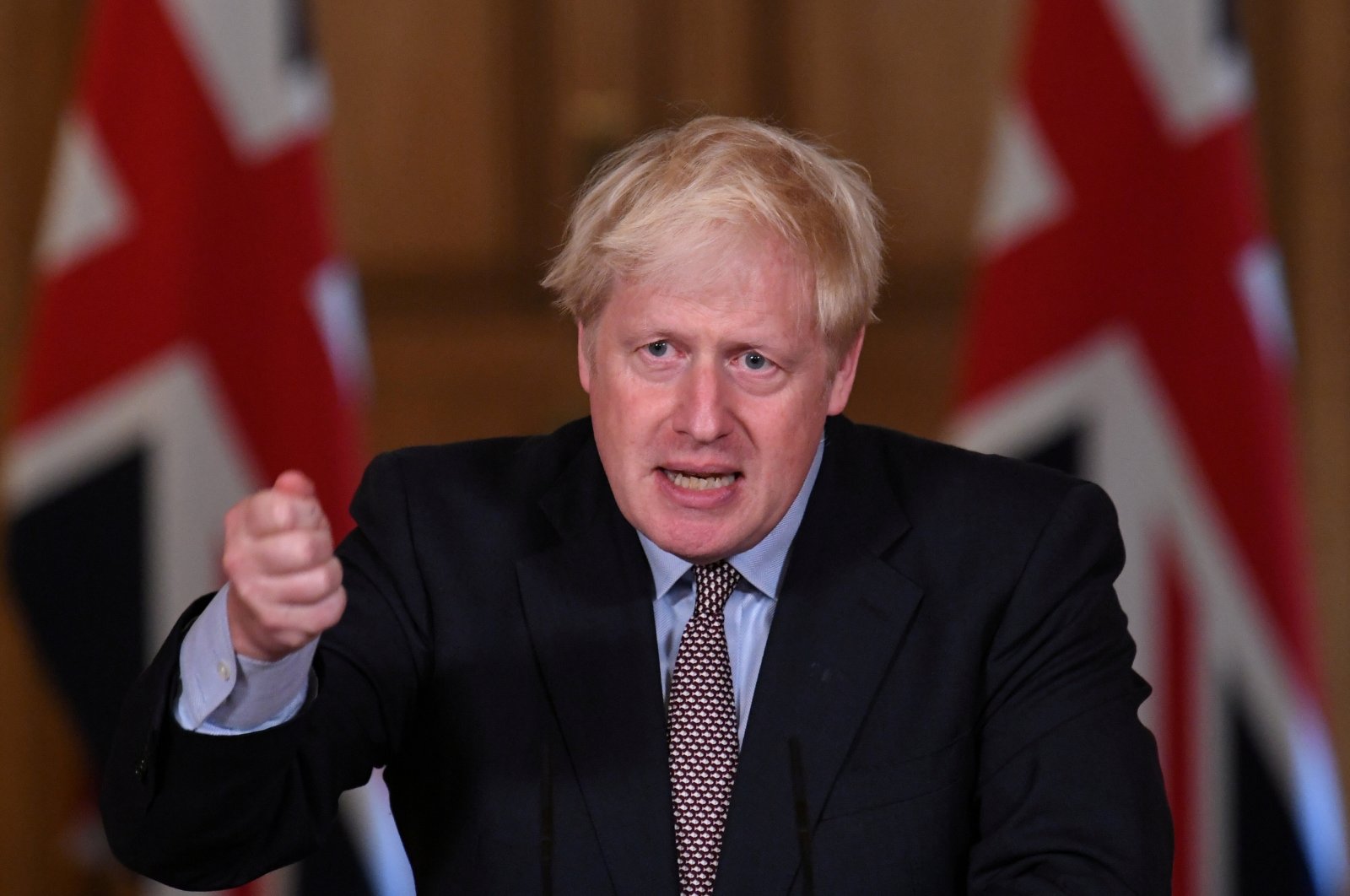 Prime Minister Boris Johnson was trying to dampen down growing opposition on Monday to his plan to unilaterally rewrite Britain’s divorce deal with the European Union after his former attorney general said doing so would permanently damage the United Kingdom’s reputation.

Geoffrey Cox, who was the government’s top legal officer when Johnson negotiated the agreement less than a year ago, said Monday that reneging on the deal would be an "unconscionable” breach of international law.

Cox, previously a strong supporter of Johnson on Brexit, said he wouldn’t support the proposal when the House of Commons takes its first vote on the legislation later in the day.

"I simply cannot approve or endorse a situation in which we go back on our word, given solemnly,” Cox said Monday on Times Radio. "The breaking of the law ultimately leads to very long-term and permanent damage to this country’s reputation.”

Johnson's move threatens to sink already-foundering negotiations between Britain and the EU on a post-Brexit trade deal. Johnson says the EU has threatened to use the terms of the withdrawal agreement to block food shipments from the rest of the U.K. to Northern Ireland unless Britain agrees to accept EU regulations.

The EU says it merely wants Britain to live up to the terms of the agreement.

EU leaders are outraged at the prime minister’s proposal, which they say would breach an international treaty. The bloc has threatened the U.K. with legal action if it does not drop the threat to break international law by the end of the month.

As part of the withdrawal deal, Britain and the EU agreed to keep Northern Ireland – the only part of the U.K. to share a border with the bloc – bound to some EU rules on trade, to avoid the need for border checks on goods moving between Northern Ireland and the Republic of Ireland. Both sides accepted this compromise to protect the peace process in Northern Ireland.

Johnson now says the EU’s demands would effectively create a border between Northern Ireland and the rest of the U.K., threatening the integrity of the nation. His internal market bill would allow the government to ignore provisions of the withdrawal deal that govern goods shipped within the U.K.

With an 80-seat majority in the House of Commons, Johnson is expected to have enough votes to push his legislation through Parliament. But Cox’s opposition fuels a rising tide of resistance from members of the prime minister’s own Conservative Party.

Conservative lawmaker Rehman Chishti quit Monday as the prime minister’s special envoy on freedom of religion in protest at the bill. He tweeted that as a former lawyer, "values of respecting rule of law & honouring one’s word are dear to me.”

Cox, a respected lawyer who staunchly defended the government during parliamentary debates last year, said that the "unpalatable” consequences of the withdrawal deal were well-known when it was negotiated.

He said that rather than reneging on its international commitments, the government should use the legal remedies contained in the agreement itself to challenge any unreasonable behavior by the EU.

"No British minister should solemnly undertake to observe treaty obligations with his fingers crossed behind his back,” Cox wrote in the Times of London.

The debate comes at a crucial moment for talks between Britain and the EU.

The U.K. formally left the bloc on Jan. 31, but existing trade rules remain in effect until the end of this year under a transition arrangement designed to provide time to negotiate a long-term trade agreement.

Johnson says he still wants a deal, but he is willing to leave without one if the EU makes unreasonable demands.

A no-deal exit on Jan. 1 would hit some EU nations, including Ireland, France, Belgium and the Netherlands, especially hard. Ireland, which has the EU’s only land border with the U.K., stands to lose the most in a breakdown of trade talks.