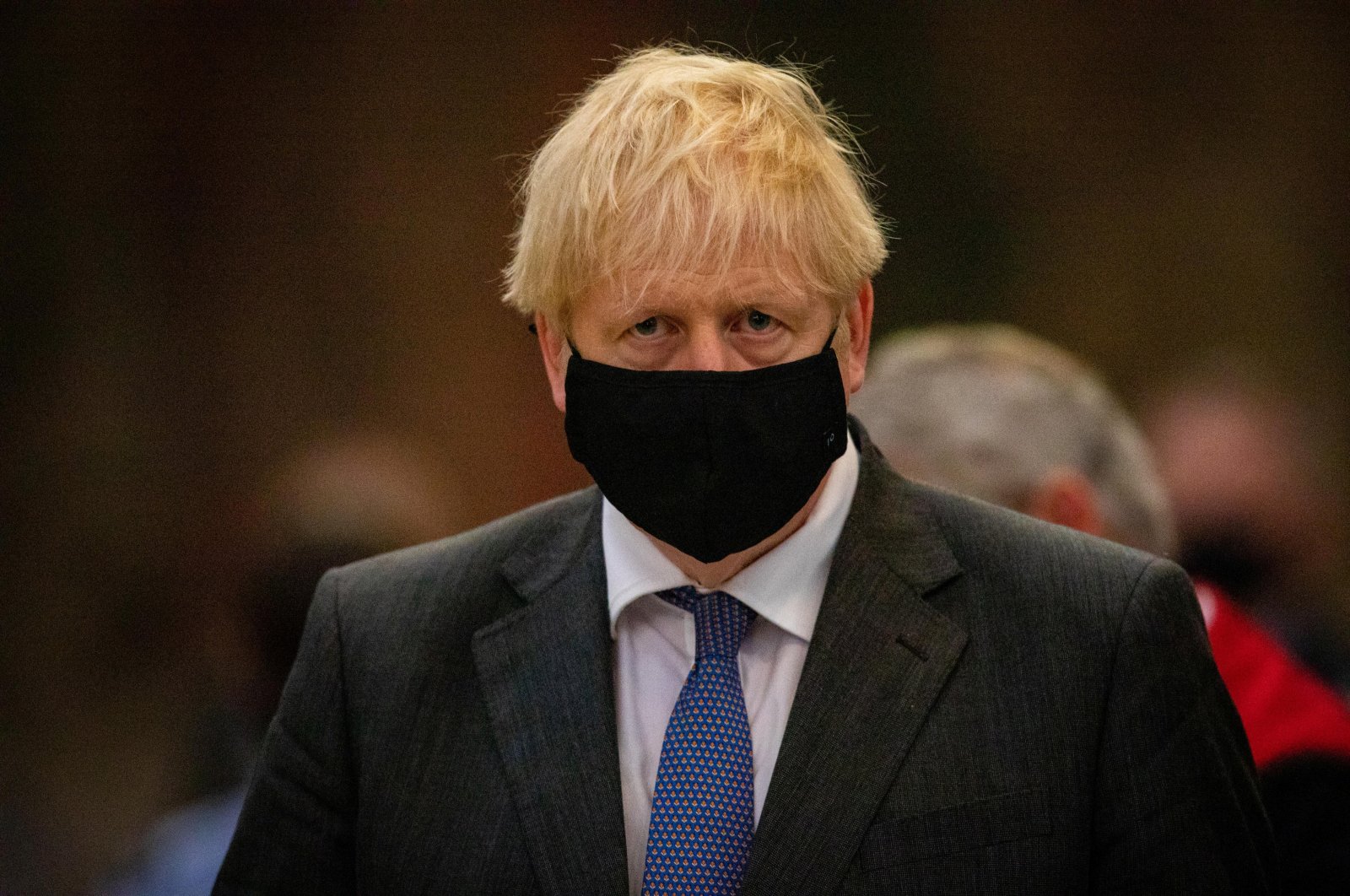 Britain's Prime Minister Boris Johnson attends a service to mark the 80th anniversary of the Battle of Britain at Westminster Abbey in London, Britain, Sept. 20, 2020. (Reuters Photo)
by REUTERS Sep 22, 2020 10:36 am
RECOMMENDED

British Prime Minister Boris Johnson will tell people on Tuesday to work from home and will impose new curbs on pubs, bars and restaurants in a bid to tackle the swiftly accelerating second wave of the coronavirus outbreak.

In an address to Parliament at 11:30 a.m. GMT and then to the nation at 7 p.m. GMT, Johnson will stop some way short of a full national lockdown of the sort he imposed in March.

“We know this won’t be easy, but we must take further action to control the resurgence in cases of the virus and protect the NHS,” Johnson will say, according to excerpts of his remarks distributed by his Downing Street office.

The measures come after senior medics warned on Monday that Britain faced an exponentially growing death rate within weeks unless urgent action was taken.

New COVID-19 cases are rising by at least 6,000 a day in Britain, according to week-old data, hospital admissions are doubling every eight days, and the testing system is buckling.

The new curbs will restrict the hospitality sector to table service only, by law.

Just weeks after urging people to start returning to work, Johnson will advise them to work from home if they can. He will also order all pubs, bars, restaurants and other hospitality sites across England to start closing at 10 p.m. from Thursday.

“One of the things we are going to emphasize is that if it is possible for people to work from home, we are going to encourage them to do so,” Michael Gove, the minister for the Cabinet office, told Sky News.

“There is going to be a shift in emphasis.”

While millions across England, Scotland, Wales and Northern Ireland are already under some form of restriction, Johnson is not expected to announce a full-fledged lockdown of the kind seen in March.

The United Kingdom already has the biggest official COVID-19 death toll in Europe – and the fifth-largest in the world – while it is borrowing record amounts in an attempt to pump emergency money through the damaged economy.

Gove, one of Johnson’s most senior ministers, said there were many roles that could not be performed at home, in areas from manufacturing and construction to retail.

“We need to balance, obviously, the need to ensure that people can continue to work and indeed – critically – continue to go to school and benefit from education, against taking steps to try to reduce the virus, which is why if we can limit, or appropriately restrain, social contact, that is what we are trying to do,” he said.

“The second shutdown begins,” read the front-page headline of the Daily Telegraph while the Daily Mail said: “UK slammed into reverse”.

Shares in Britain’s listed pubs and restaurant groups fell sharply on Monday in anticipation of the move. While there is no consistent policy nationwide, the move will advance closing time by at least an hour for most areas.

London Mayor Sadiq Khan said he had agreed with local council leaders and public health experts on new COVID-19 restrictions to be put to the central government, in an attempt to stem the outbreak in the capital.