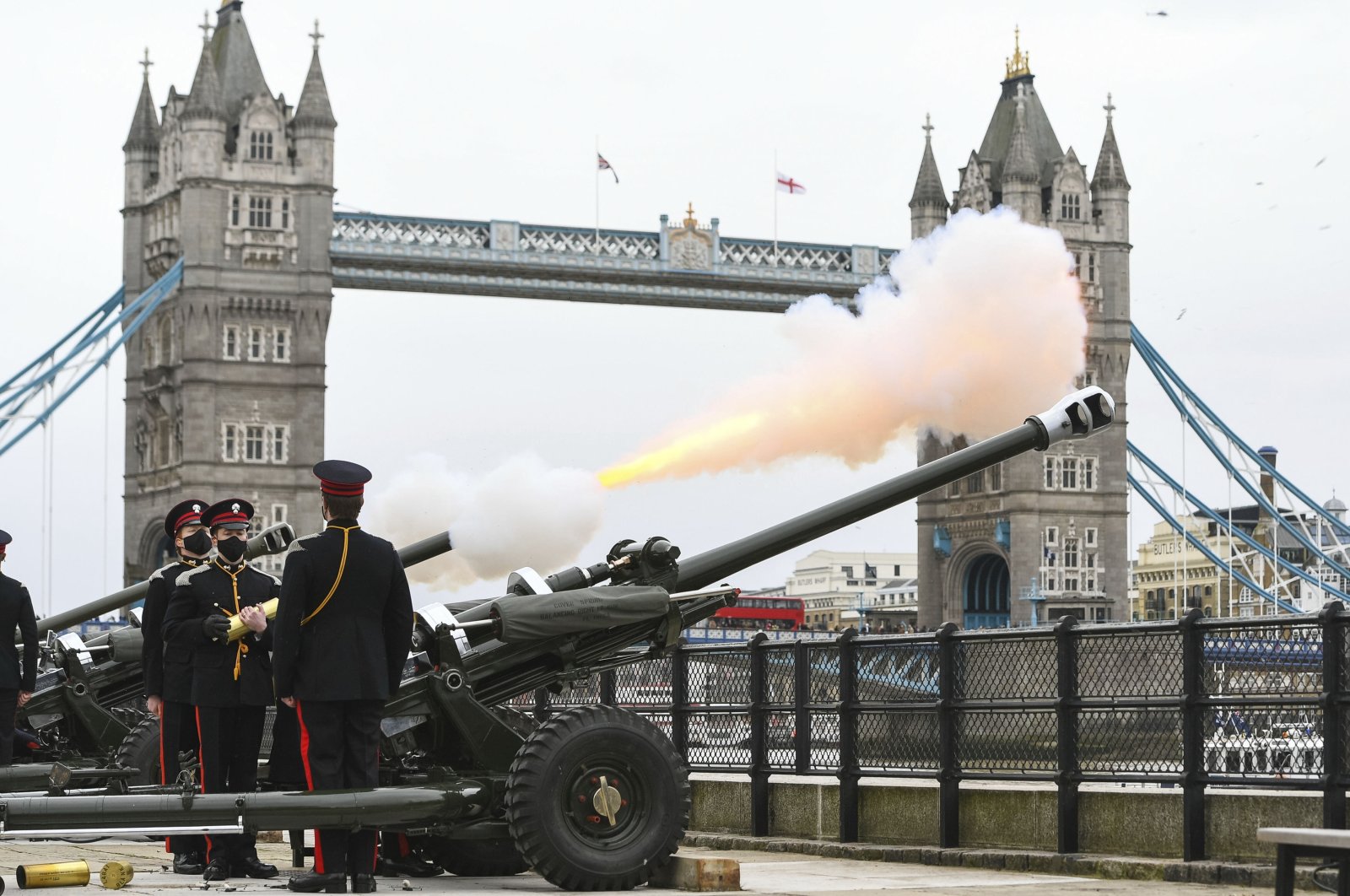 Members of the Honourable Artillery Company fire a 41-round gun salute from the wharf at the Tower of London, to mark the death of Prince Philip, London, U.K., Saturday, April 10, 2021. (PA via AP)
by ASSOCIATED PRESS Apr 10, 2021 3:20 pm
RECOMMENDED

Gun salutes rang out across the United Kingdom, in Commonwealth countries and at sea Saturday to pay tribute to Prince Philip, as military leaders honor the former naval officer and husband of Queen Elizabeth II.

Buckingham Palace announced Friday that Prince Philip had died at the age of 99.

Batteries of cannons in London, Edinburgh, Cardiff, Belfast and other cities fired 41 rounds at one-minute intervals starting at midday. The Australian Defense Force offered its salute at 5 p.m. local time outside Parliament House in Canberra and New Zealand planned to give an artillery tribute Sunday.

“His Royal Highness leaves us with a legacy of indomitable spirit, steadfastness and an unshakeable sense of duty,’’ said General Nick Carter, chief of the U.K. Defense Staff. “From all of us who serve today and who have served, thank you.”

Also known as the Duke of Edinburgh, Philip served in the Royal Navy during World War II and once had a promising military career. He joined the Royal Navy as a cadet in 1939 and won mentions during the war for his service aboard the battleship HMS Valiant at Cape Matapan, on Greece’s Peloponnesian peninsula. He rose to the rank of commander before he retired from active duty.

Two years after the war ended, Philip married the future queen at Westminster Abbey when she was 21 and he was 26. His naval career came to an abrupt end when King George VI died in 1952 and Elizabeth became queen.

At the queen’s coronation in 1953, Philip swore to be his wife’s “liege man of life and limb” and settled into a life supporting the monarch. The couple had four children – Charles, the heir to the throne, Anne, Andrew and Edward.

Members of the public left flowers outside Buckingham Palace and Windsor Castle Saturday, ignoring appeals from authorities and the royal family to refrain from gathering because of the COVID-19 pandemic.

“Oh, I think everyone’s in shock,” Maureen Field, a 67-year-old Staines resident, said. “I think everyone would like to pay their respects. Because of the virus, a lot of people have to stay away. He didn’t want a big funeral. He wanted a very private time with his family to say their goodbyes. So, we’ve all got to respect that.”