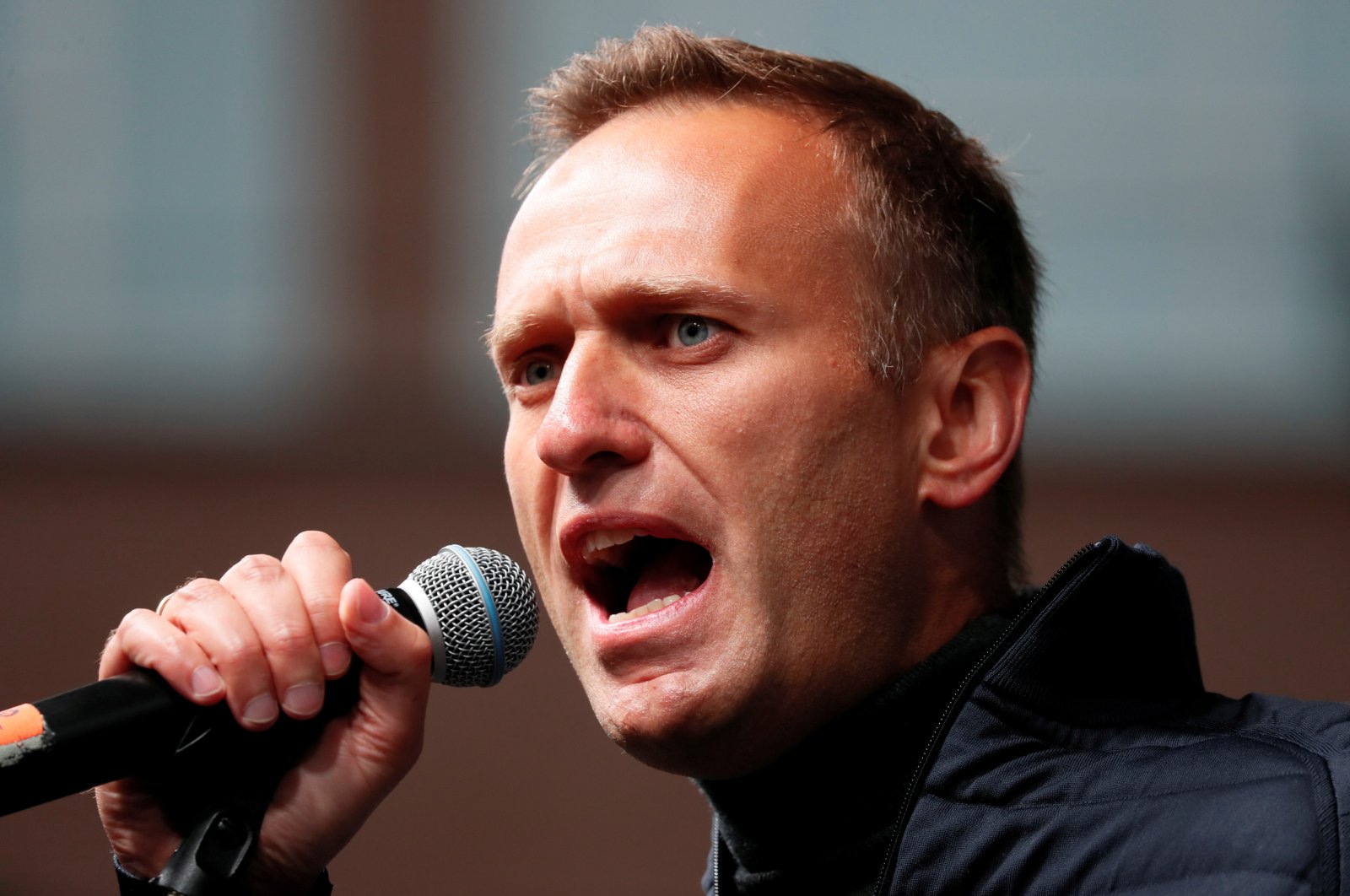 Russian opposition leader Alexei Navalny delivers a speech during a rally to demand the release of jailed protesters, who were detained during opposition demonstrations for fair elections, in Moscow, Russia Sept. 29, 2019. (Reuters Photo)
by ASSOCIATED PRESS Sep 02, 2020 4:45 pm
RECOMMENDED

Navalny, a politician and corruption investigator who is one of Russian President Vladimir Putin’s fiercest critics, fell ill on a flight back to Moscow from Siberia on Aug. 20 and was taken to a hospital in the Siberian city of Omsk after the plane made an emergency landing.

He was later transferred to Berlin’s Charite hospital, where doctors last week said there were indications that he had been poisoned.

Chancellor Angela Merkel’s spokesman, Steffen Seibert, said in a statement Wednesday that testing by a special German military laboratory had shown proof of "a chemical nerve agent from the Novichok group.”

Novichok, a Soviet-era nerve agent, was used to poison former Russian spy Sergei Skripal and his daughter in Britain. It is a cholinesterase inhibitor, part of the class of substances that doctors at the Charite initially identified in Navalny.

Seibert said the German government will inform its partners in the European Union and NATO about the test results. He said that it will consult with its partners in light of the Russian response "on an appropriate joint response.”

A Kremlin spokesman said Germany had not informed it that Berlin believed Navalny had been poisoned with Novichok, according to the RIA news agency.

Navalny’s allies in Russia have insisted he was deliberately poisoned by the country’s authorities, accusations that the Kremlin rejected as "empty noise.”

The Russian doctors who treated Navalny in Siberia have repeatedly contested the German hospital’s conclusion, saying they had ruled out poisoning as a diagnosis and that their tests for poisonous substances came back negative.