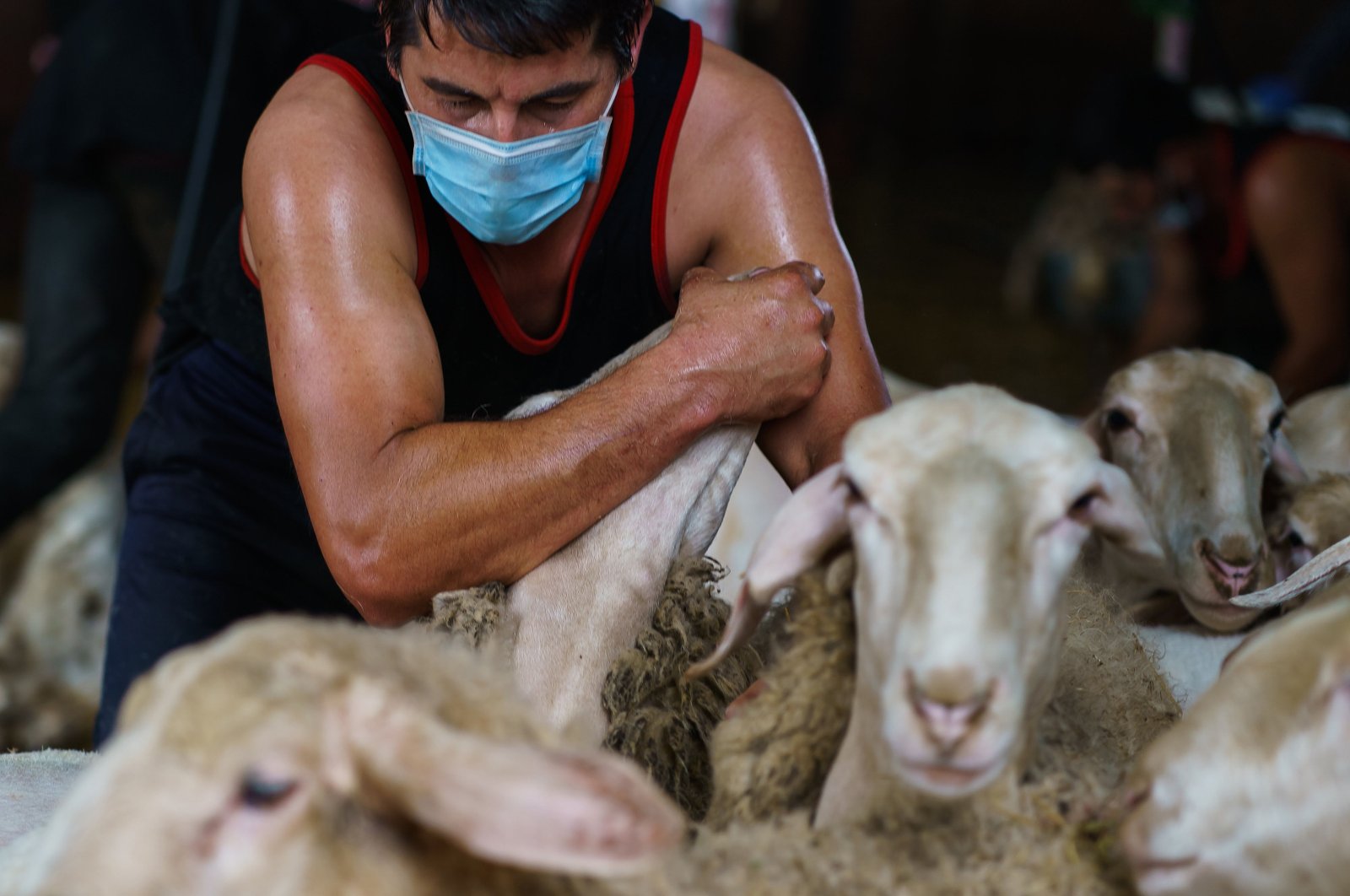 Wearing a mask and a vest, Helder Canto grips the sheep firmly as he begins to shear off its heavy coat, his expertise bringing him on a more than 10,000-kilometer (6,000-plus mile) journey from Uruguay to the rural heartlands of northwestern Spain.

It's an annual trip he normally makes, but this year, things have been upended by the global pandemic, with Canto and some 250 other Uruguayan sheep shearers arriving six weeks later than normal given the difficulties of traveling in a world under lockdown.

Their charter flight landed in Madrid on Wednesday with the team set to work flat out at dozens of farms in Spain until July.

"There aren't enough sheep shearers (in Spain), and it's not like going to pick fruit. If you don't know how to shear, it's not something you can learn in two months," explained Jose Moran, who owns the shearing firm where Helder works every year. "If they didn't come from Uruguay, we'd lose everything."

They got down to work on the very first day, shearing some 1,300 sheep and another 750 on Friday morning at a small farm in Villabraz, a village of barely 100 residents in the northwestern Leon province.

"We have 60,000 sheep that need to be sheared by July 20," said this 38-year-old who comes from Baltasar Brum in northern Uruguay where there is a monument to the town's sheep shearers.

Not an easy decision

In Spain, where freedom of movement has been dramatically curbed to slow the spread of the coronavirus that has now killed more than 27,000 people, Helder's crew are staying together and avoid going out as much as possible.

The global pandemic and the resulting travel restrictions have thrown up a host of complications for seasonal workers and for the farmers and livestock breeders who rely on them.

This time, traveling to Spain was not an easy decision for the Uruguayan sheep shearers who go there every year for work.

"We were afraid for two reasons, firstly because we need the money and we rely on these seasonal earnings but also because we were afraid of the virus," explained Canto. "In Uruguay, there aren't many cases, and the fear is that we get infected and take it back home."

But in the end, they came because they had to. "A football player can stop and not really have any problems, but those of us who work in agriculture can't," he said.

Shearing is part of the seasonal cycle of caring for a sheep and is crucial to the animal's health. If not shorn, they are at risk of overheating and being infected by parasites and disease.

According to Moran, a skilled shearer can earn more than 20,000 euros ($21,643) during the shearing season in Spain. "They come because they make a lot of money, and they earn it because there's an awful lot of work," he said.