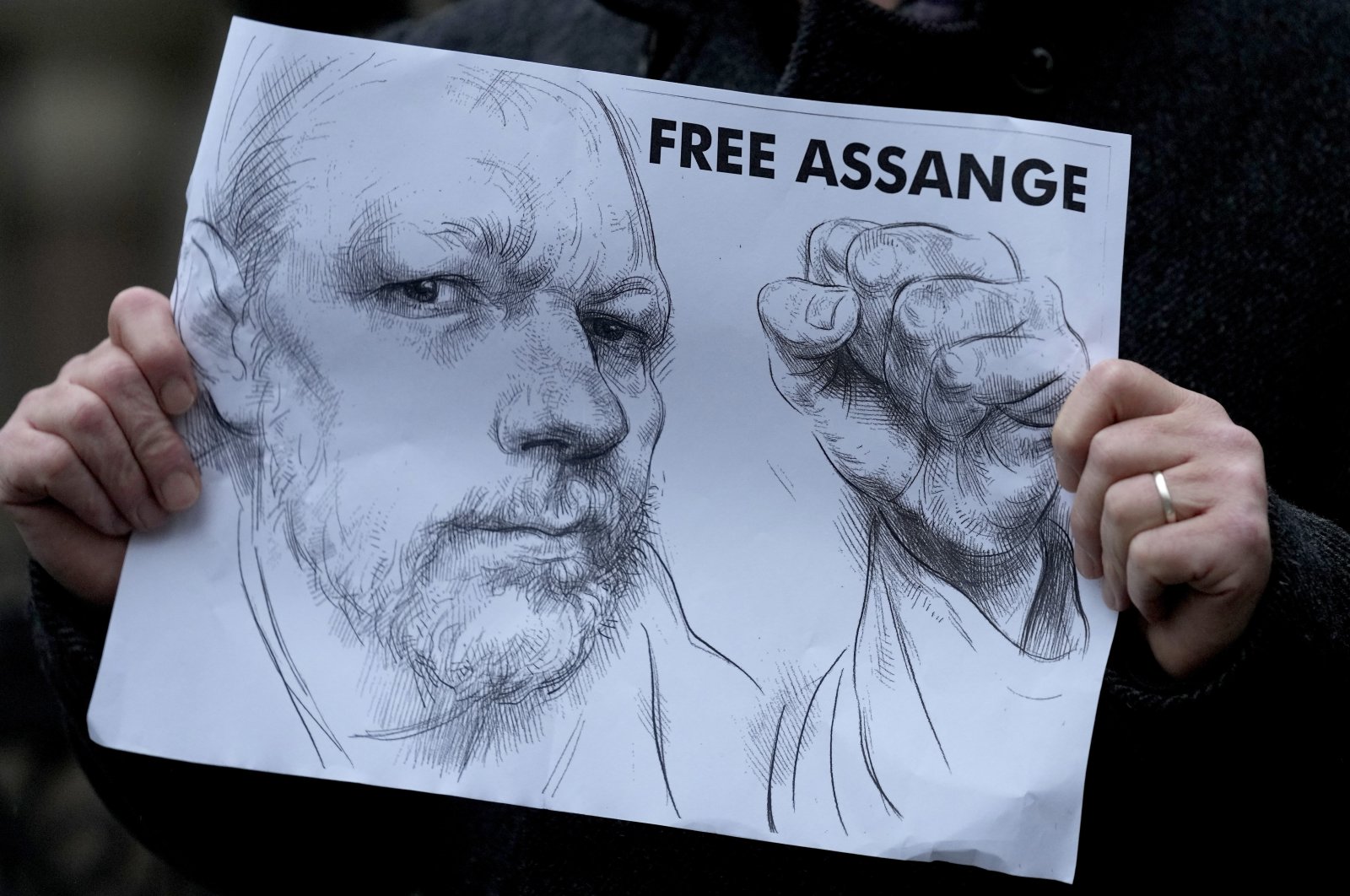 The United States on Wednesday appealed against a British judge's decision to block the extradition of WikiLeaks founder Julian Assange to face charges that could jail the divisive Australian for life.

At the start of a two-day hearing in London, the U.S. government asked Britain's High Court of Justice to overturn a ruling in January that Assange is a serious suicide threat if sent across the Atlantic.

"We maintain that the district judge was wrong to come to the conclusion she did," said James Lewis, a lawyer for the U.S. government.

The two senior judges sitting on the High Court will deliver their own ruling at a later date, but the issue is likely to drag on for longer still.

Outside the court in central London, Assange's partner Stella Moris – with whom he has two children – joined two dozen protesters demanding his immediate release from London's high-security Belmarsh jail.

"He is very thin. And I hope that the courts will end this nightmare," she said.

One demonstrator dressed in black and a funereal veil held a banner reading "RIP British Justice." Another, 20-year-old Ruby Allen, said Assange was an innocent defender of "press freedom."

"Extradition is a death sentence basically. If he's extradited to America the conditions will be so much worse," she said.

Assange, 50, is wanted in Washington to face 18 charges relating to the 2010 release by WikiLeaks of 500,000 secret files detailing aspects of military campaigns in Afghanistan and Iraq.

He has been indicted for violating the U.S. espionage act and for hacking, based on the alleged aid he gave former military intelligence officer Chelsea Manning in obtaining the documents from secure computer systems.

If convicted in the U.S., he faces a maximum sentence of 175 years in jail.

The U.S. government has said the judge who made the ruling in January, Vanessa Baraitser, "didn't appreciate the weight" of expert evidence that said Assange was not at risk of suicide.

Baraitser rejected U.S. experts' testimony that Assange would be protected from self-harm, noting that others, such as disgraced U.S. financier Jeffrey Epstein, had managed to kill themselves in U.S. custody.

But the U.S. government's lawyers have argued Baraitser was "misled" in evidence from Assange's psychiatric expert Michael Kopelman, who they claim concealed things such as that his client had fathered children with Moris while holed up in the Ecuadorian Embassy in London.

Assange was arrested in Britain in 2019 for jumping bail after spending seven years inside the embassy to avoid extradition to Sweden where he faced allegations of sexual assault. These were later dropped.

Whatever the High Court decides, months if not years of further legal wrangling loom.

If the U.S. appeal is successful, the case will be sent back to a lower court for a new decision. And whoever loses can also ask for permission for a further, final appeal to the U.K.'s Supreme Court.

Legal expert Carl Tobias, from the University of Richmond in Virginia, said the U.S. had "some chance" of winning its appeal.

"The U.S. may be able to convince the High Court that Baraitser assigned too much weight" to the Kopelman report, he said.

"However, even if the High Court agrees with the U.S. contention that she accorded too substantial weight to the expert report, that may not be sufficient to warrant overruling her entire decision," he added.

Advocacy group Reporters Without Borders has urged U.S. President Joe Biden to drop the case, arguing the WikiLeaks founder has been "targeted for his contributions to public-interest reporting."

Assange sought but failed to obtain a pardon from Biden's predecessor Donald Trump, whose 2016 election campaign benefited from WikiLeaks' release of materials that damaged his Democratic opponent, Hillary Clinton.