US, NATO must respond to Russian demands by next week: FM Lavrov 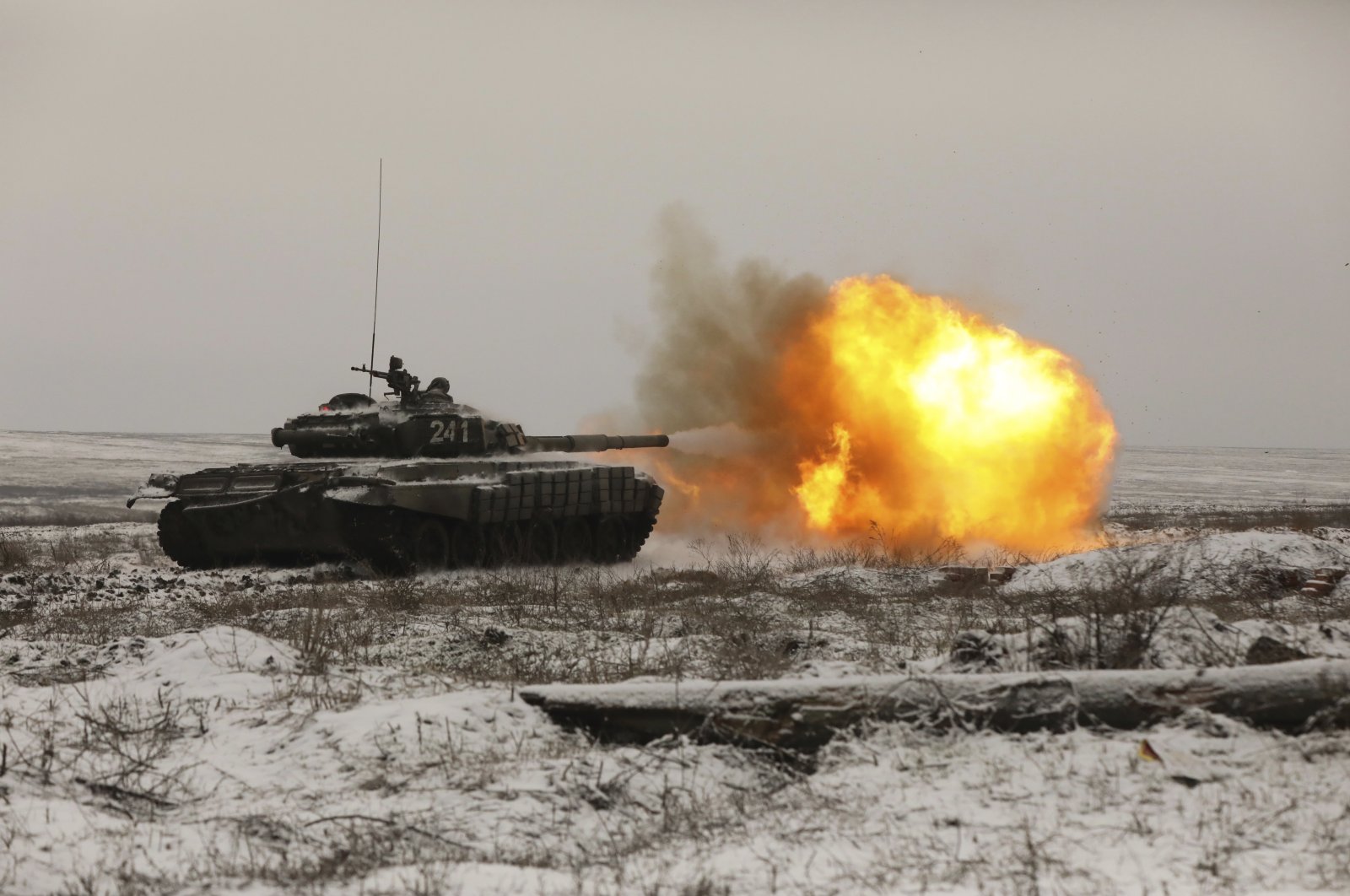 Russia on Friday firmly repeated its demand that NATO should not be allowed to expand eastward, despite the military alliance's rejection of the demand amid Russian troop buildup near Ukraine.

It added that it wouldn't wait indefinitely for the West's response.

Foreign Minister Sergey Lavrov on Friday described Moscow’s demands that NATO will neither expand nor deploy forces to Ukraine and other ex-Soviet nations as essential for the progress of diplomatic efforts to defuse soaring tensions over Ukraine.

He argued that the deployment of NATO forces and weapons near Russia’s borders poses a security challenge that must be addressed immediately.

"We have run out of patience,” Lavrov said at a news conference. "The West has been driven by hubris and has exacerbated tensions in violation of its obligations and common sense.”

Lavrov said that Russia expects Washington and NATO to provide a written response to its demands next week.

Amid the tensions, Ukraine experienced a massive cyberattack Friday, which hit websites of multiple government agencies.

This week's negotiations in Geneva and a related NATO-Russia meeting in Brussels were held amid a significant Russian troop buildup near Ukraine that the West fears might be a prelude to an invasion.

Russia, which annexed Ukraine’s Crimean Peninsula in 2014, has denied having plans to attack its neighbor but warned the West that NATO's expansion to Ukraine and other ex-Soviet nations is a "red line” that mustn't be crossed.

Washington and its allies firmly rejected Moscow's demand for security guarantees precluding NATO's expansion, but Russia and the West agreed to leave the door open to possible further talks on arms control and confidence-building measures intended to reduce the potential for hostilities.

The negotiations took place as an estimated 100,000 Russian troops with tanks and other heavy weapons are massed near Ukraine’s eastern border. The U.S. and its allies urged Russia to deescalate by pulling troops back to their permanent bases, but Moscow has rebuffed the demand, saying it's free to deploy forces on its territory wherever it deems necessary.

The Russian Defense Ministry said Friday that troops stationed in eastern Siberia and the far east region have been scrambled for movement across the country as part of snap drills to check their "readiness to perform their tasks after redeployment to a large distance.”

The ministry noted that "special attention will be given to the assessment of the country's transport infrastructure to ensure the movement of troops,” adding that the troops will conduct drills involving firing live ammunition after the redeployment.

Russia seized the Crimean Peninsula after the ouster of Ukraine’s Moscow-friendly leader and in 2014 also threw its weight behind a separatist insurgency in eastern Ukraine. More than 14,000 people have been killed in nearly eight years of fighting between the Russia-backed rebels and Ukrainian forces.