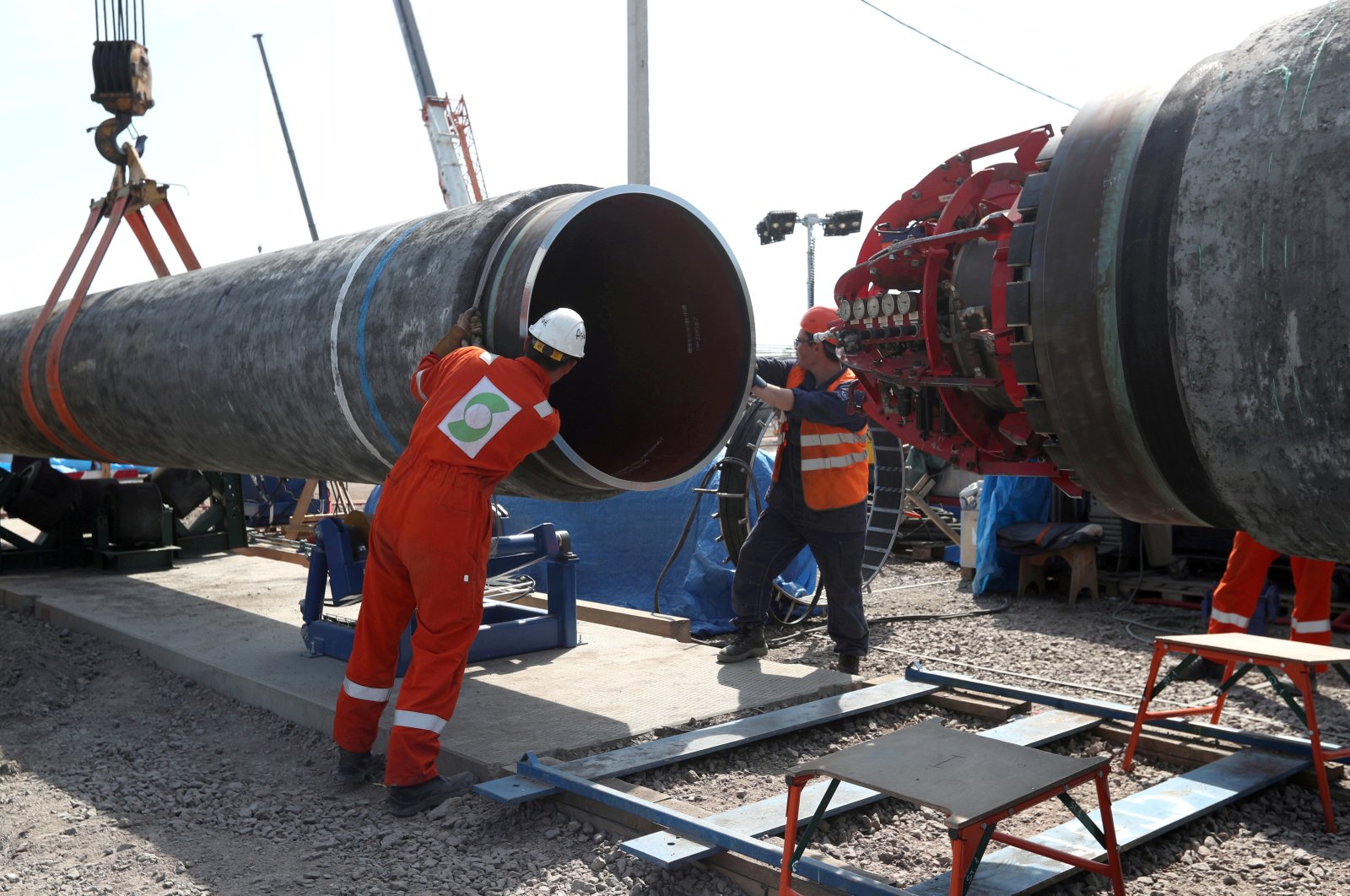 Workers are seen at the construction site of the Nord Stream 2 gas pipeline, near the town of Kingisepp, Leningrad region, Russia, June 5, 2019. (Reuters Photo)
by Anadolu Agency Apr 12, 2021 5:14 pm
RECOMMENDED

The United States warned Germany Monday that it is not willing to compromise on the dispute over the Nord Stream 2 gas pipeline project, which will carry Russian gas to Europe, German media reported.

Washington's new administration is "determined to use all available levers to prevent the completion of Nord Stream 2," the spokesperson for the U.S. Embassy in Berlin, Joseph Giordono-Scholz, told Der Tagesspiegel.

The American diplomat was responding to a question on what possible incentives Germany could offer to ease the row.

Berlin has been hoping the Biden administration would adopt a pragmatic approach to the project that would carry Russian gas to Europe, as it is 95% complete.

U.S. President Joe Biden is currently under pressure from Congress to take a tougher line on Nord Stream 2. Both Biden and his Secretary of State Antony Blinken have called for a stop to the pipeline construction.

"It is a geopolitical project by Russia that threatens Europe's energy security as well as that of Ukraine and the Eastern NATO partners," said Giordono-Scholz.

This judgment is "shared by some of our European partners and even by some serious voices in Germany," he underlined, warning of potential sanctions on any firm involved in Nord Stream 2.

"We will continue to register any organization that may be involved in any sanctioned activity, and have made it clear that any company risks being penalized for participating in Nord Stream 2," Giordono-Scholz said.

After more than a year of threatening to do so, the U.S. introduced its first sanctions on Jan. 19, former President Donald Trump's final full day in office. The administration sanctioned the Russian ship Fortuna, which later resumed laying pipes in Danish waters on Feb. 6.

The pipeline was originally scheduled for completion by the end of 2019.