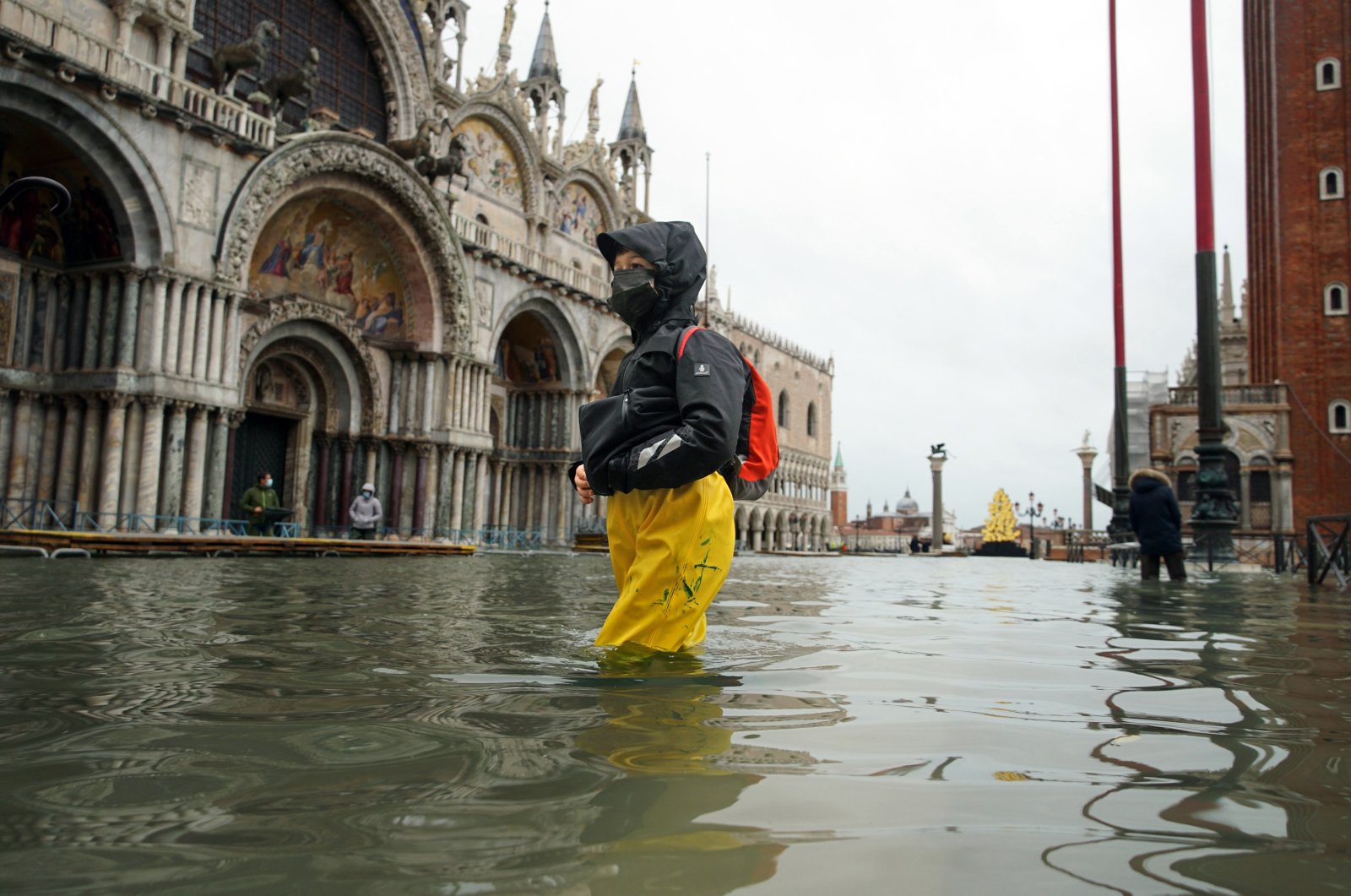 Venice was underwater on Tuesday as heavy rain and strong winds pushed into the lagoon city, catching the authorities off guard before they could activate the huge flood barriers that were rolled out just two months ago.

The system of 78 flood gates, known as Mose, guards the entrance to the Venetian lagoon and are designed to protect the city from tides of up to 3 meters (10 feet). However, they require 48-hours notice to be activated.

Weather bulletins in past days had forecast rainfall pushing sea levels up to 120 centimeters, below the 130-centimeter threshold at which the flood barriers are operated.

Luigi Brugnaro, the city's mayor, said on Twitter that the weather had suddenly worsened and water had reached a 145-centimeter peak as strong sirocco winds blew in from Croatia and two rivers flooded near the sea around Venice.

He called for more rapid and reactive protocols in the operation of Mose in order to face sudden weather changes.

"The situation is terrible, we are underwater," said Carlo Alberto Tesserin, responsible for managing Saint Mark's Basilica, adding that if the water rose further all the internal chapels would be flooded.

The center for tidal forecasts in the Venice area said the water would recede to 120 centimeters on Wednesday and be back up to 135 centimeters on Thursday.

High tides, or "acqua alta" in Italian, have been regular occurrences in Venice over the years, caused by a combination of factors exacerbated by climate change – from rising sea levels and unusually high tides to land subsidence that has caused the ground level of the city to sink.

Of the 24 tides ever recorded above the 140-centimeter level, 15 have occurred in the last two decades, including five last November when the city's St. Mark's Square was submerged under a meter of water.

Designed in 1984, construction of the multi-billion euro Mose project started in 2003 but was plagued by delays, corruption and cost overruns. The 78 yellow barriers were tested in July and then first raised in October.