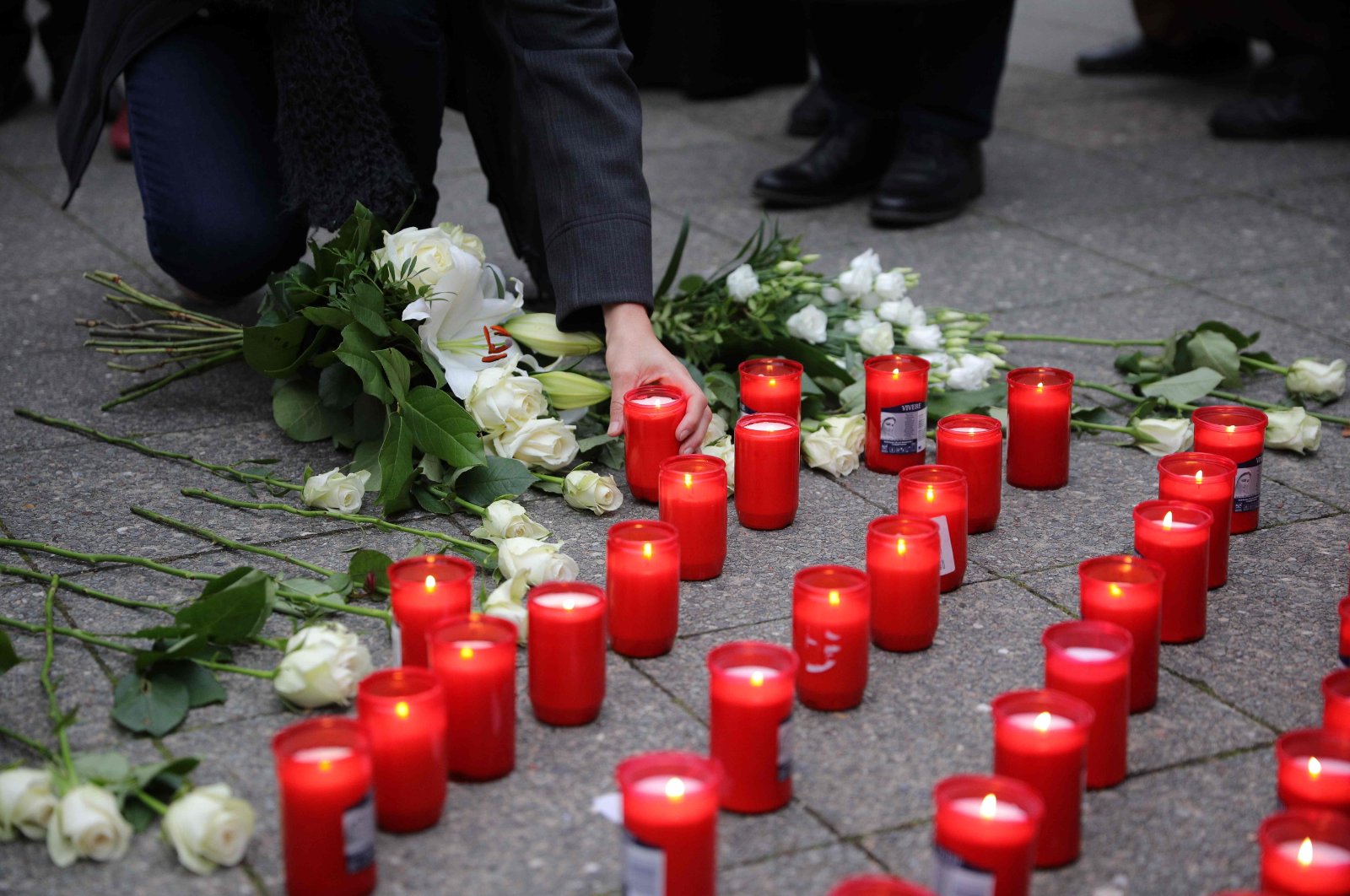 A man lights candles at a vigil remembering the victims of the terrorist attack in Vienna, outside the Austrian embassy in Berlin, Germany, on Nov. 6, 2020. (AFP Photo)
by French Press Agency - AFP Nov 06, 2020 8:53 pm
RECOMMENDED

The head of anti-terror operations in the Austrian capital Vienna was suspended Friday as details emerged of further security lapses in the run-up to Monday's terrorist attack which left four people dead.

Erich Zwettler, the head of Vienna's anti-terror agency, had "asked to be suspended from his functions," Vienna police chief Gerhard Puerstl told a news conference, as further embarrassing revelations came to light of missed opportunities to prevent the bloodshed.

During Monday night's rampage, the first major terror attack in decades in Austria, a 20-year-old man who had previously been jailed in Austria for a terror offense opened fire on passersby with a Kalashnikov in central Vienna, causing shock and anger.

Zwettler's position became untenable in the light of "obvious and intolerable" failures, Interior Minister Karl Nehammer said, after revealing that gunman Kujtim Fejzulai had been in contact with people who had been on the radar of the German intelligence agencies.

A tip-off from German intelligence about these meetings had apparently not lead to increased surveillance of Fejzulai, who at the time was following an Austrian de-radicalization program having been released early from jail.

Earlier this week, it came to light Austrian intelligence officials had also been warned by their counterparts in neighboring Slovakia that Fejzulai had attempted to buy ammunition earlier this year.

Nehammer himself has come under pressure in the days since the attack with sharp criticism coming from opposition parties that the failures had taken place under his watch.

The dual Austrian-Macedonian, who was shot dead by police, had been convicted in April 2019 for trying to join the Daesh terrorist group in Syria but released early in December on probation.

Nehammer said earlier this week that Fejzulai had managed to "fool" the de-radicalization program, attendance of which had been a condition of his release.

Also on Friday, the Vienna prosecutor's department said that of the 16 people arrested in the wake of the attack, eight of them aged between 16 and 24 were suspected of "supporting the perpetrator in the run-up to attack," while another six had been released.

The probe into the attacker's circle has spread to Austria's neighbors, with investigations ongoing in Switzerland and Germany.

On Friday, German police said they had raided apartments and offices in the northeast of the country used by four people who might have had links to Fejzulai.

"Two of the individuals are believed to have met the suspected assailant in July 2020 in Vienna," Germany's federal criminal agency said.

Prosecutors in Switzerland have confirmed that two Swiss men aged 18 and 24 who were arrested Wednesday had already been the targets of criminal cases over terrorism offenses.