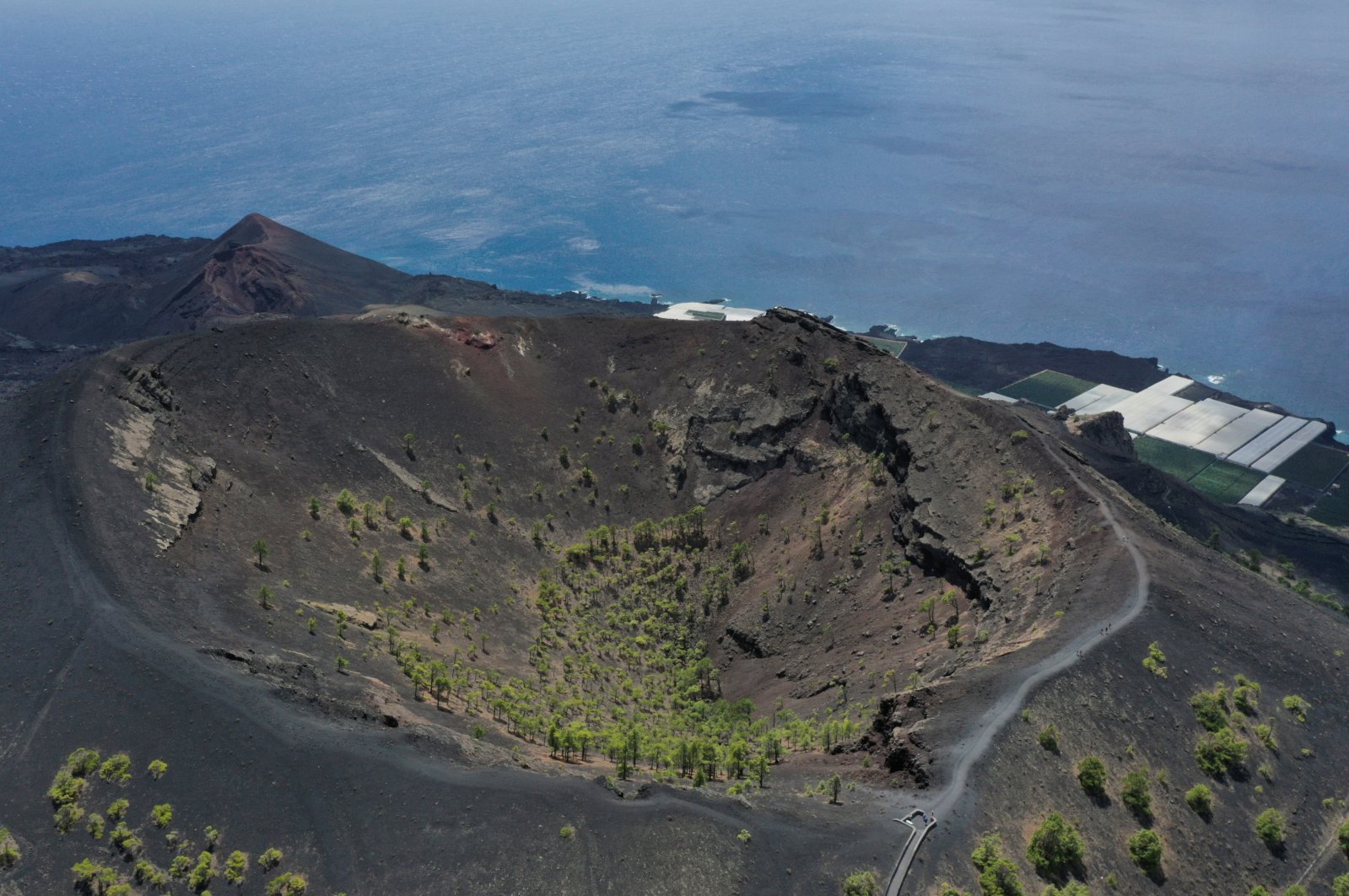 An aerial view of San Antonio Volcano in the foreground and Teneguia Volcano in the background, on the Canary Island of La Palma, Spain, Sept. 17, 2021. (Reuters Photo)
by REUTERS Sep 19, 2021 4:44 pm

The rising risk of a volcanic eruption prompted the evacuation of people with mobility problems and some farm animals on the Spanish island of La Palma Sunday. A total of 40 people were impacted as the scientists put out their warnings.

Scientists recorded a series of earthquakes reaching 3.8 magnitude in the Cumbre Vieja national park in the south of the island, according to the Spanish National Geographical Institute.

The vulnerable people and farm animals were evacuated from Las Manchas, Fuencaliente, La Bombilla, El Remo and Puerto Naos, the Canary Islands government said, but the island remains on yellow alert, the second-lowest of a four-level alert system.

Soldiers have been deployed to help with the evacuation, the defense ministry said.

Authorities have not ordered the general evacuation of up to 35,000 people who live near the volcano.

"The earthquakes are becoming more forceful and the magma is pushing steadily towards the surface. There is a greater chance of an eruption, which means authorities decided to evacuate some people," said a spokesman for the Canary Islands Volcanology Institute.

After scientists recorded a series of 4,000 tremors, authorities declared a yellow alert for eruption on Sept. 14

Authorities on Friday advised people in those areas to prepare an emergency backpack with vital supplies and a mobile phone in case an evacuation is ordered.