‘We will die’: Hundreds of refugees freezing in Bosnia-Herzegovina after fire guts camp 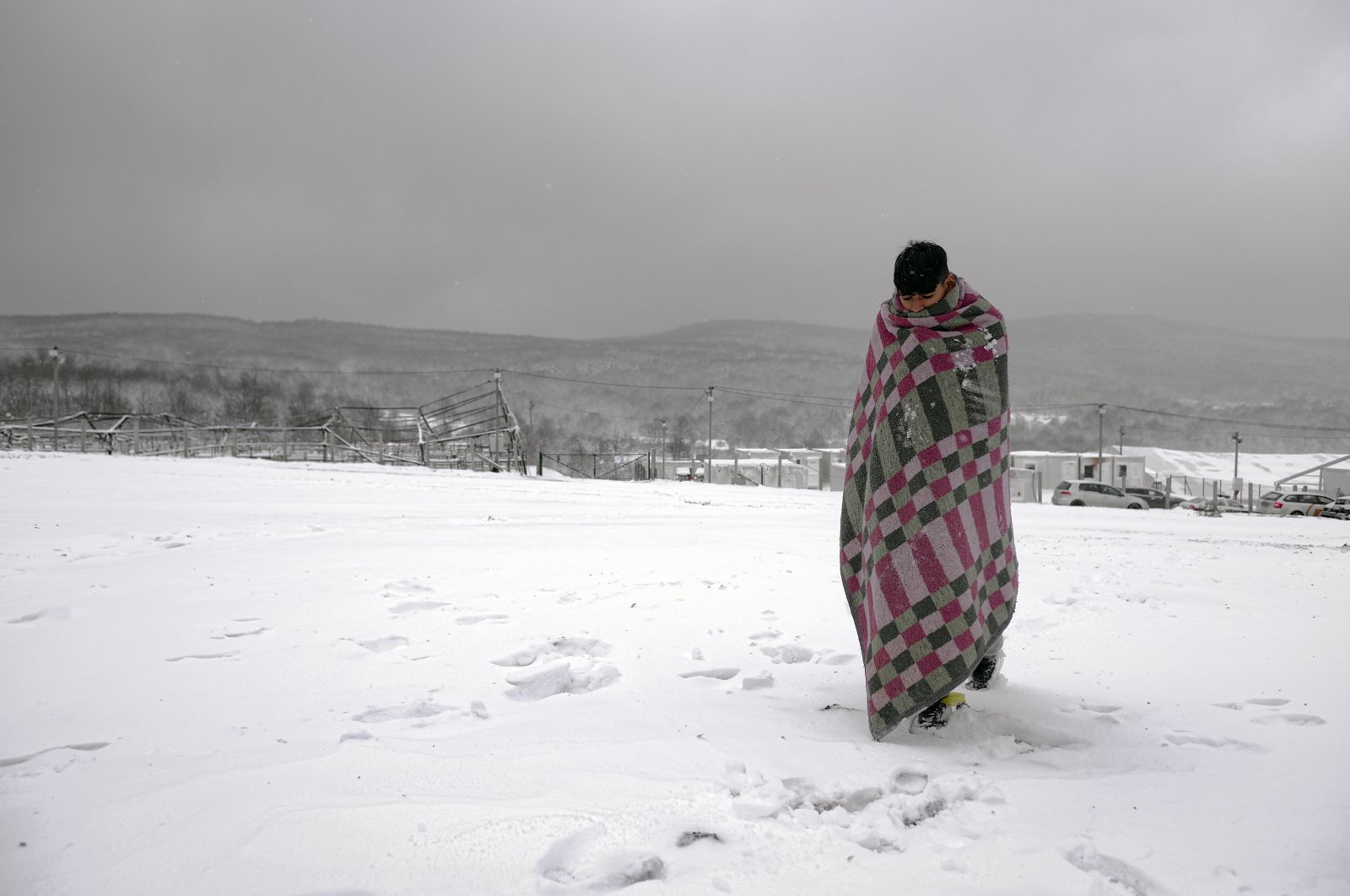 Hundreds of refugees were stranded Saturday in a burnt-out squalid tent camp in Bosnia-Herzegovina as heavy snow fell in the country and winter temperatures suddenly dropped.

Migrants at the Lipa camp in northwest Bosnia-Herzegovina wrapped themselves in blankets and sleeping bags to protect against the biting winds in the region, which borders Croatia, a member of the European Union.

A fire earlier this week destroyed much of the camp near the town of Bihac that already was harshly criticized by international officials and aid groups as being inadequate for housing refugees and migrants.

Despite the fire, Bosnian authorities have failed to find new accommodations for the migrants at Lipa, leaving around 1,000 people stuck in the cold, with no facilities or heat, eating only meager food parcels provided by aid groups.

"Snow has fallen, sub-zero temperatures, no heating, nothing," the International Organization for Migration’s chief of mission in Bosnia-Herzegovina, Peter Van Der Auweraert, tweeted. "This is not how anyone should live. We need political bravery and action now.”

About 10,000 migrants from Asia, the Middle East and North Africa are stuck in Bosnia-Herzegovina, hoping to reach wealthier countries in the EU. Most are concentrated in the country's northwestern Krajina region as other regions in the ethnically divided nations refuse to accept them.

The Lipa camp, which was opened last spring as a temporary shelter for the summer months 25 kilometers (16 miles) from Bihac, was set to be shut Wednesday for winter refurbishing. The central government wanted the migrants to temporarily return to the Bira camp in Bihac, which was shut down in October, but local authorities disagreed saying that other parts of Bosnia-Herzegovina should also share the burden of the migrant crisis.

The EU has warned Bosnia-Herzegovina that thousands of migrants face a freezing winter without shelter, and it has urged the country’s bickering politicians to set aside their differences and take action. The 27-nation bloc, which had supported Bosnia-Herzegovina with 60 million euros ($73 million) to manage the migrant crisis and pledged 25 million euros more, has repeatedly asked the authorities to find an alternative to the unsuitable Lipa camp, warning of an unfolding humanitarian crisis.

"We urge ... the authorities to rise above political considerations and temporarily reopen the centre Bira in Bihac," the EU said in a statement Wednesday, according to Reuters.

On Saturday, migrants crowded at the camp to receive water and food provided by the country's Red Cross as police sought to maintain order. Some migrants wore face shields to protect themselves from the coronavirus.

"We are living like animals. Even animals are living better than us!" said a man from Pakistan who identified himself only by his first name, Kasim. "If they do not help us, we will die, so please help us.” Plans to relocate the migrants temporarily to a closed facility in central Bihac have prompted protests by residents.

Left without a solution, migrants put down cardboard on the floor and set up improvised barriers for privacy inside the only standing tent at the Lipa camp. Some warmed their wet feet by small fires migrants lit outside, while others wrapped up in blankets, according to The Associated Press (AP).

Many migrants were wearing sneakers despite the snow. To get to Croatia, migrants often use illegal routes over a mountainous area along the border. Many have complained of violence and pushbacks by the Croatian police.