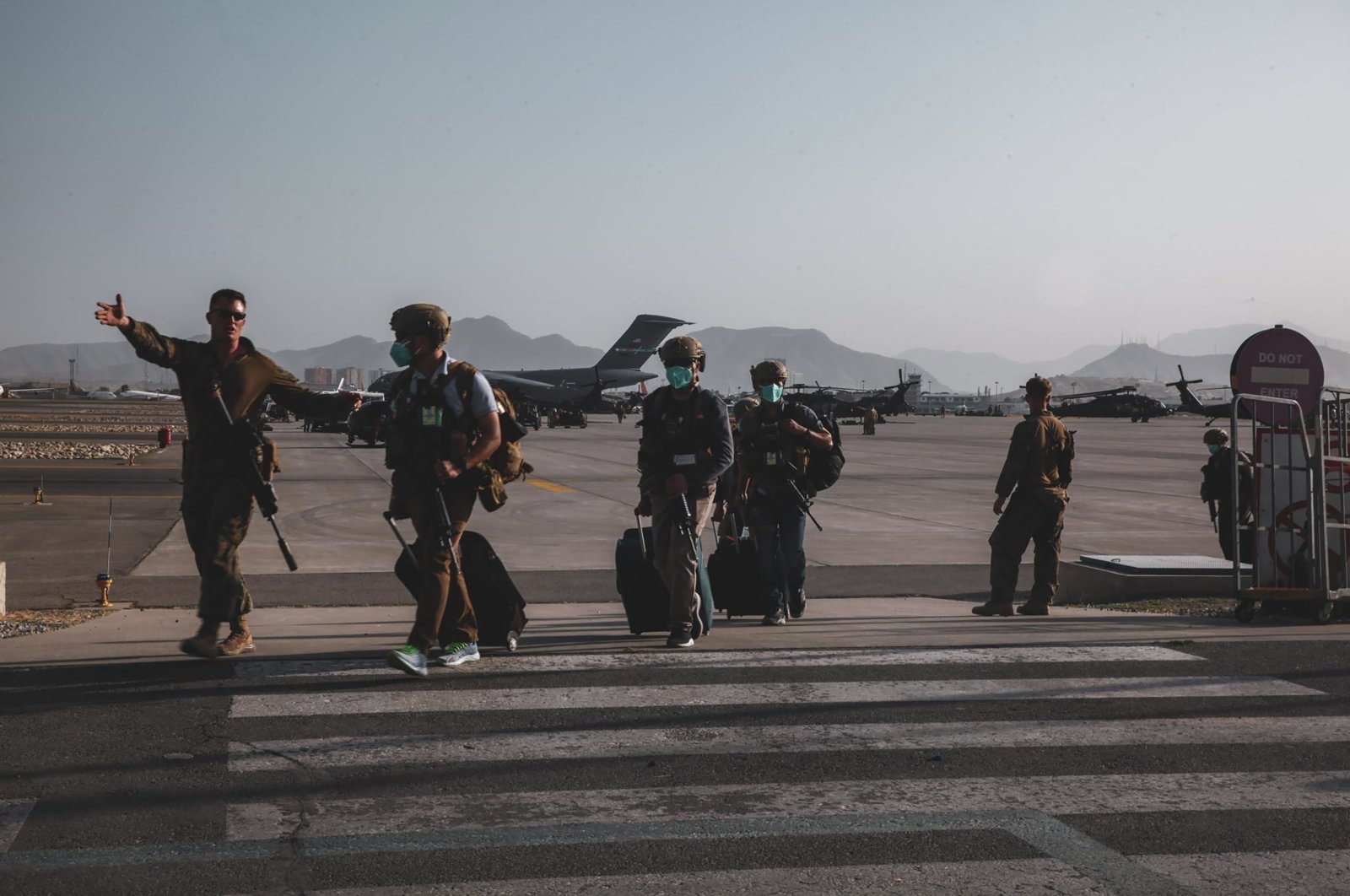 The war in Afghanistan has cost several hundred thousand lives and billions of dollars, but the Taliban are now back in power and the West's leading powers are scrambling to evacuate their diplomats and Afghan staff from Kabul Hamid Karzai International Airport.

"What I'm uncomfortable with is that we have a world order now, where resolve is perceived by our adversaries as weak, the West's resolve," Wallace told BBC TV.

"That is something we should all worry about: if the West is seen not to have resolve and it fractures, then our adversaries like Russia find that encouraging," Wallace told LBC radio.

Britain fears the Taliban's return, and the vacuum left by the West's chaotic withdrawal will allow militants from al-Qaida to gain a foothold in Afghanistan, just 20 years after the Sept. 11, 2001, attacks on the U.S.

Wallace also said the U.K. is starting to invest in hubs to process Afghans fleeing from the country.

"We are starting to invest in third country hubs already so we can process people if they get out to other countries such as in the region," he said.

Wallace said a British presence would stay at the Kabul airport as long as U.S. forces continued to run the airport.