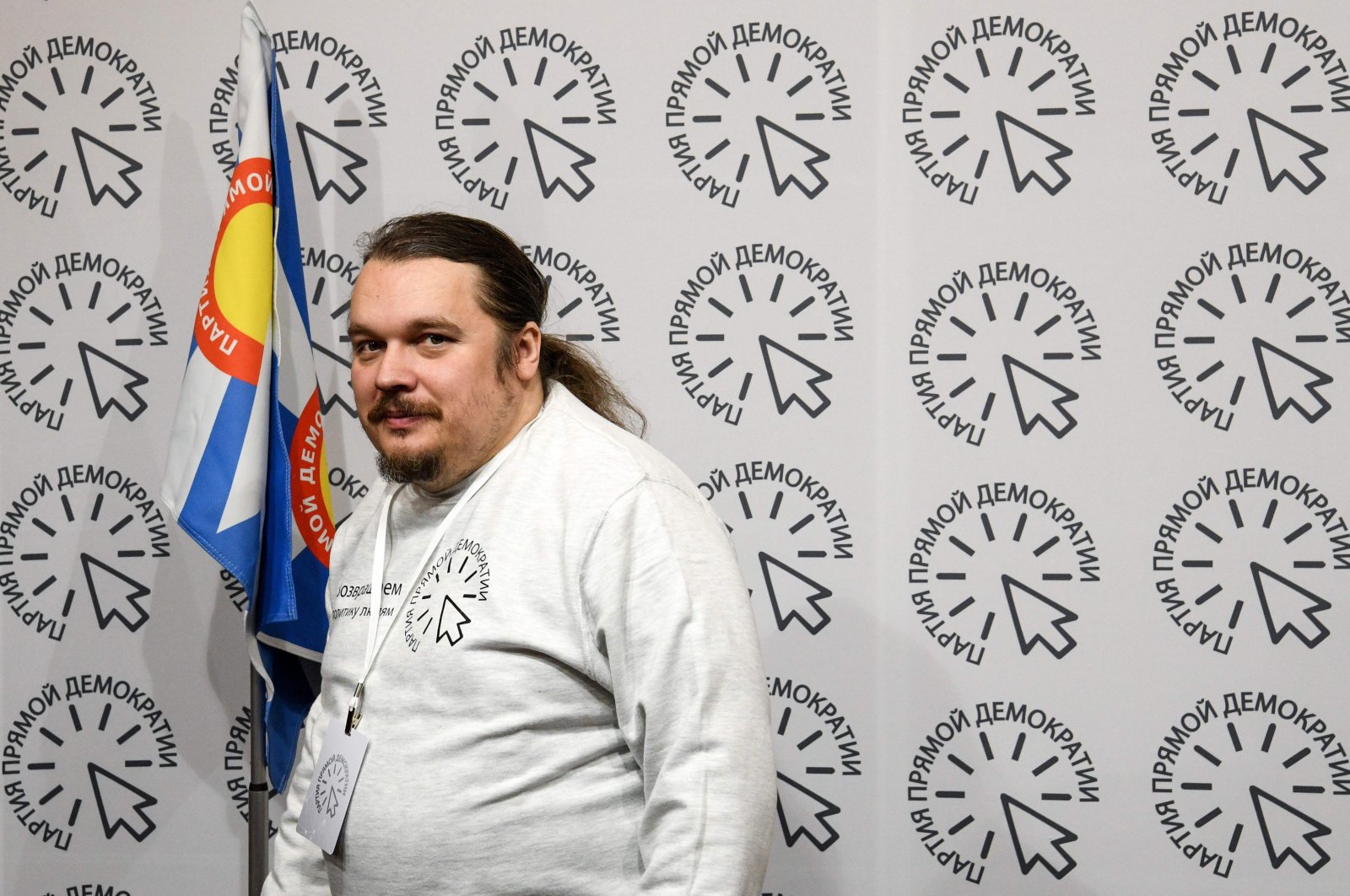 Before Vyacheslav Makarov announced in January he was leaving gaming, few could have expected the man who helped create the mega-hit World of Tanks wanted a career in Russian politics.

Yet on the sidelines of a digital technologies conference in Moscow on Thursday, the 40-year-old online gaming legend launched his latest creation: the Direct Democracy party.

"The biggest problem (with politics) is the mechanism of how power is built," he told Agence France-Presse (AFP) at the launch, saying he wanted to create a system where party members can use technology to have a direct say in politics.

"From our point of view, the system is simply technologically outdated," he said.

And the new party – which Makarov is financing himself – will be "neither for, nor against" President Vladimir Putin's Kremlin, he said.

The move has raised eyebrows among political pundits who see Makarov's announcement as part of a larger game orchestrated by the Kremlin to dilute the opposition and fend off rivals.

Ahead of regional elections in September and legislative elections due next year, a flurry of parties has rushed onto Russia's political scene.

"For the Truth" was founded in early February by author and nationalist Zakhar Prilepin, 44, who reportedly fought in 2017 alongside pro-Russian separatist fighters in eastern Ukraine.

He says his party has the support of U.S. actor and Kremlin fan Steven Seagal but vehemently denies setting it up at the request of the authorities.

The ecofriendly Green Alternative party, "A Dignified Life" – created by former nationalist deputy Roman Khudyakov to win youth votes – and the pro-business New People party are among those to emerge since January alone.

The Justice Ministry registered 39 new parties in 2019, almost half of them in the last four months of the year.

The fact that anti-corruption activist and senior opposition figure Alexei Navalny is still barred from registering his party has fueled speculation of a Kremlin ploy.

Navalny's allies have tried in vain to register a political party for seven years and his nonprofit Anti-Corruption Fund is under investigation for money laundering – charges Navalny's supporters say are politically motivated.

Analysts say it is unlikely that any of these fresh parties will fill the void left by Navalny, who wants to overhaul Russia's political landscape and regularly calls for street protests against Putin's rule.

"The aim of these new parties is to give the illusion of political competition, to attract new voters and to neutralize a more dangerous opposition," said political analyst Ekaterina Schulmann.

Observers say it is also unlikely that any of the new parties will meet the 5% threshold needed to enter parliament.

"The main objective is really to minimize the risk of a decline in the popularity of the ruling United Russia party," said Tatiana Stanovaya of the R.Politik think tank.

United Russia is experiencing a slump in support over Russia's ailing economy, with just 33% of voters saying they will cast their ballots for the once-dominant party in upcoming elections, according to state polling agency VTsIOM.

The figures mark a steep decline from 2016 when United Russia won 54% of the votes in legislative elections.

Another recent entry to politics was Sergei Shnurov, the lead singer of hit rock group Leningrad.

This sudden burst of activity, says Stanovaya, is designed by the Kremlin to draw attention from Russia's difficulties.

"These maneuvers are not an attempt to talk about the future of the country," she said, instead describing it as a strategy to "avoid real problems."

It is a plan that could backfire, Schulmann said. Even if these parties are not promoting real policies, they could disrupt the status quo.

"As confidence in existing parties wanes, those considered to be spoilers could become more successful than expected," she said.

For one surprise guest at Makarov's launch, the Direct Democracy party has the potential to play a role.

Maria Butina, who was expelled from the U.S. last year for acting as an unregistered foreign agent, told participants at the launch that she wishes the party "success."

She complimented their tech skills and called on Russians to "master the art of hacking to protect against foreign threats."