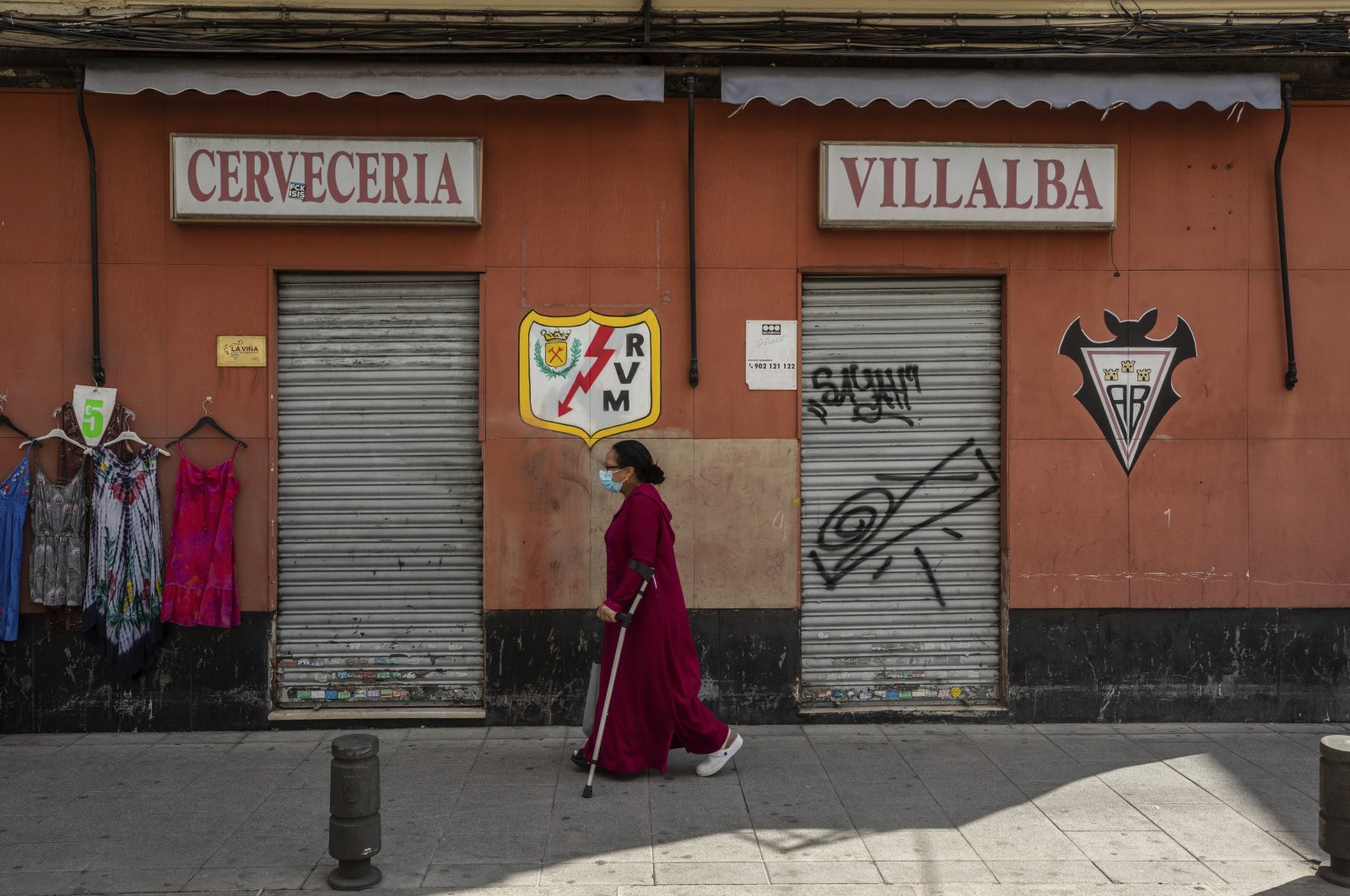 A woman wearing a face mask to prevent the spread of the coronavirus walks in the southern neighborhood of Vallecas, Madrid, Sept. 21, 2020. (AP Photo)
by DAILY SABAH WITH AGENCIES Sep 23, 2020 1:47 pm
RECOMMENDED

After a lull in new coronavirus infections in the summer, many countries are tackling the rising number of coronavirus cases without resorting to the kind of draconian lockdowns that hit struggling economies during the spring.

The United States has passed 200,000 deaths from COVID-19, as a record-breaking wave of new infections forces authorities in Europe to reimpose lockdown restrictions. The world's most powerful nation hit the grim milestone just 41 days before a presidential election and as the World Health Organization (WHO) warned that new cases worldwide have risen to record highs.

U.S. President Donald Trump, who faces a tough reelection fight and is trailing Democrat Joe Biden in the polls, said the 200,000 milestone was "a shame" and deflected blame onto China.

Trump has repeatedly played down the seriousness of the coronavirus crisis, even as the U.S. has suffered one of the world's highest death tolls. Worldwide, more than 31 million people have been infected and nearly 962,000 have died from COVID-19 since the virus emerged in the eastern Chinese city of Wuhan in late 2019.

The WHO reported late Monday that almost 2 million infections were recorded around the globe in the single week to Sept. 20. The 6% increase versus the previous week is "the highest number of reported cases in a single week since the beginning of the epidemic," the U.N. health agency said.

In Europe, coronavirus cases topped 5 million as of Wednesday. Data released by the European Center for Disease Prevention and Control showed five countries in the region with more than 120 confirmed cases per 100,000 inhabitants in the last 14 days. Spain was ranked at the top with almost all of its regions colored crimson on a map that also showed swathes of dark red spreading across southern France, the Czech Republic, Croatia and Romania.

In France, with more than 460,000 confirmed cases and over 31,400 deaths to date, the concern is growing about hospital capacity to handle a new infection wave, as admissions have started to rise again after being contained during the country's March-May lockdown.

After months of brutal lockdown were eased, Spain's health minister on Tuesday called on Madrid residents to limit their movements and social contact to the "essential." Some 850,000 people in a part of the Madrid region are now again under lockdown. Across Europe, hundreds of major events have been scaled back or canceled altogether.

Israel has recorded 6,861 more coronavirus cases over the past 24 hours, its highest single-day figure since February, the Health Ministry said on Wednesday. As many as 24 new coronavirus-related fatalities have raised the nationwide death toll to 1,309, the ministry said in a statement. The total number of cases has risen to 200,235, including 144,394 recoveries, the ministry added. According to the ministry, 631 patients are in critical condition. Israel returned to a total coronavirus lockdown on Friday that will last for three weeks in an attempt to stem the spread of the virus.

India reported more than 83,000 new coronavirus cases on Wednesday, showing some decline after reaching a record a week earlier. The country has now confirmed more than 5.6 million cases. The country's health ministry also reported 1,085 new fatalities, raising the death toll to 90,020. India is expected to become the world's worst-hit country within weeks, surpassing the U.S., where nearly 6.9 million people have been infected by the virus.