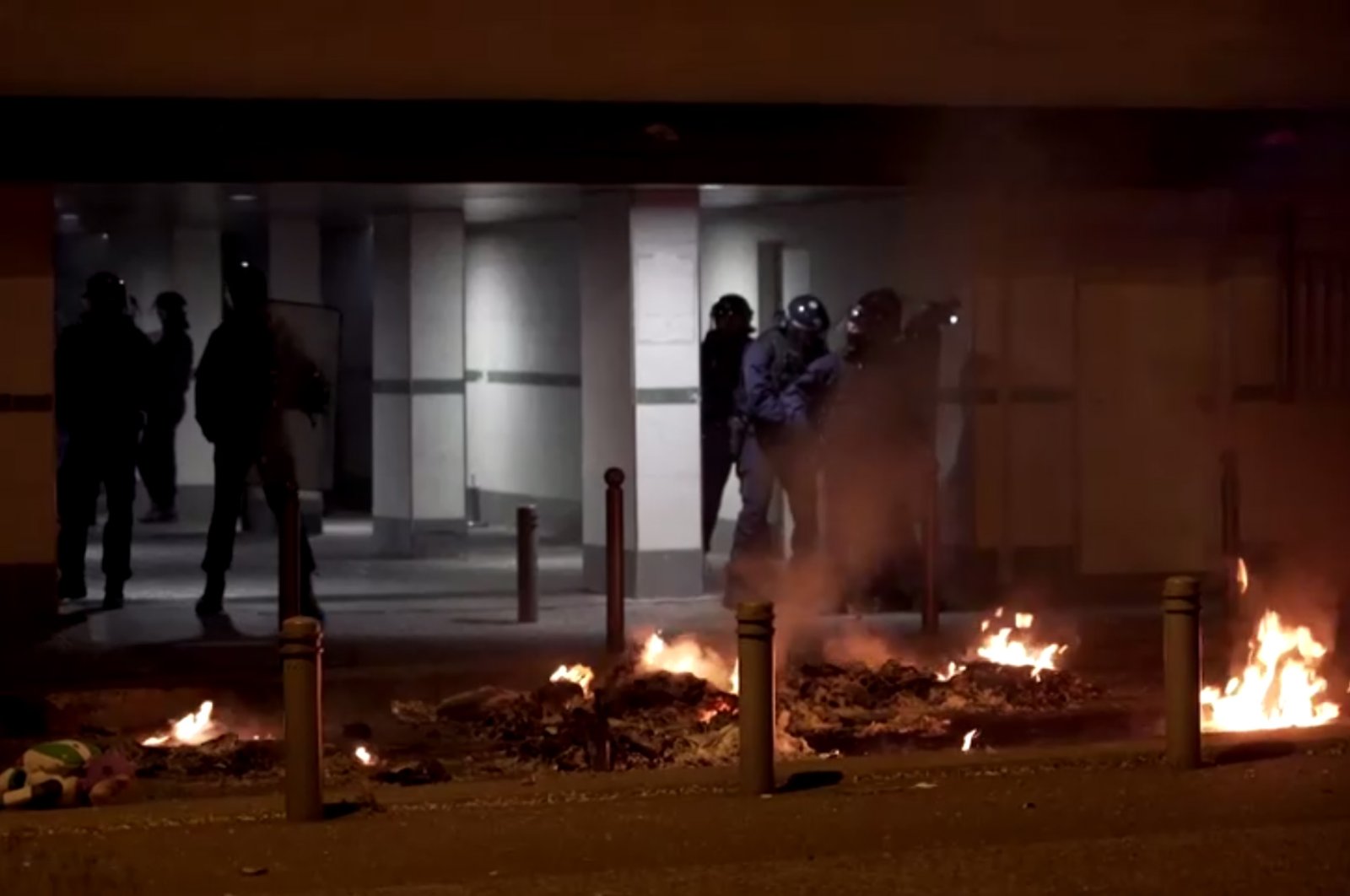 Youths clashed with police in the fourth night of unrest in suburbs around Paris, Le Point website and Agence France-Presse (AFP) reported Wednesday, the latest outbreak of trouble as strict lockdown rules to tackle the coronavirus heighten social tensions.

Clashes took place in areas such as Villeneuve-La-Garenne, Nanterre and Clichy. Social media networks carried images showing gangs of youths setting off fireworks in the direction of police forces, and of cars having been set on fire.

Officials at the Paris police department could not be immediately reached for comment.

Trouble first broke out in Villeneuve-La-Garenne last weekend after a motorcyclist was injured in a collision with an unmarked police car during a check.

Police, who have launched an inquiry into the incident, said they had wanted to question the rider who had been seen speeding the wrong way down a street without a helmet.

France's "banlieues" – high-rise housing estates on the outskirts of major cities – have long been flashpoints of anger over social and economic grievances. In 2005, unrest lasted three weeks after two youths died fleeing police in a northern Paris suburb.