Flashmob of hundreds protest in Bangkok after activist arrests 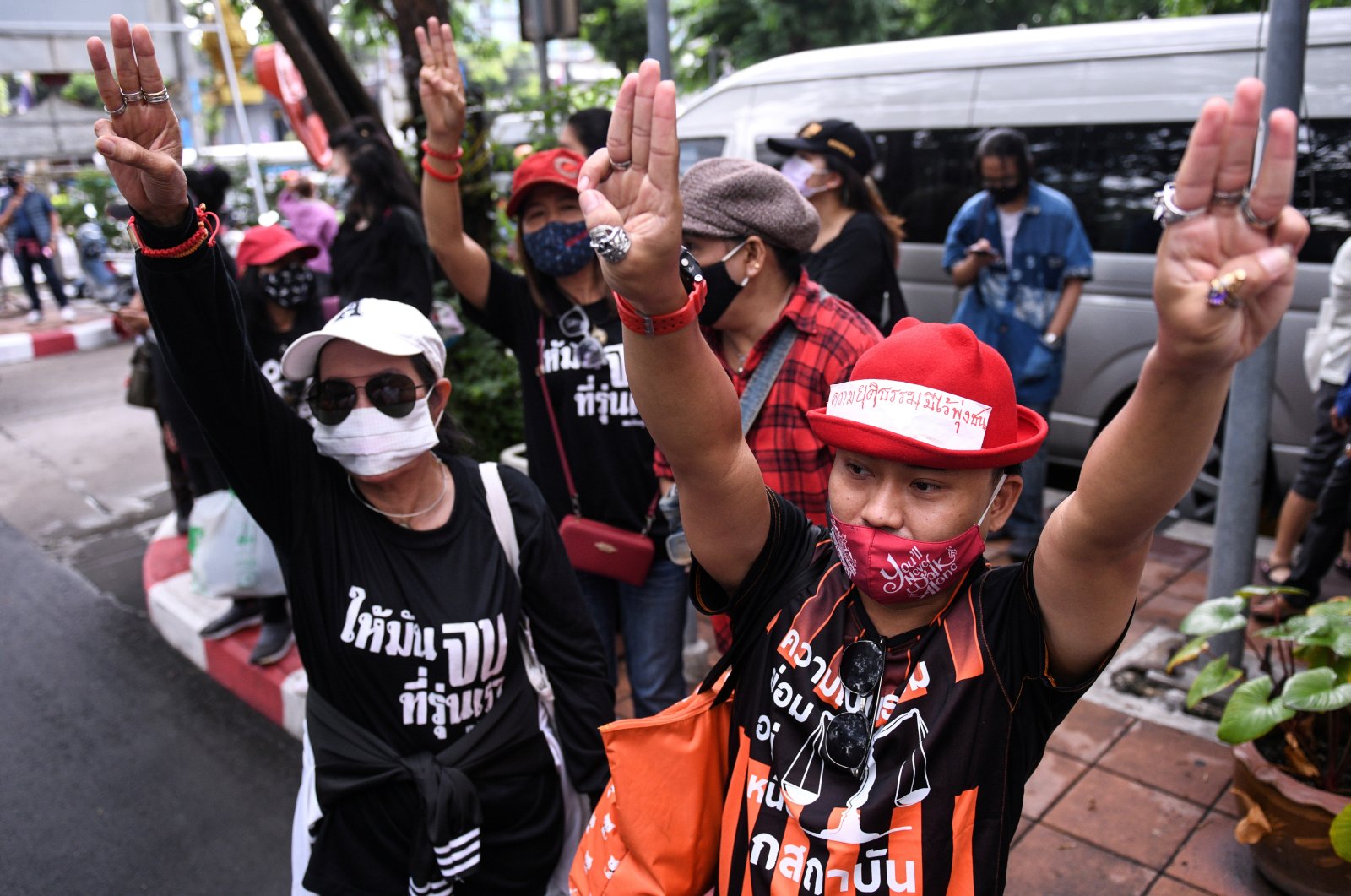 Pro-democracy protesters stand outside the criminal court building demanding a representative be allowed inside where two leaders are still detained at the criminal court in Bangkok, Thailand on Aug. 8, 2020. (Reuters Photo)
by French Press Agency - AFP Aug 08, 2020 3:10 pm
RECOMMENDED

A flashmob of hundreds took to Bangkok's streets Saturday to protest against the arrest of two pro-democracy activists – the latest outburst of anger in a movement increasingly vocal in its demand for reforms in Thailand.

Two protest leaders were arrested Friday evening on eight charges, including sedition and breaking coronavirus rules about gatherings at a rally held at Bangkok's Democracy Monument on July 18.

Human rights lawyer Anon Numpa, 35, and activist Panupong Jadnok, 24, were released on bail Saturday afternoon, on condition they would not repeat the alleged offenses.

On his release outside the city's criminal court, Anon said he would abide by the terms.

But the bail decision did not deter a flashmob of around 1,000 protesters taking over a major junction in the Thai capital, the largest since the contentious rally three weeks earlier.

Crowds cheered and applauded the speakers on stage in the pouring rain, many holding up the three-finger protest salute inspired by "The Hunger Games" movie franchise.

"If we burn, you burn with us," said one placard, continuing the theme.

Another referenced the musical "Les Miserables" with a sign reading: "This is the song of angry people."

Former military leader Prayut held onto power after a national election last year, but the protesters regard his government as a legacy of a royalist junta regime.

Some have even dared challenge Thailand's controversial lese majeste law, which protects the monarchy and its super-rich King Maha Vajiralongkorn from criticism.

Carrying a sentence of up to 15 years per charge, it is one of the harshest laws of its kind in the world, making open scrutiny of the royal family virtually impossible.

No charges have so far been filed under the draconian law against the protesters.

Thailand's economy has been rocked by the coronavirus pandemic, laying bare the inequalities of a society perceived to favor the elite, pro-military establishment.