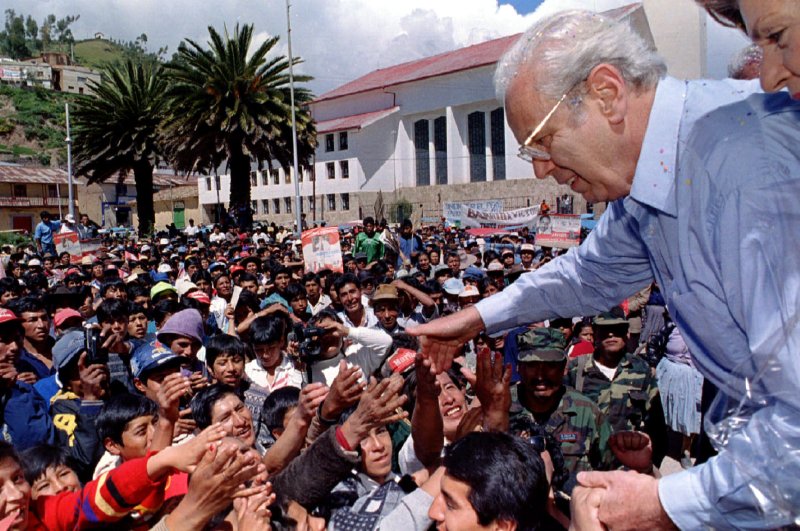 Former U.N. Secretary-General Javier Perez de Cuellar, a Peruvian diplomat who played a crucial role in ending the Iran-Iraq war of 1980 to 1988, died Wednesday at his home in Lima at age 100.

Perez de Cuellar was a two-time head of the United Nations, which he led from 1982 to 1991 as some of the iciest years of the Cold War gave way to the end of the Soviet Union and greater efforts at international cooperation.

Perez de Cuellar was the fifth head of the world body and its only leader from Latin America to date.

U.N. Secretary-General Antonio Guterres hailed Perez de Cuellar's crucial role in securing the release of American hostages held in Lebanon as well as peace accords in Cambodia and El Salvador during his time in office.

"He was an accomplished statesman, a committed diplomat and a personal inspiration who left a profound impact on the United Nations and our world," Guterres said.

Perez de Cuellar once said his proudest achievements were his role in securing independence for Namibia and the peace accord that ended the Iran-Iraq conflict. However, his diplomatic efforts were unable to halt the outbreak of the Gulf War in 1990.

After leaving the world body, Perez de Cuellar made an unsuccessful bid for the Peruvian presidency in 1995, losing to incumbent Alberto Fujimori.

He served as prime minister in a national unity government for roughly eight months after Fujimori's administration collapsed amid a corruption scandal in late 2000.

Peruvian President Martin Vizcarra expressed in a statement Wednesday his profound regret over Perez de Cuellar's death, saying the diplomat had "dedicated his entire life to the task of glorifying our country."