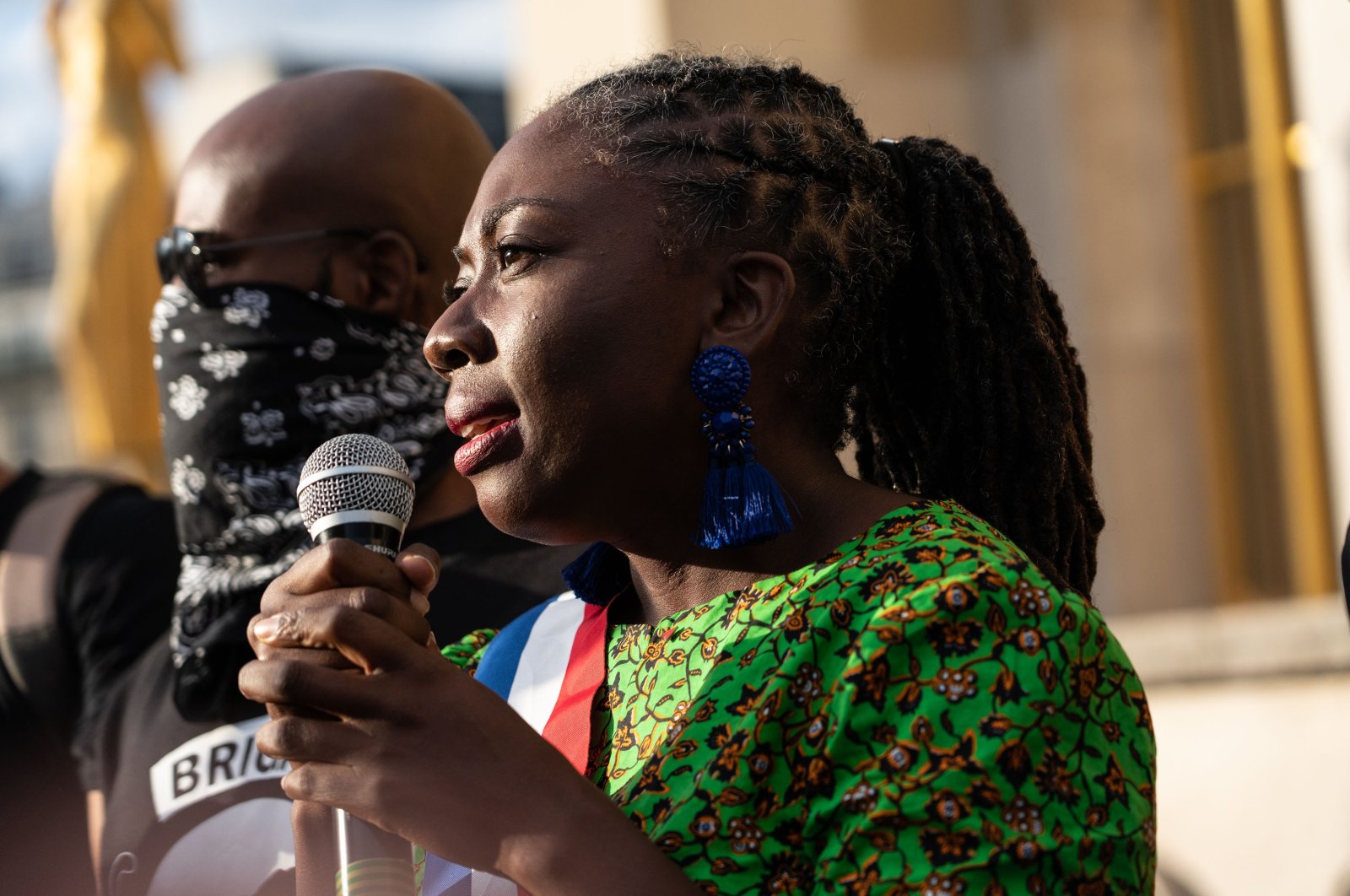 Daniele Obono at the microphone during a support rally organized for her at the Trocadero, Paris, France, on Sept. 5, 2020. (Reuters Photo)
by French Press Agency - AFP Apr 14, 2021 10:06 pm
RECOMMENDED

Prosecutors said Wednesday that the right-wing French weekly Valeur Actuelles will face trial in June on racism charges after publishing images depicting a black lawmaker as a slave last year.

The magazine unleashed a storm of controversy with the publication in August of images of left-wing parliamentarian Daniele Obono with a chain fixed to an iron collar around her neck.

French President Emmanuel Macron called Obono in the aftermath and "expressed his clear condemnation of any form of racism," the presidency said at the time.

Valeurs Actuelles however has denied the image was racist.

It said the seven-page story concerning Obono was "a work of fiction... but never nasty."

The publication's director Erik Monjalous will be judged for "attacks of a racist nature" in the trial beginning on June 23 in Paris, prosecutors told Agence France-Presse (AFP).

Editor-in-Chief Geoffroy Lejeune and the article's author will go on trial on charges of complicity.

Obono and her far-left France Unbowed party welcomed the news.

The lawmaker said she would participate in the trial to "denounce the normalization of the sexist, racist and xenophobic discourse in our country."

France witnessed several protests last year against racial injustice as well as colonial and police brutality, inspired by the Black Lives Matter movement and George Floyd's death under the knee of a police officer in the United States.

Centrist Macron raised eyebrows when he gave an interview to Valeurs Actuelles in 2019 and praised it as a "good magazine."

While he has pledged to root out racism, he also said France will not take down statues of figures linked to the colonial era or the slave trade, as has happened in other countries recently.