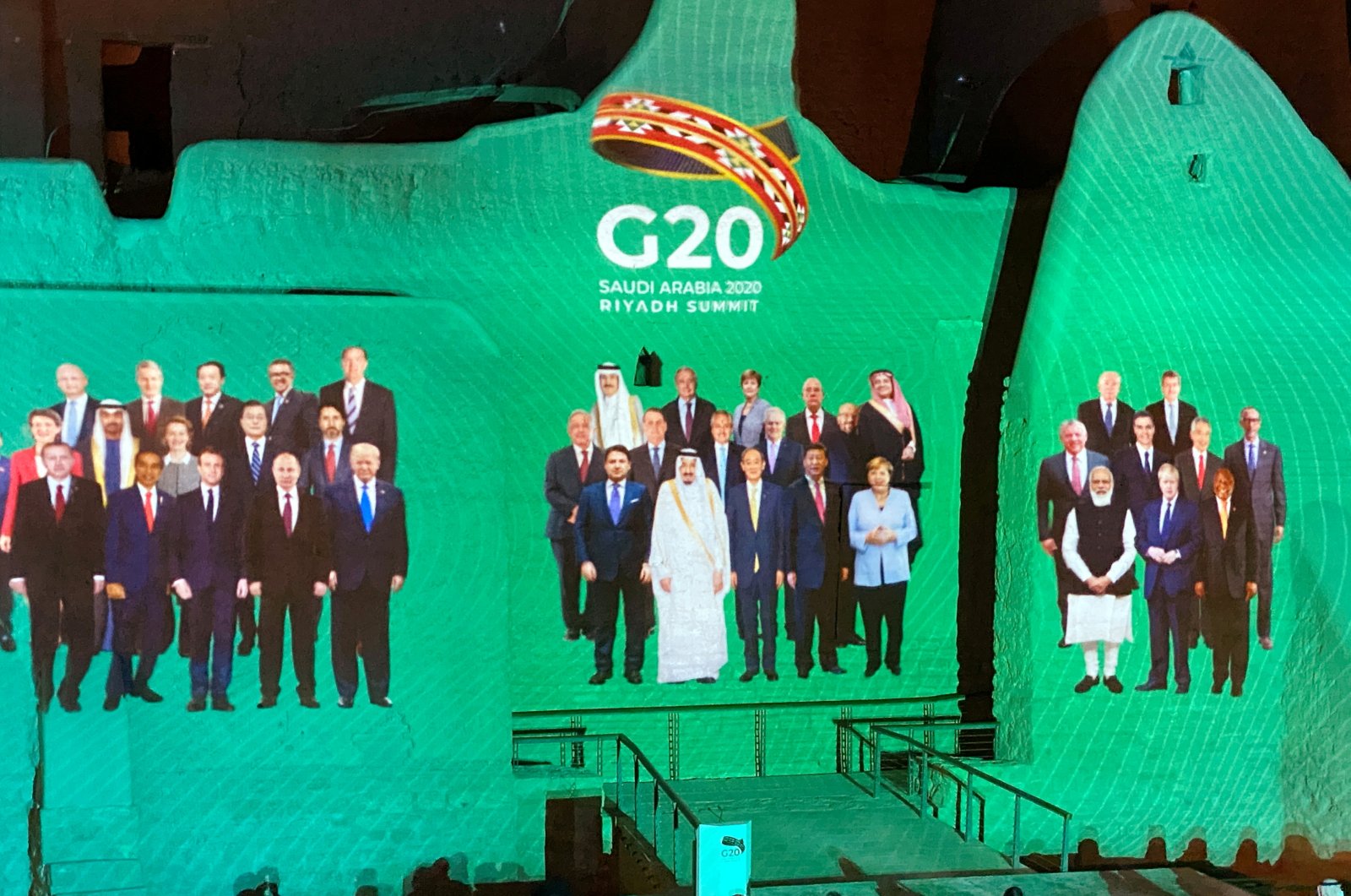 G-20 leaders said Sunday they will "spare no effort" to ensure the fair distribution of coronavirus vaccines worldwide, and support poor countries whose economies have been ravaged by the crisis.

As the pandemic rages, the club of the world's richest nations adopted a unified tone on the challenges ahead during a virtual summit hosted by Saudi Arabia.

Saudi Arabia's King Salman said that the "spirit of cooperation" was needed now "more than ever to face the impact of the pandemic and create a prosperous future for the people of the whole world."

After a weekend of "digital diplomacy," their closing communique lacked details on many of the issues dominating the talks.

"We have mobilized resources to address the immediate financing needs in global health to support the research, development, manufacturing and distribution of safe and effective COVID-19 diagnostics, therapeutics and vaccines," they said in the statement.

"We will spare no effort to ensure their affordable and equitable access for all people."

While richer nations plan their vaccination programs, with the U.S. expecting to launch in early December, experts warn that developing countries face hurdles that could deny billions of the first proven protection against the virus.

Calls are mounting for the G-20, a grouping of most of the world's wealthiest nations, to help plug a $4.5 billion funding gap in the Access to COVID-19 Tools Accelerator, a mechanism led by the World Health Organization that aims to ensure access to tests, treatments and vaccines for all.

In a comment echoed by other leaders, French President Emmanuel Macron said Saturday that the coronavirus crisis was "a test for the G-20," stressing there "will be no effective response to the pandemic unless it is a global response."

The final communique, however, did not spell out how the massive cost of the exercise would be underwritten.

The unusual format of the summit, in place of a real-life meeting that coronavirus restrictions made impossible, has produced some awkward interactions and deprived Saudi Arabia of an opportunity to showcase itself on the international stage.

U.S. President Donald Trump made a brief appearance at the opening session, lauding his administration's achievements on coronavirus before logging off and going golfing, while other leaders braved technical quirks and the lack of opportunity for spontaneous interactions.

The mercurial president made another splash on Sunday, defending his decision to pull out of the Paris climate accord, calling it "unfair and one-sided" and designed to kill the "American economy."

In the communique though, the group adopted a consensus position on climate change, reiterating support for tackling "pressing" environmental challenges.

Differences within the G-20 were made highly publicized at last year's summit in the Japanese city of Osaka when the United States demanded the insertion of a separate paragraph on issues such as environmental protection.

G-20 nations have contributed more than $21 billion to combat the pandemic, which has infected 56 million people globally and left 1.3 million dead, and injected $11 trillion to shore up the battered world economy, summit organizers said.

The group faces mounting pressure to help stave off possible credit defaults among developing nations, however, as their debt soars amid the economic catastrophe stoked by the virus.

It has extended a debt service suspension initiative (DSSI) for developing countries until June next year, but United Nations Secretary-General Antonio Guterres has led calls for a commitment to extend it until the end of 2021.

The communique did not offer a firm guarantee, an outcome that is sure to disappoint campaigners.

Instead, G-20 finance ministers will examine the recommendation when the International Monetary Fund (IMF) and World Bank meet next spring "if the economic and financial situation requires" an extension by another six months, they said.

With the world in disarray after months of border closures and lockdowns, the group also struck a unified tone on trade, saying that supporting a multilateral system "is now as important as ever."

"We strive to realize the goal of a free, fair, inclusive, non-discriminatory, transparent, predictable and stable trade and investment environment, and to keep our markets open," the communique said.

Saudi Arabia's human rights record has cast a shadow on the gathering, as campaigners and families of jailed activists launch vigorous drives to highlight the issue.

The issue barely surfaced over the weekend, however, with Western officials indicating they prefer to use bilateral forums to discuss the issue with Riyadh.