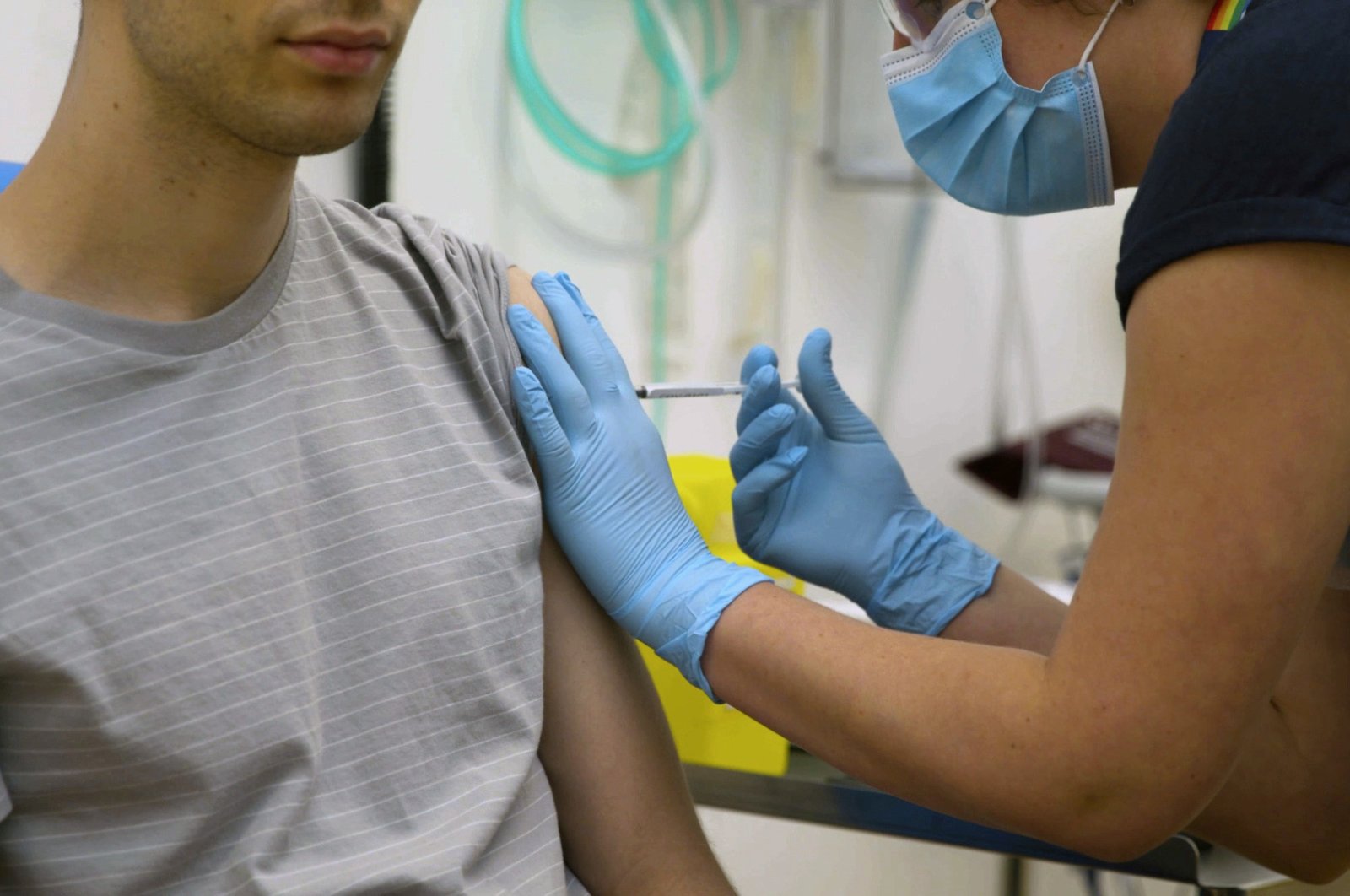 In this screen grab from video issued by Britain's Oxford University, a volunteer is injected with either an experimental COVID-19 vaccine or a comparison shot as part of the first human trials in the U.K. to test a potential vaccine, led by Oxford University in England on April 25, 2020. (University of Oxford via AP)
by compiled from agencies May 04, 2020 9:31 am
RECOMMENDED

Germany's health minister said developing a vaccine for the coronavirus could take "years" after Donald Trump predicted it could be achieved by the end of 2020.

"I would be delighted if it was possible to achieve this in a few months," Jens Spahn said late Sunday on ARD television.

Though there had been a number of promising initial steps, the development of vaccines remained among "the most challenging" tasks in medicine, he said.

"But it can also take years as there can, of course, be setbacks, as we have seen some with other vaccines," he said.

"The development of vaccines is one of the most challenging and difficult tasks in medicine."

Trump, relaunching his reelection campaign on Sunday, was more optimistic.

"The doctors would say 'well, you shouldn't say that.' I'll say what I think," he said.

An international donor conference on Monday hopes to generate 7.5 billion euros ($8.3 billion) for the development of treatments and a vaccine against the virus.

Germany's Chancellor Angela Merkel over the weekend promised a "significant financial contribution" from Germany, a figure DPA understands will likely lie somewhere in the hundreds of millions.

Spahn said the fact that each infected person in Germany had been infecting fewer than one another person for some time now was "a good sign that together we've made it."

The minister also touched upon Germany's gradual plan to lift restrictions on public life and hinted that the government might later this week indicate a future schedule for reopening restaurants.