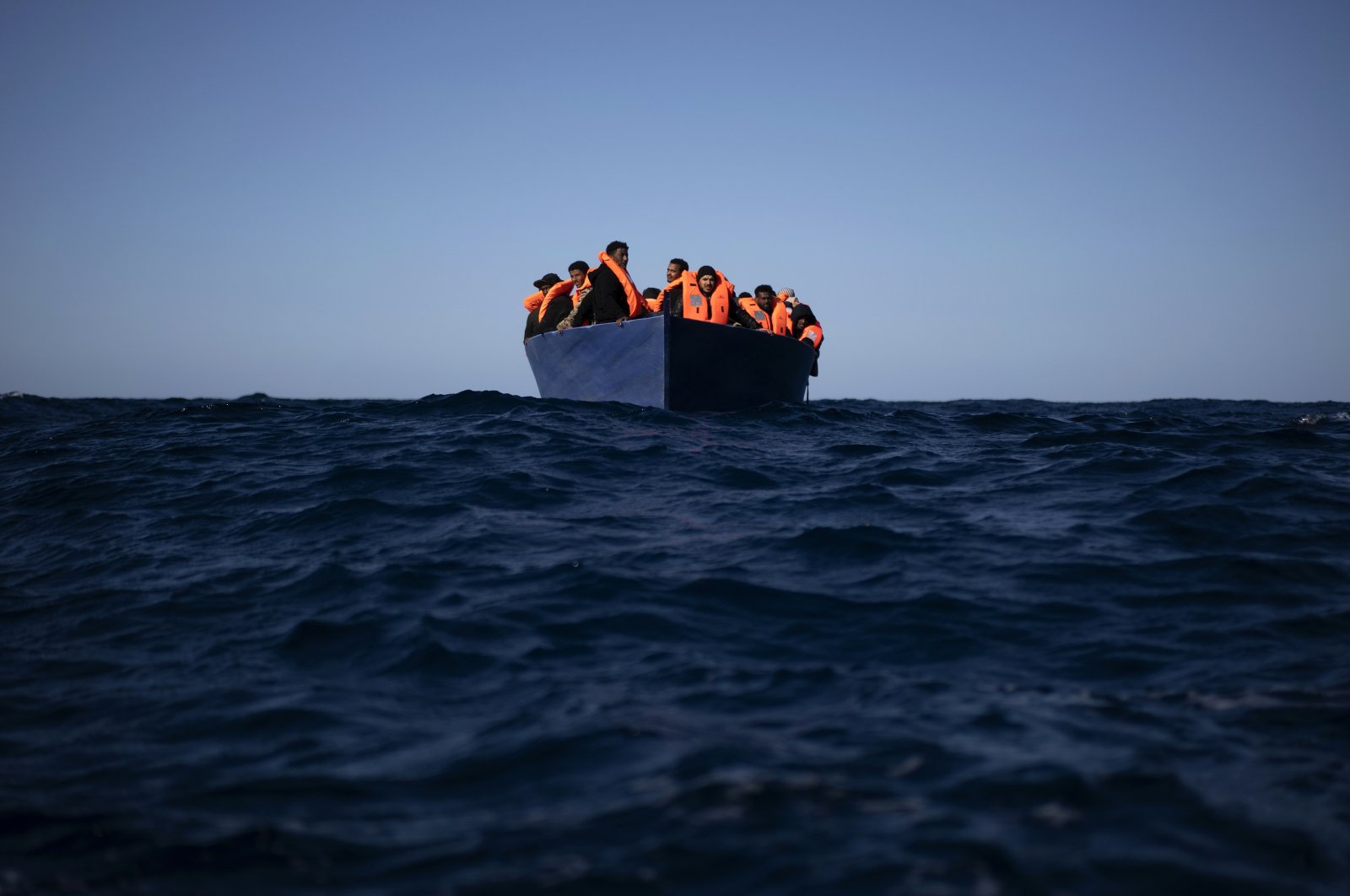 Migrants from Eritrea, Egypt, Syria and Sudan, wait to be assisted by aid workers of the Spanish NGO Open Arms, after fleeing Libya on board a precarious wooden boat in the Mediterranean sea, about 177 kilometers (110 miles) north of Libya, on Saturday, Jan. 2, 2021. (AP Photo)
by French Press Agency - AFP Jan 16, 2021 9:57 am

The coronavirus pandemic has slowed global migration by nearly 30%, with around two million fewer people than predicted migrating between 2019 and 2020, according to a U.N. report released on Friday.

Some 281 million people were living outside their country of origin in 2020.

The report, entitled "International Migration 2020," showed that two-thirds of registered migrants lived in just 20 countries, with the United States at the top of the list, with 51 million international migrants in 2020.

Next came Germany with 16 million, Saudi Arabia with 13 million, Russia with 12 million and Britain with nine million.

India topped the list of countries with the largest diasporas in 2020, with 18 million Indians living outside their country of birth.

Other countries with a large transnational community include Mexico and Russia, each with 11 million, China with 10 million and Syria with eight million.

In 2020, the largest number of international migrants resided in Europe, with a total of 87 million.

Nearly half of international migrants resided in the region they came from, with Europe accounting for the largest share of intra-regional migration. Some 70% of migrants born in Europe live in another European country.

Refugees account for 12% of all international migrants, the report said, with around 80% hosted in low- and middle-income countries.