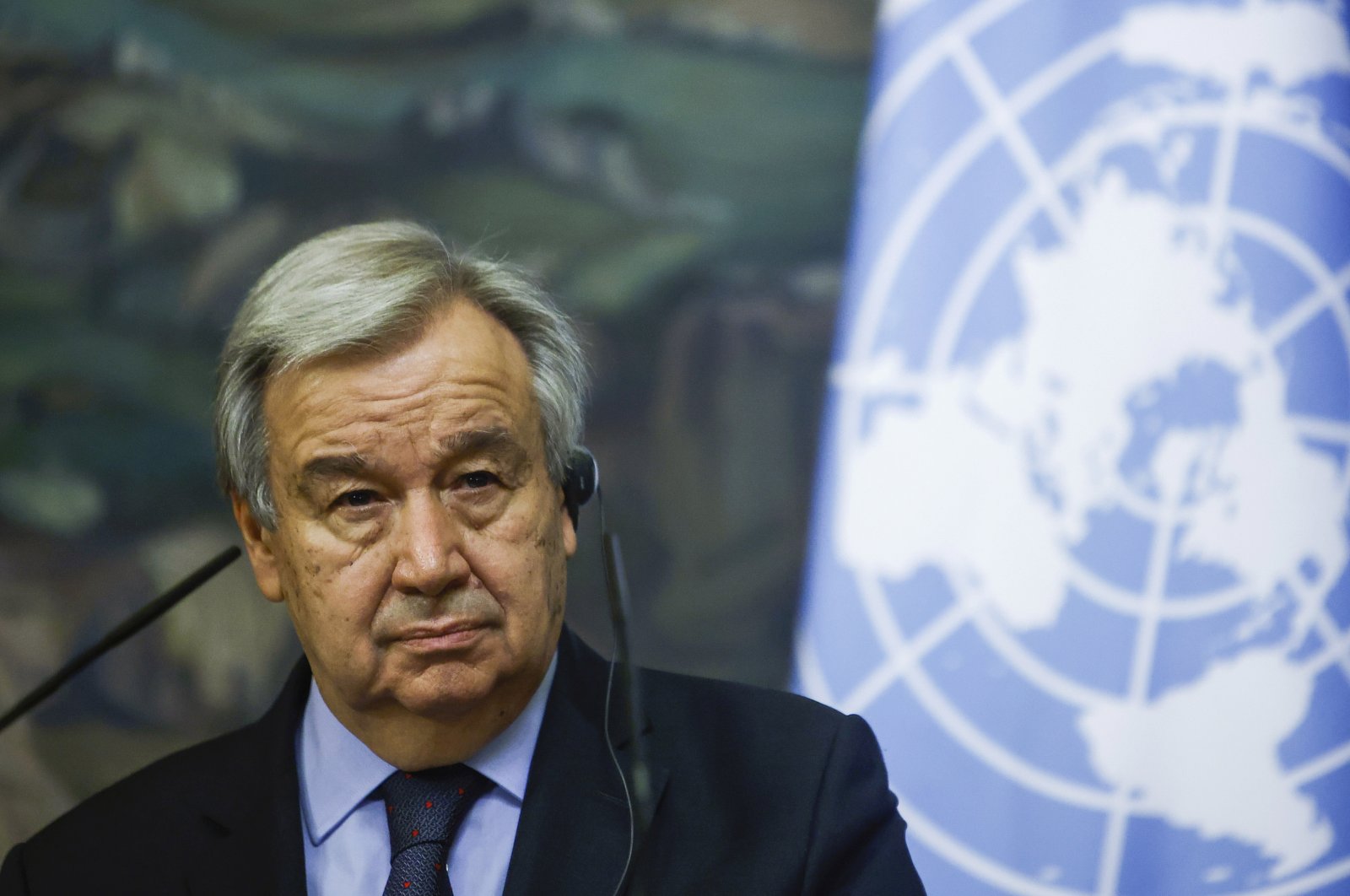 The Security Council support virtually assures Guterres' election as U.N. chief by the General Assembly, most likely on June 18.

The 15 council members adopted a brief resolution by acclamation and approved a communique at a brief private meeting endorsing Guterres – the only candidate – to be the world’s top diplomat for another five years starting Jan. 1.

“He has proven worthy of the post already with the five years he has been in office,” said Estonia’s U.N. Ambassador Sven Jurgenson, the current council president, after reading the communique to the media. “He has been an excellent secretary-general. He’s a bridge builder. ... He’s able to speak to everybody, and I think this is something that is expected from the secretary-general.”

Guterres called the council’s decision “a great honor” and said in a statement, “I would be deeply humbled if the General Assembly were to entrust me with the responsibilities of a second mandate.”

He said it has been “an immense privilege” to serve “we the peoples” – the opening words of the U.N. Charter – during the past 4 ½ years “when we have been facing so many complex challenges.”

Traditionally, candidates for the U.N.’s top job have been nominated by a U.N. member state, but that is not a requirement in the U.N. Charter or in a resolution adopted by the General Assembly in 2015. That measure made the previously largely secretive selection of the secretary-general more open and transparent, allowing member states for the first time to see basic information about all candidates, including their resumes, and to question them at open sessions.

Guterres, a former Portuguese prime minister and U.N. refugee chief, was elected by the assembly to succeed Ban Ki-moon after a hotly contested and transparent race in October 2016 that initially included 13 candidates – seven women and six men. Guterres took office on Jan. 1, 2017.

This year, seven individuals submitted applications to be secretary-general without backing from any government, including most recently former Ecuadorian President Rosalia Arteaga.

Guterres, whose five-year term ends Dec. 31, was the only applicant nominated by a U.N. member state, his home country Portugal. He followed the 2015 process, holding a lengthy open question and answer session with U.N. diplomats in the General Assembly last month and then meeting privately with Security Council members.

General Assembly President Volkan Bozkir told reporters last month “the rule” is that an applicant can only become a candidate when a letter signed jointly by the presidents of the assembly and the Security Council is sent to all member states.

He said, “It looks like the Security Council has the opinion that, traditionally, only applicants supported by a country can become a candidate,” so the only joint letter was sent on behalf of Guterres.

Estonia’s Jurgenson confirmed the council’s position again on Tuesday, saying according to the rules and procedures “only states can nominate candidates – fortunately, unfortunately ... this time no other state presented a candidate”

Under the U.N. Charter, the 193-member General Assembly elects the secretary-general and Jurgenson said: “The timeline now is that most probably it will happen in the General Assembly in the morning of June 18.”

Human Rights Watch Executive Director Kenneth Roth alluded to the need of a candidate to be U.N. secretary-general to get support from the five veto-wielding members of the Security Council – the United States, Russia, China, Britain and France.

He reiterated his past criticism of Guterres for remaining silent publicly during his first term about “human rights abuses by China, Russia, and the United States and their allies.”

Roth singled out Guterres’ “non-confrontational approach” toward former U.S. President Donald Trump’s efforts to sideline human rights and embrace authoritarian leaders and toward what he called China’s “crimes against humanity” against the Uyghurs in Xinjiang as well as toward what he described as Saudi Arabia’s “war crimes” in Yemen and Russia’s vetoes of human rights-related resolutions on its ally Syria.

“Guterres should use his next five years to become a strong vocal advocate for rights,” Roth said. “His recent willingness to denounce abuses in Myanmar and Belarus should expand to include all governments deserving condemnation, including those that are powerful and protected.”

U.N. spokesperson Stephane Dujarric responded to the criticism saying the secretary-general has a “strong stance on defending human rights, speaking up against abuses."