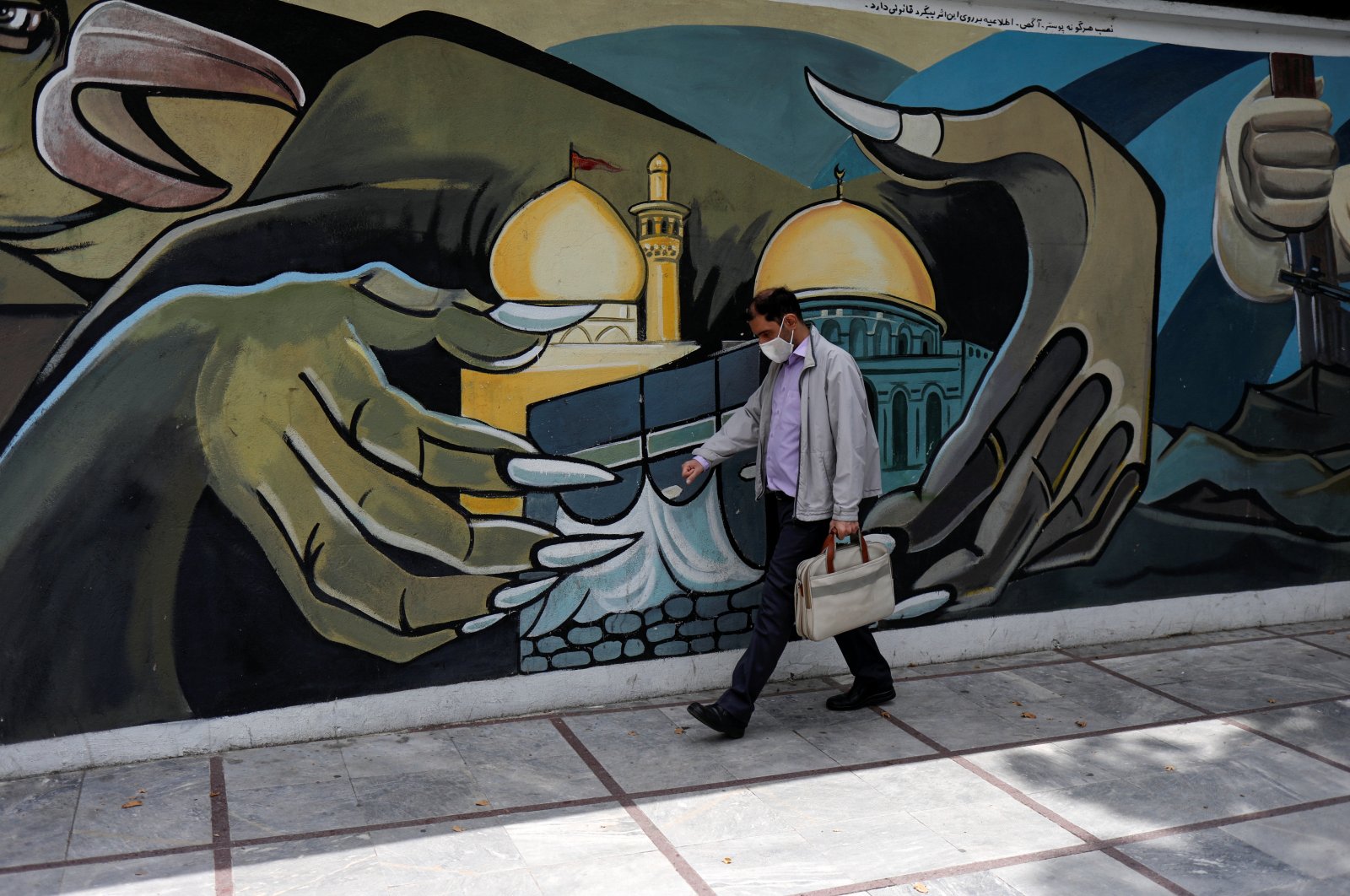 A man wearing a protective face mask walks past a Palestine mural on the wall following the outbreak of the coronavirus, Tehran, Iran, April 30, 2020. (WANA / Ali Khara via REUTERS)
by Anadolu Agency May 23, 2020 3:37 pm

The member states of the Organisation of Islamic Cooperation (OIC) agreed to gather for an extraordinary meeting to discuss Israel's plans to annex parts of West Bank, diplomatic sources said on Saturday.

The meeting decision was taken with the initiative of Turkey, and the telephone diplomacy of Foreign Minister Mevlut Cavusoglu, said the sources on condition of anonymity due to restrictions on speaking to the media.

The meeting of the OIC Executive Committee will be held at the level of foreign ministers.

No date has yet been set for the meeting.

The Palestinian government will submit its official request for the meeting to the OIC after Ramadan Bayram, also known as Eid al-Fitr, the holiday marking the end of the Islamic holy fasting month of Ramadan, which will be observed between May 24 and 26 this year.

Israel wants to annex parts of the West Bank on July 1, as agreed between Prime Minister Benjamin Netanyahu and rival-turned-partner Benny Gantz of the Blue and White party.

The plan has drawn international condemnation and outrage.

On Tuesday, Palestinian President Mahmoud Abbas said Palestine is terminating all agreements and understandings signed with Israel and the United States, including on security.