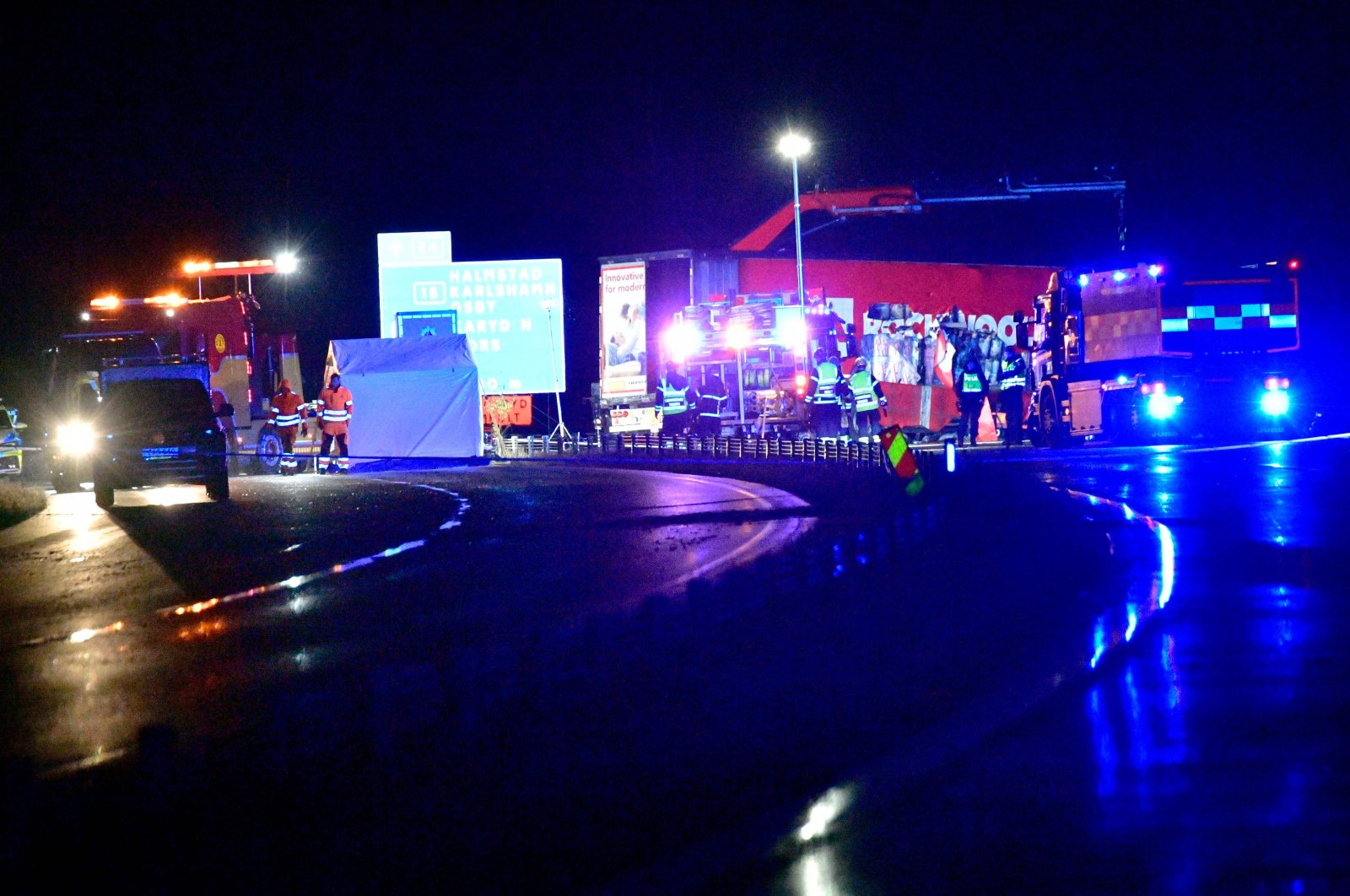 Two police officers who had been assigned to protect him were also killed in the accident, the Swedish daily Dagens Nyheter reported.

"This is being investigated like any other road accident. Because two policemen were involved, an investigation has been assigned to a special section of the prosecutor's office," a police spokesperson told Agence France-Presse (AFP), adding that there was no suspicion of foul play.

The accident occurred near the small town Markaryd when the car Vilks was traveling in crashed into an oncoming truck. Both vehicles caught fire and the truck driver was hospitalized, according to police.

In a statement, the police said the cause of the accident was unclear.

"The person we were protecting and two colleagues died in this inconceivable and terribly sad tragedy," said regional police head Carina Persson.

Vilks had been living under police protection since the controversial 2007 sketch due to death threats.

Police said they have launched an investigation into the incident.

Vilks was largely unknown outside Sweden before his controversial drawing. At home, he was best known for building a sculpture made of driftwood in a nature reserve in southern Sweden without permission, triggering a lengthy legal battle.

Vilks’ life changed radically 13 years ago after he drew a sketch of Muhammad with a dog’s body. Dogs are considered unclean by Muslims, and Islamic law prohibits any depiction of the prophet, even favorable.

Al-Qaida put a bounty on Vilks' head. In 2010, two men tried to burn down his house in southern Sweden. Last year, a woman from Pennsylvania pleaded guilty in a plot to try to kill him.