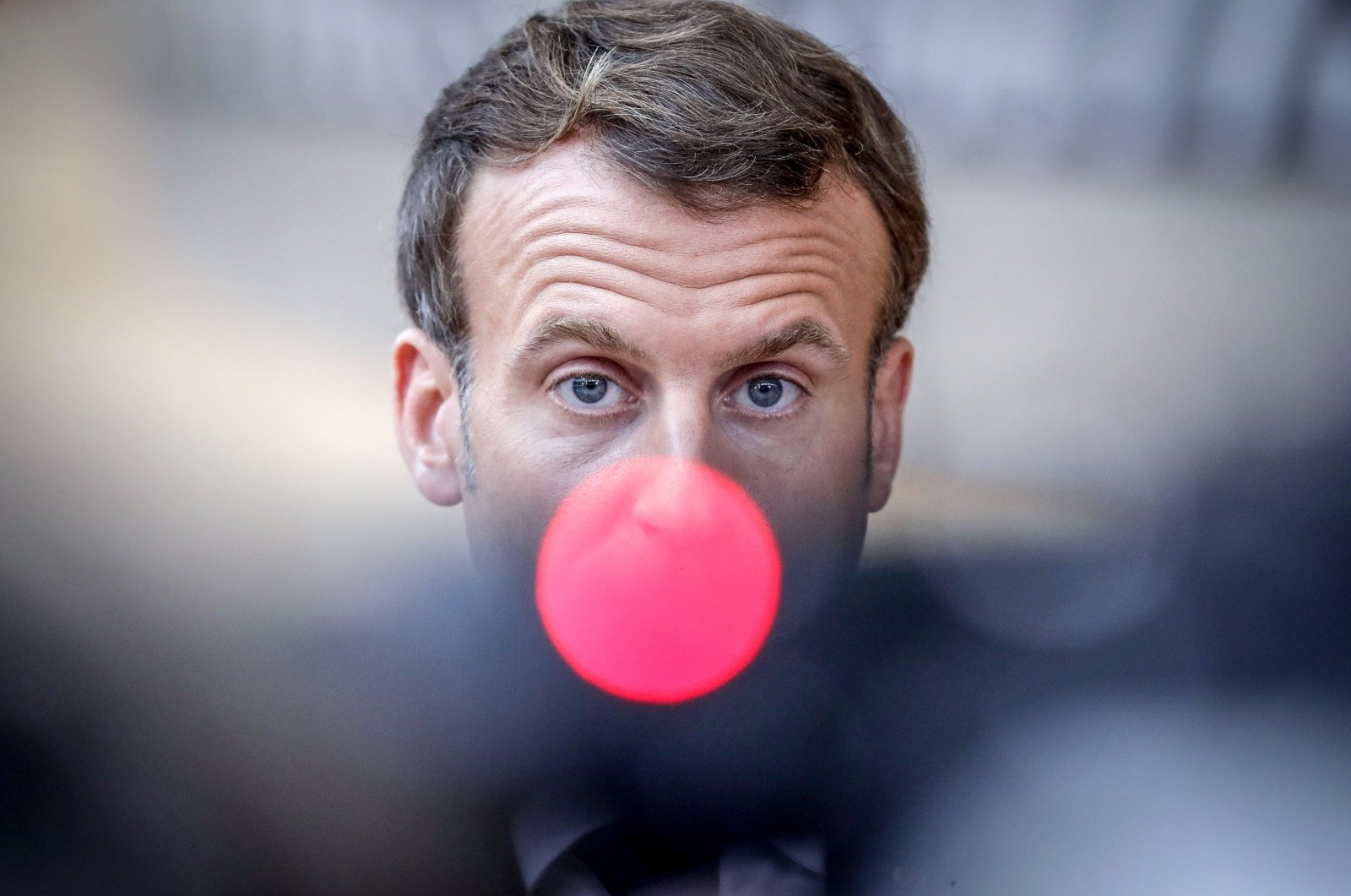 French President Emmanuel Macron, speaks on camera as he arrives ahead of a two days European Union summit at the European Council Building in Brussels, on Oct. 15, 2020. (AFP Photo)
by Anadolu Agency
Oct 27, 2020 8:36 pm

Facing a backlash, the Paris representation of the Kurdish Regional Government (KRG) in northern Iraq removed a message of support for France, after French President Emmanuel Macron came under fire for his anti-Islamic statements.

On Monday, the representation posted on Twitter a photo of the French and KRG flags side by side, saying in English, French and Kurdish: "We are stronger together."

But many Iraqi Kurds on social media decried the message.

A total of 25 parliamentarians from various parties in the KRG issued a statement Monday condemning the Islamophobic statements of Macron.

A declaration signed by MPs was delivered to the French Consulate in Irbil.

Macron has sparked outrage across the Muslim world by accusing French Muslims of "separatism” and describing Islam as "a religion in crisis."

He condemned the murder of a French teacher who showed controversial cartoons depicting Prophet Muhammad in class, but said France would "not give up our cartoons."

Several Arab countries, as well as Turkey, Iran and Pakistan, have condemned Macron's attitude toward Muslims and Islam, with President Recep Tayyip Erdoğan saying on Sunday that the French leader needs "mental treatment."

Amid calls for a boycott of French products in many countries, Erdoğan has urged Turks "to never help French brands or buy them."