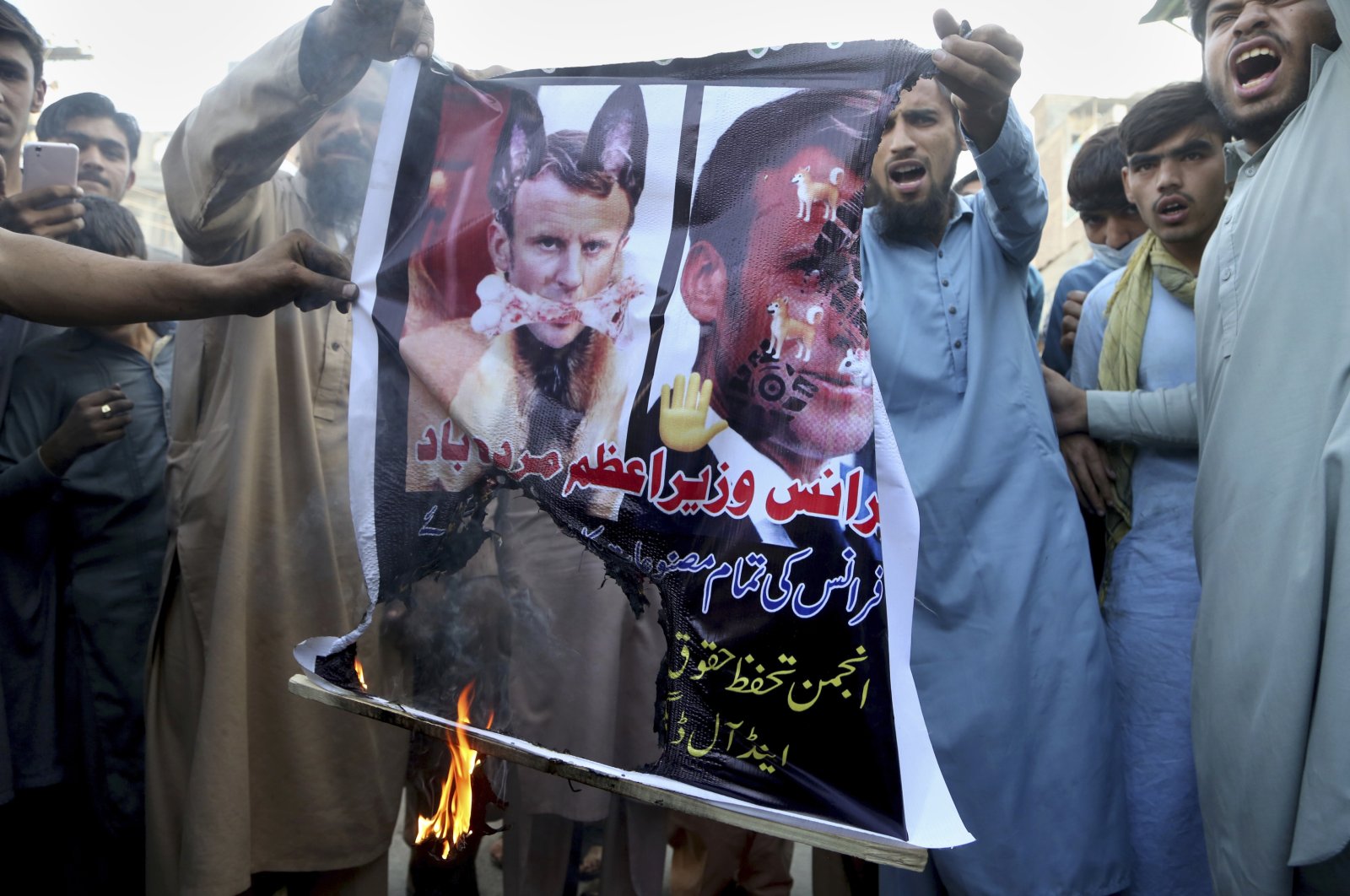 Traders burn defaced images of Emmanuel Macron during a protest against the French president and the republication of caricatures in France of the Prophet Muhammad, in Peshawar, Pakistan, Nov. 2, 2020. (AP Photo)
by Anadolu Agency Nov 02, 2020 3:00 pm

A United Arab Emirates (UAE) minister on Monday called on Muslims to accept the stance of French President Emmanuel Macron on matters of "integration."

"(Muslims) have to listen carefully to what Macron said in his speech; he doesn't want to isolate Muslims in the West, and he is totally right," Anwar Gargash, minister of state for foreign affairs, said in an interview with German daily Die Welt.

He said Muslims "are in need to be integrated in a better way; the French state has the right to search for ways to achieve this in parallel with combating extremism and societal closure."

Gargash rejected accusations that the French president is seeking to exclude Muslims.

The Emirati minister's statements come amid continued popular protests in the Arab and Muslim world against Macron's remarks on Islam in which he accused Muslims of "separatism" and defended the publication of controversial cartoons insulting the Prophet Muhammad.