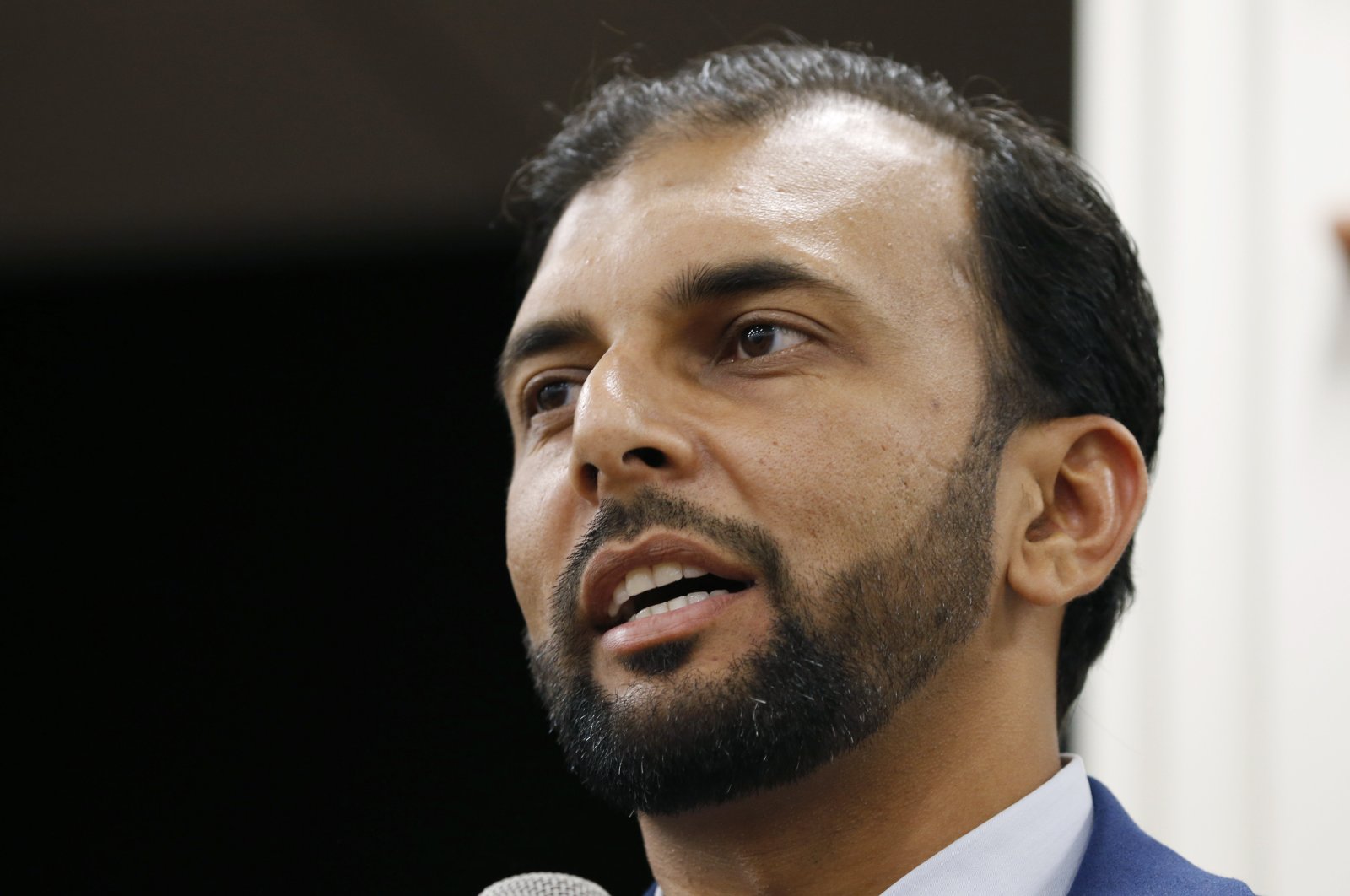 A North Carolina man was sentenced Tuesday to 10 months in prison for anonymously threatening on social media to lynch a Muslim-American man who ran for a state Senate seat in Virginia, according to prosecutors.

Joseph Cecil Vandevere, 53, of Black Mountain, had faced a maximum sentence of 5 years in prison after a federal jury in Asheville, North Carolina, convicted him in December of interstate communication of a threat to injure a person.

U.S. District Judge Max Cogburn Jr. also sentenced Vandevere to a year of supervised release after his prison term, said Lia Bantavani, a spokeswoman for the U.S. Attorney's office for the Western District of North Carolina. Vandevere will report to prison at a date to be determined, according to Bantavani, who said sentencing guidelines called for a prison term of 10 to 16 months.

Vandevere was charged last June in connection with a tweet directed at candidate Qasim Rashid. The March 2018 tweet included a picture of a lynching and read, "VIEW YOUR DESTINY.” Rashid posted a screenshot of the threatening tweet and reported it to the FBI.

The judge also ordered Vandevere to pay $224 in restitution to Rashid.

Rashid didn’t express support for a prison sentence but said he had urged the court to fine Vandevere $250,000, the statutory maximum, to "send the strongest message that there are material consequences for this kind of violent behavior.”

"Our goal from the get-go was to emphasize rehabilitation and reform,” he told The Associated Press after the hearing. "We’re a bit concerned that this (sentence) may not send that kind of deterrent message.”

In a statement submitted to the court after the trial, Rashid said Vandevere’s threat evoked painful memories of a cousin who was lynched and dragged through the streets of Pakistan two decades ago, "his neck broken and his life taken because of his faith.”

"Seeing Mr. Vandevere’s threat, I felt found, thousands of miles away, by that same generational pain of violent religious persecution that my family had fled," Rashid wrote.

Investigators linked Vandevere to a threatening comment posted in February 2018 on the website of a synagogue in Plantation, Florida, according to an FBI agent’s affidavit. A rabbi at Ramat Shalom Synagogue contacted the FBI after somebody using the name Bob Smith posted a "disturbing” comment in response to the rabbi’s post showing support for the Parkland, Florida, high school where a gunman killed 17 people earlier that month, the agent wrote.

Investigators linked Vandevere’s telephone number to the same Twitter account – with the handle "DaDUTCHMAN5″ – that posted the threat against Rashid, according to the affidavit. The post was accompanied by a black-and-white photograph of the infamous 1915 lynching of a Jewish man, Leo Frank, in Marietta, Georgia.

Rashid, a Democrat, lost his November 2019 bid to defeat an incumbent Republican state senator in Virginia. Prosecutors have said Rashid’s political campaign started well after the threat was made "and had no bearing on the threat.”

Rashid, an attorney who works on immigrant rights cases, testified at Vandevere’s two-day trial. Rashid said in his post-trial statement to the court that Vandevere’s threat still haunts him and his family, with his wife constantly fearing for his safety.

"I am forced to act now, in many ways, like someone who is hunted,” he wrote in January.

In September, Cogburn rejected Vandevere’s argument that his indictment must be dismissed on First Amendment free speech grounds.

Vandevere’s attorney, Andrew Banzhoff, claimed the communication in question was not a "true threat.”

"In 2019, the political arena necessarily includes the public exchange of political views that occurs daily on Twitter and other social media sites,” Banzhoff wrote.

But the judge said he couldn’t rule as a matter of law that the alleged threat was "political hyperbole” or that "no reasonable person would interpret this communication as a serious expression of intent to do harm.”