US teacher under fire for pulling off Muslim 2nd grader's headscarf 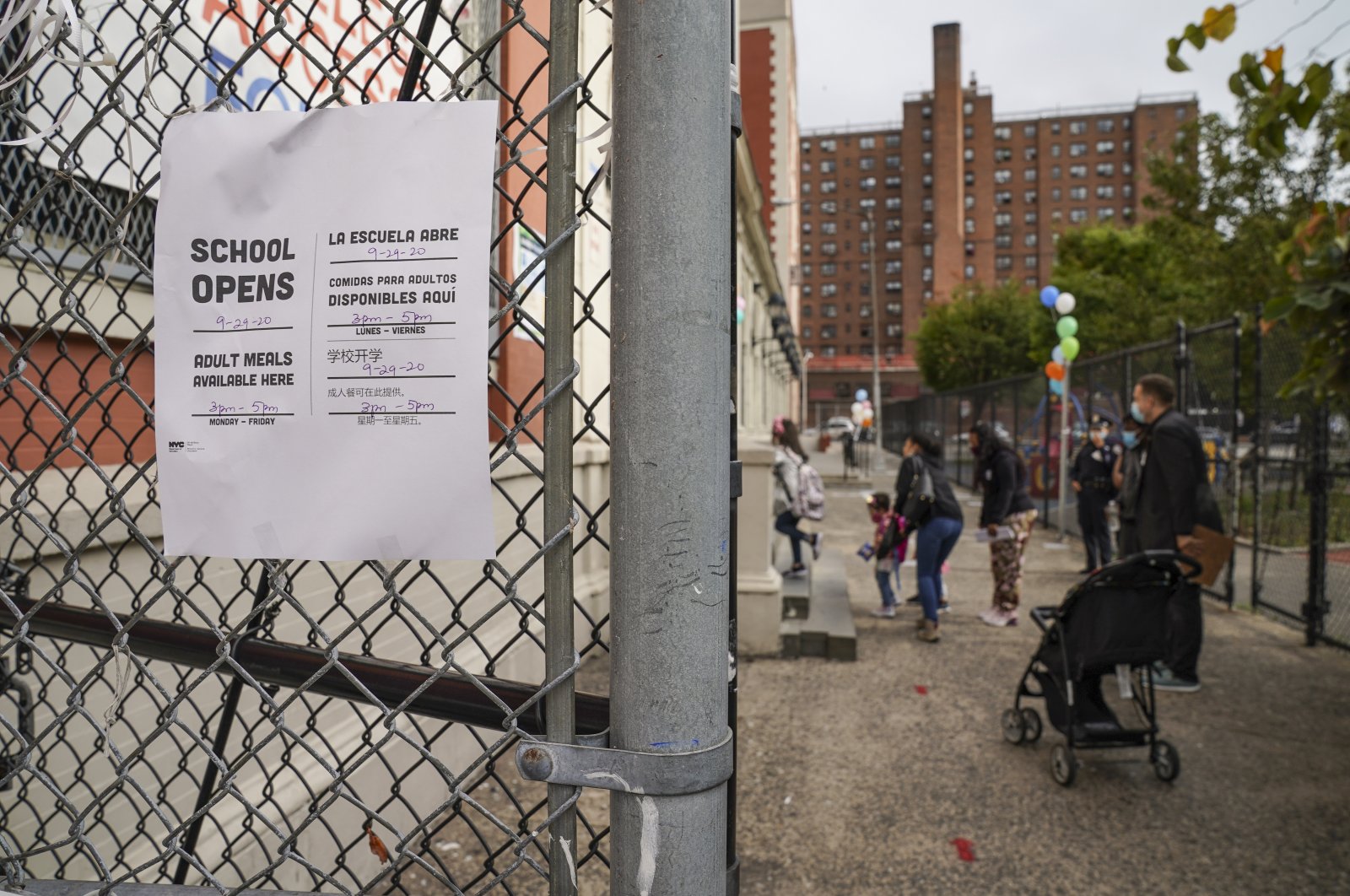 A teacher attempted to remove the headscarf of a Muslim girl in second grade in New Jersey, U.S., to the outrage of the child's family and others.

The incident took place Wednesday at Seth Boyden Elementary School, when teacher Tamar Herman allegedly tried to pull off the headscarf of Sumayyah Wyatt in front of her classmates, which the girl's family says left her traumatized. The little girl tried to hold on to her hijab as Herman tried to remove it, according to reports.

Fencer Ibtihaj Muhammad was one of the first people to condemn the anti-Muslim act.

"Herman told the student that her hair was beautiful and she did not have to wear hijab to school anymore. Imagine being a child and stripped of your clothing in front of your classmates," Muhammad said. "Imagine the humiliation and trauma this experience has caused her. This is abuse. Schools should be a haven for all of our kids to feel safe, welcome and protected – no matter their faith."

The South Orange-Maplewood School District said it is investigating the allegation, adding it "takes matters of discrimination extremely seriously." But it maintained that "Social Media is not a reliable forum for due process and the staff member(s) involved are entitled to due process before any action is taken."

"We must abide by our legal obligations to keep personnel and student matters confidential," it said. "Any decision or outcome related to this will be reserved for after the completion of the investigation."

Still, the New Jersey branch of the Council on American-Islamic Relations (CAIR) Muslim advocacy group said the educator should be fired immediately without an investigation being completed over the Islamophobic incident.

"Racist teachers like this cannot be trusted around our children," Executive Director Selaedin Maksut said on Twitter.

The Council on American-Islamic Relations of New Jersey is looking into the case and has called for the teacher to be fired.

"The hijab is much like any other article of clothing for a Muslim woman. To remove that publicly can be very humiliating," Selaedin Maksut, the executive director of CAIR-NJ, said.

Meanwhile, the girl's mother Cassandra Wyatt said the teacher needs to receive punishment for her actions. "She had to know that was a hijab," she said. "She has to pay for that. I'd love for her to apologize to my daughter, and then my daughter would feel better," ABC7 reported.

Two decades after 9/11, Muslims across the U.S. are still battling intolerance, racism and hate, according to research.

A poll by The Associated Press-NORC Center for Public Affairs Research (AP-NORC) conducted ahead of the 9/11 anniversary found that 53% of Americans have unfavorable views toward Islam, compared with 42% who have favorable ones. This stands in contrast to Americans’ opinions about Christianity and Judaism, for which most respondents expressed favorable views.

Mistrust and suspicion of Muslims didn’t start with 9/11, but the attacks dramatically intensified those animosities. Accustomed to being ignored or targeted by low-level harassment, the country’s wide-ranging and diverse Muslim communities were foisted into the spotlight, says Youssef Chouhoud, a political scientist at Christopher Newport University in Virginia.