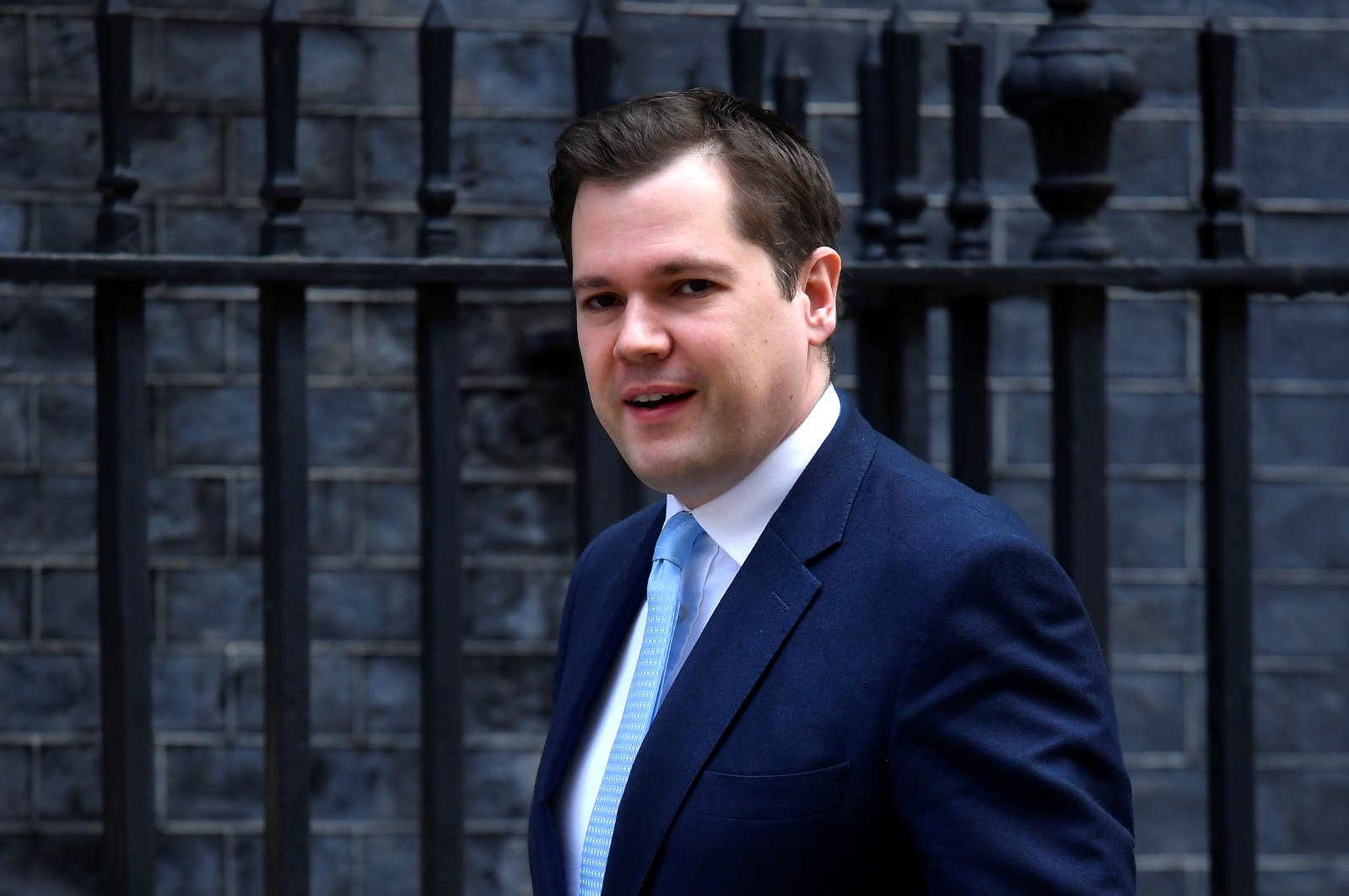 The latest wave in the cash-for-favors scandal rocking the U.K. puts an Israeli billionaire under the spotlight for his relationship with Britain's Housing, Communities and Local Government Secretary Robert Jenrick.

Jenrick has faced criticism for the past month over allegations he abused his position as a minister to help friends and donors secure favorable decisions from the government.

The series of scandals, dubbed by the media as "cash for favors," has threatened to seriously undermine the reputation of the ruling center-right Conservative Party, also known as Tories.

The latest of these allegations claims that Jenrick used his position to help a family friend who also happens to be an Israeli billionaire.

While Jenrick was exchequer secretary to the Treasury, a junior ministerial position in the British finance ministry, he was in charge of a request for a 2 billion pound ($2.46 billion) loan from Sirius Minerals, a mining company.

The mining project the company wanted funding for would have rivaled another company, Cleveland Potash, owned by Israeli billionaire Idan Ofer, according to The Guardian.

Ofer is a London-based shipping and mining heir whose father was once the richest man in Israel.

Jenrick met with Ofer on March 21, 2018, and was in charge of Sirius Minerals' loan application for the following six months.

In September 2019, Sirius Minerals said the government had refused to provide financial support, leaving the company on the brink of collapse.

In January 2020, Sirius Minerals was bought by Anglo American, another mining firm, wiping out the investments of hundreds of small investors, including some people's life savings, according to The Guardian. Sirius Minerals said this would not have happened if the government had stepped in as asked.

Jenrick's spokesman described Ofer as a "family friend" and that Jenrick had informed government officials of the meeting, who in turn advised him to recuse himself from the decision over Sirius.

"He did so before ministerial decisions were taken on the project, which I understand were taken after he had left HM Treasury in any case. Mr. Ofer is a family friend. Mr. Jenrick raised this with officials and voluntarily recused himself on their advice," the spokesperson said.

Ofer told The Guardian he had met Jenrick to discuss the post-Brexit business climate and that he could not remember if they talked about Sirius Minerals.

But if they did, "it would have been touched on only briefly," Ofer was quoted as saying by the Daily Mail.

He added that his donation to the Conservatives came via the Conservative Friends of Israel group and that he had not discussed it with Jenrick, who is also a member of the organization.

The incident came on the back of a much larger scandal involving Jenrick which has dominated news headlines for the past month.

Jenrick initially approved the Westferry Printworks residential development in the Isle of Dogs in east London.

The 1 billion-pound, 44-story development complex was comprised of 1,500 luxury flats in the Tower Hamlets area, one of the poorest parts of London and the U.K.

Tower Hamlets refused the development, as had senior civil servants inside Jenrick's own department.

The civil servants "begged" Jenrick not to approve the development and warned him that it violated planning rules and was "70%-80%" likely to be judicially reviewed.

Jenrick was "insistent" and said his decision was "final," however, overruling the decision and giving the go-ahead in January.

The development was owned by British billionaire Richard Desmond, a Conservative Party donor.

Desmond, 68, is reported to be worth 2.6 billion pounds. He is the former owner of the right-wing tabloids Daily Express and Daily Star, having sold them two years ago. He also bought and sold Channel 5, a free-to-air British TV channel.

The British billionaire is also, notoriously, a former pornographer. He also ran Television X. This part of his business portfolio earned him the name "Dirty Des" in local media.

The timing of Jenrick's decision meant Desmond initially avoided a 45 million-pound community levy on infrastructure that would be paid to the area. The windfall from the levy was to be spent on local services including health and education.

Last November, Jenrick and Desmond sat next to each other at a Conservative fundraising dinner, where Desmond allegedly showed Jenrick a promotional video on his phone.

Local media reported that two days after the dinner, Desmond texted Jenrick, "We don't want to give Marxists loads of doe (money) for nothing!" The Marxists he was referring to were the Tower Hamlets council, run by the center-left Labour Party.

Desmond sent another text the next month, urging Jenrick to approve his development before Jan. 15, when the new community levy would kick in. Jenrick gave his approval on Jan. 14, just in time to deprive one of the poorest parts of the country of tens of millions of pounds.

Desmond is a serial political donor. He donated 1 million pounds to the right-wing UK Independence Party in 2015 before returning to backing the Conservatives with a 10,000-pound donation in 2017, following the Leave vote in the Brexit referendum. He also donated 100,000 pounds to the Labour party under Tony Blair's premiership.

The Mail on Sunday quoted a whistleblower as saying, "I can confirm that at no point did Mr. Jenrick or his Special Advisers alert us to the fundraiser dinner he attended with Mr. Desmond or the short conversation he had with him about the application."

Had they known, the whistleblower said, "we would have pushed much harder for the decision to be rethought, given the conflict of interest."

Jenrick denied wrongdoing, but under pressure, he subsequently withdrew his approval after conceding that it looked "unlawful by reason of apparent bias."

British Prime Minister Boris Johnson stood by his minister and said he considered the matter closed. So far, no action has been taken against Jenrick.

Labour reported Jenrick to the Parliamentary Standards Commission, the parliamentary watchdog, after Johnson refused to launch his own investigation.

A YouGov poll last Friday found that 39% of Britons thought that Jenrick should resign.