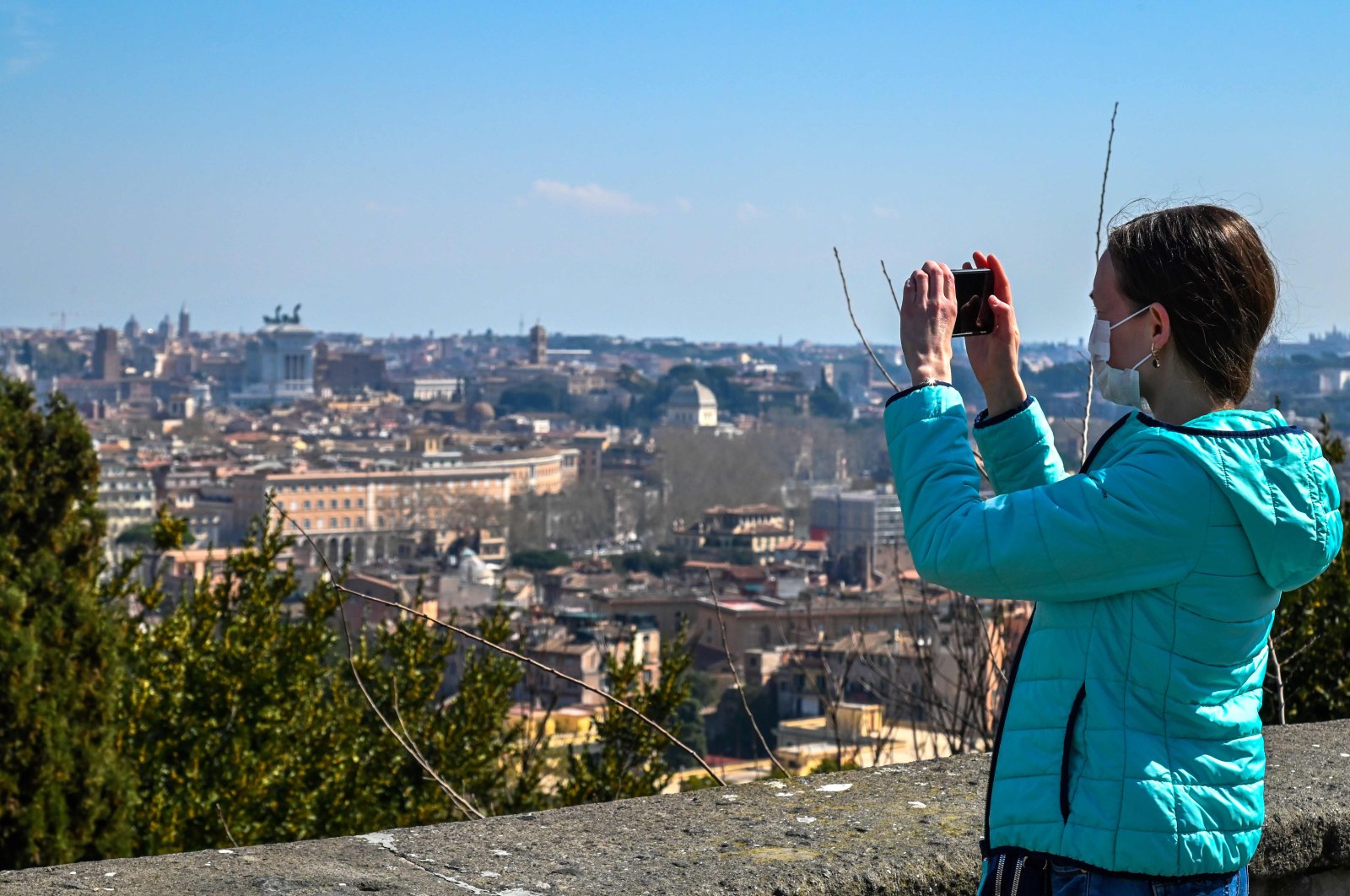 A woman wearing a face mask takes a photo of Rome from the Gianicolo terrace on March 18, during the country's lockdown within the new coronavirus crisis. (AFP Photo)
by DPA Mar 18, 2020 6:33 pm
RECOMMENDED

Italian authorities are considering tightening the country's coronavirus lockdown measures after mobile phone data showed that too many people were still out and about.

The figure was provided by mobile phone operators, Gallera said, dismissing privacy concerns upon the insistence that data would remain anonymous, saying: "Nobody is checking (on people) Big Brother-style," he said.

Sports Minister Vincenzo Spadafora told RAI the government would "consider further measures," such as banning jogging, because "very many people seem to be absolutely underestimating the risks."

All of Italy has been under lockdown since March 10, with people authorized to leave their homes only if they cannot work at home or for urgent errands such as buying food or medicine.

The Interior Ministry said police had stopped more than 1 million people between March 11-17, pressing charges against nearly 45,000 violators of the measure.

In Milan, underground trains are still packed full during rush hours, as seen in photos that have gone viral on social media, sparking outrage.

Lombardy President Attilio Fontana said he would lobby the government for tougher restrictions on those who refuse to stay indoors.

Italy reported a cumulative total of 31,506 coronavirus cases and 2,503 deaths on Tuesday. It is facing the worst coronavirus crisis in the world after China, where the outbreak originated.

Lombardy accounts for more than half of Italian cases and almost two-thirds of fatalities. The region's hospitals and medical staff are under immense strain.