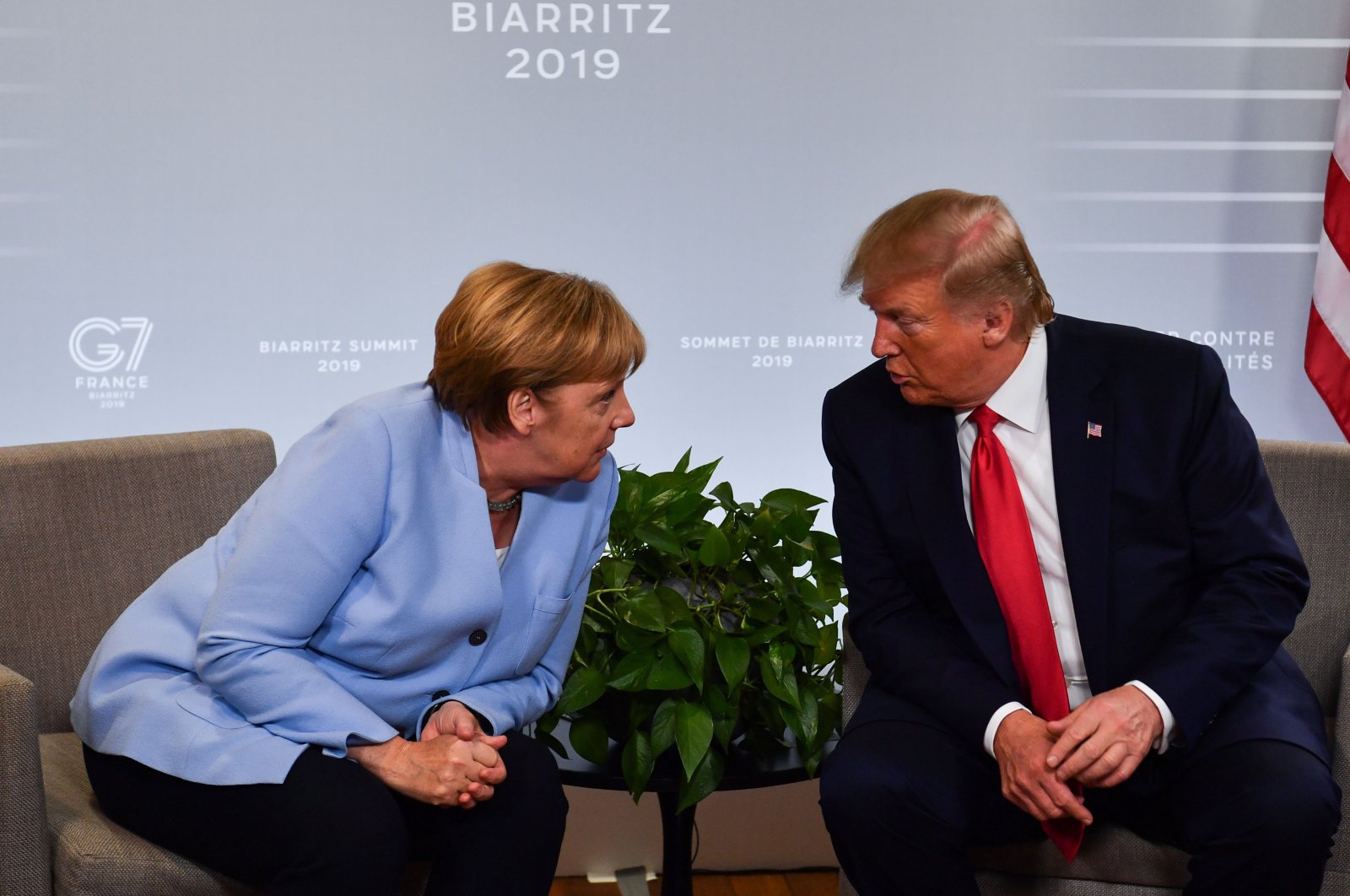 German Chancellor Angela Merkel (L) and U.S. President Donald Trump speak during a bilateral meeting on the sidelines of a Group of Seven summit in Biarritz, southwestern France, Aug. 26, 2019. (AFP Photo)
by French Press Agency - AFP
May 30, 2020 11:07 am

German Chancellor Angela Merkel will not attend an in-person summit of the Group of Seven leaders that U.S. President Donald Trump has suggested he will host despite concerns over the coronavirus pandemic, a German government spokesman said Saturday.

Leaders from the G-7, which the U.S. heads this year, had been scheduled to meet by videoconference in late June after the COVID-19 pandemic scuttled plans to gather in-person at Camp David, the U.S. presidential retreat in the state of Maryland.

Trump last week, however, indicated that he could hold the huge gathering after all, "primarily at the White House" but also potentially parts of it at Camp David.

Merkel, a scientist by training, has declined.

"As of today, considering the overall pandemic situation, she cannot agree to her personal participation, to a journey to Washington," the spokesman said, confirming an earlier report on the Politico website.

"The federal chancellor thanks President Trump for his invitation to the G-7 summit," he added.

The 65-year-old chancellor is the oldest G-7 leader after Trump, who is 73. Japan's Shinzo Abe, also 65, is several months younger than Merkel. Their age puts them at higher risk from the coronavirus.

The White House has said it is putting the huge diplomatic gathering back on the agenda as a "show of strength" when world economies are gradually reemerging from shutdowns.

Merkel is the first to give a firm no, while other world leaders have expressed vaguely positive responses.

On Friday, the White House said Trump and British Prime Minister Boris Johnson had spoken and "agreed on the importance of convening the G-7 in person in the near future."

Canada's Prime Minister Justin Trudeau, who hosted the 2018 summit, has said any in-person gathering would have to prioritize safety, while a French presidential official said that Emmanuel Macron was "willing to go to Camp David if the health conditions allow."

European Council head Charles Michel, meanwhile, said through a spokesman that he would attend "if health conditions allow."