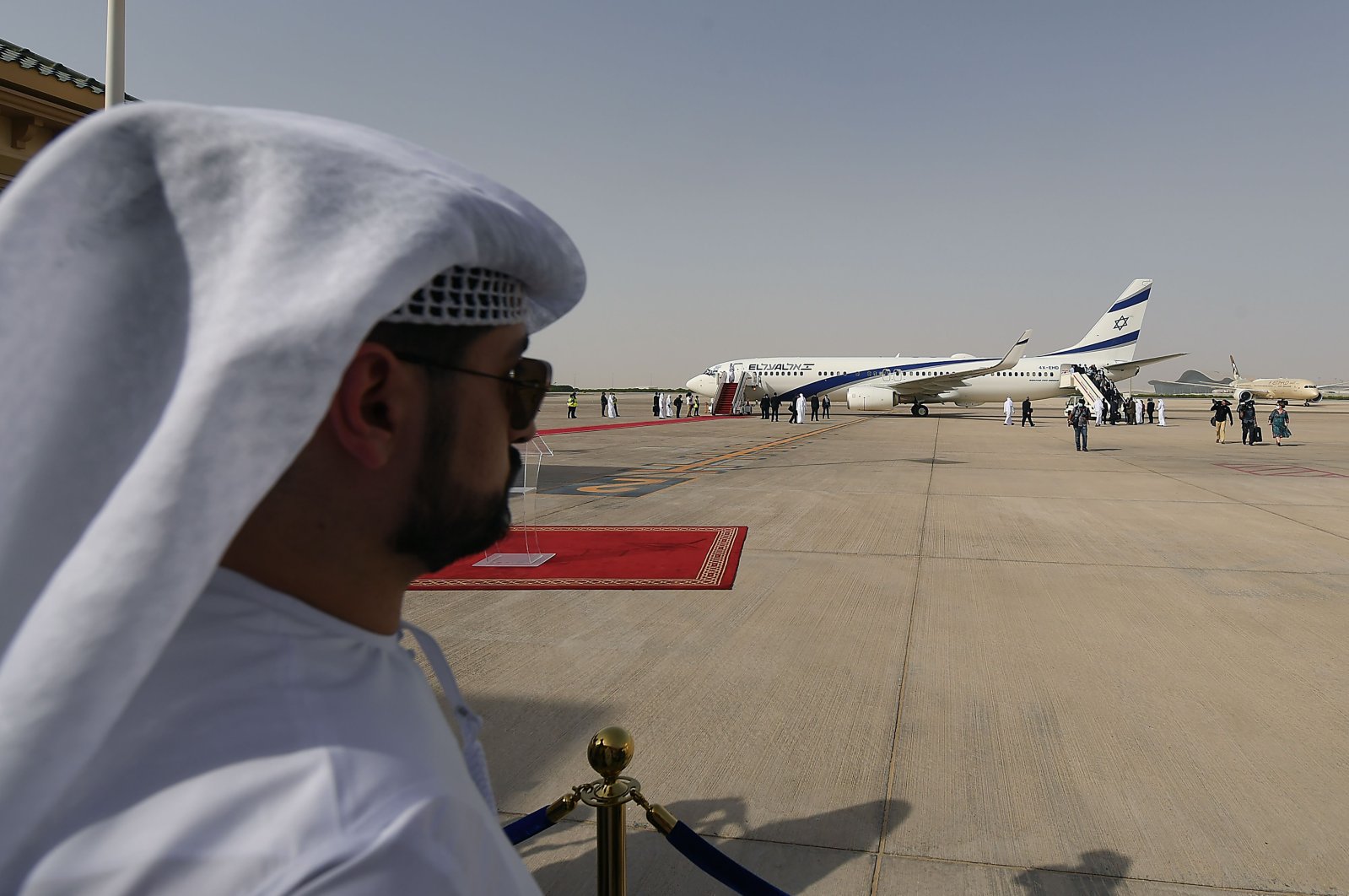 The first direct commercial flight from Israel to the United Arab Emirates (UAE) landed in Abu Dhabi on Monday, with a U.S.-Israeli delegation on board, after Israel and the UAE struck a controversial deal to normalize ties.

The El Al flight, numbered LY971 as a gesture to the UAE’s international calling code number, flew into Saudi Arabian airspace shortly after takeoff and later passed over the capital, Riyadh. The plane was decorated with the words for peace in Arabic, Hebrew and English above the pilot’s window. Journalists were handed special face masks decorated with the Israeli and Emirati flags. The seat protectors said “Making History” in all three languages, and Israeli folk music played in the background.

The Israeli flag carrier’s flight marked the implementation of the U.S.-brokered deal to normalize relations between the two nations and solidifies the long-clandestine ties between them that have evolved over years of shared enmity toward Iran. With the U.S. as matchmaker, Israel and the UAE agreed on Aug. 13 to work toward normalization, which would make the UAE the third Arab nation to have full relations with Israel, after Egypt and Jordan. But unlike those two nations, Israel has never fought a war against the UAE and hopes to have much warmer relations.

The world was divided over how to respond to the deal as many condemned the move as a disgrace to the decadeslong Palestinian struggle. Palestinian groups, including the Palestinian Authority (PA), have denounced the deal, saying it does not serve the Palestinian cause and ignores the rights of Palestinians. The PA said that any normalization with Israel should be based on the 2002 Arab Peace Initiative on the principle of "land for peace" and not "peace for peace" as Israel calls.