2 US soldiers killed in clashes with Daesh in Iraq 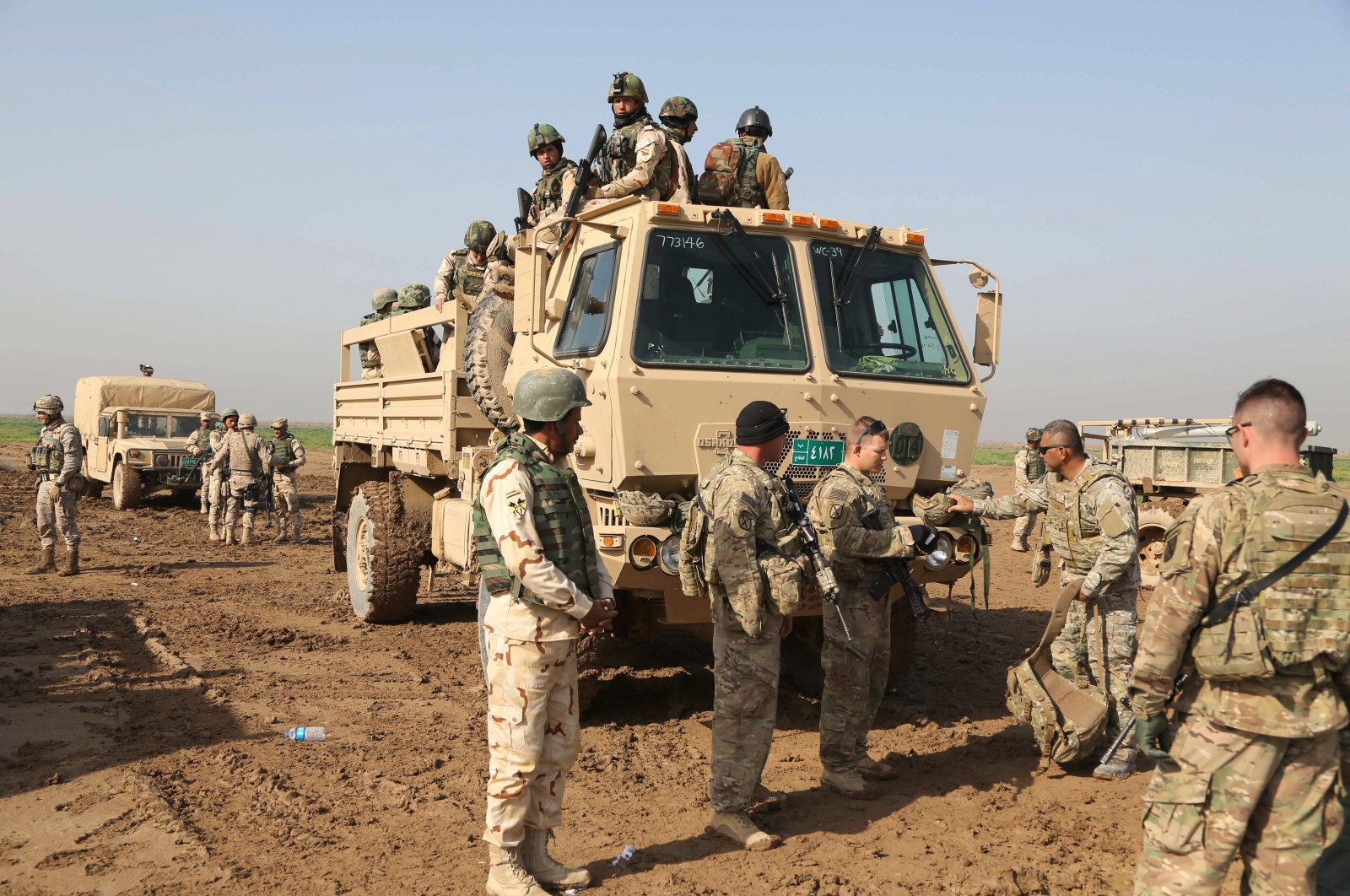 Iraqi soldiers participate in a training exercise with American and Spanish trainers at Basmaya base, southeast of Baghdad, Jan. 24, 2016. (AP Photo)
by Compiled from Wire Services Mar 09, 2020 4:54 pm
RECOMMENDED

Two American soldiers fighting Daesh in Iraq were killed during an operation alongside Iraqi forces, the coalition said Monday.

"Two U.S. service members were killed by enemy forces ... during a mission to eliminate a Daesh terrorist stronghold in a mountainous area of north-central Iraq, March 8," the coalition said in a statement.

In late January, Iraq’s military said it was resuming operations with the U.S.-led coalition against Daesh which had mostly halted after bases hosting U.S. troops came under rocket attacks and a U.S. drone strike killed a top Iranian commander.

U.S.-Iranian tension threatens to derail the fight against the terrorist group, which seeks a resurgence in northern Iraq three years after its military defeat at the hands of the coalition, Iraqi forces and Iran-backed militias. The tension boiled over when the U.S. killed Iranian military mastermind Qassem Soleimani in a drone strike in Baghdad on Jan. 3.

The U.S.-led coalition, which is in Iraq to assist the military in fighting Daesh, said on Jan. 5 it was putting most of its operations on hold to focus on the security of its own troops as rockets fired by Iran-backed militia groups targeted bases hosting U.S. forces. Iran then fired missiles that hit two of those bases on Jan. 8 in the first-ever direct Iranian attack on U.S. forces in Iraq. Iraq’s parliament voted to press the government to eject all U.S. troops from Iraq following the killing of Soleimani, a move that Iraqi military officials say could jeopardize the fight against Daesh, in which U.S. warplanes provide crucial support.