24 killed during clashes in northern Yemen 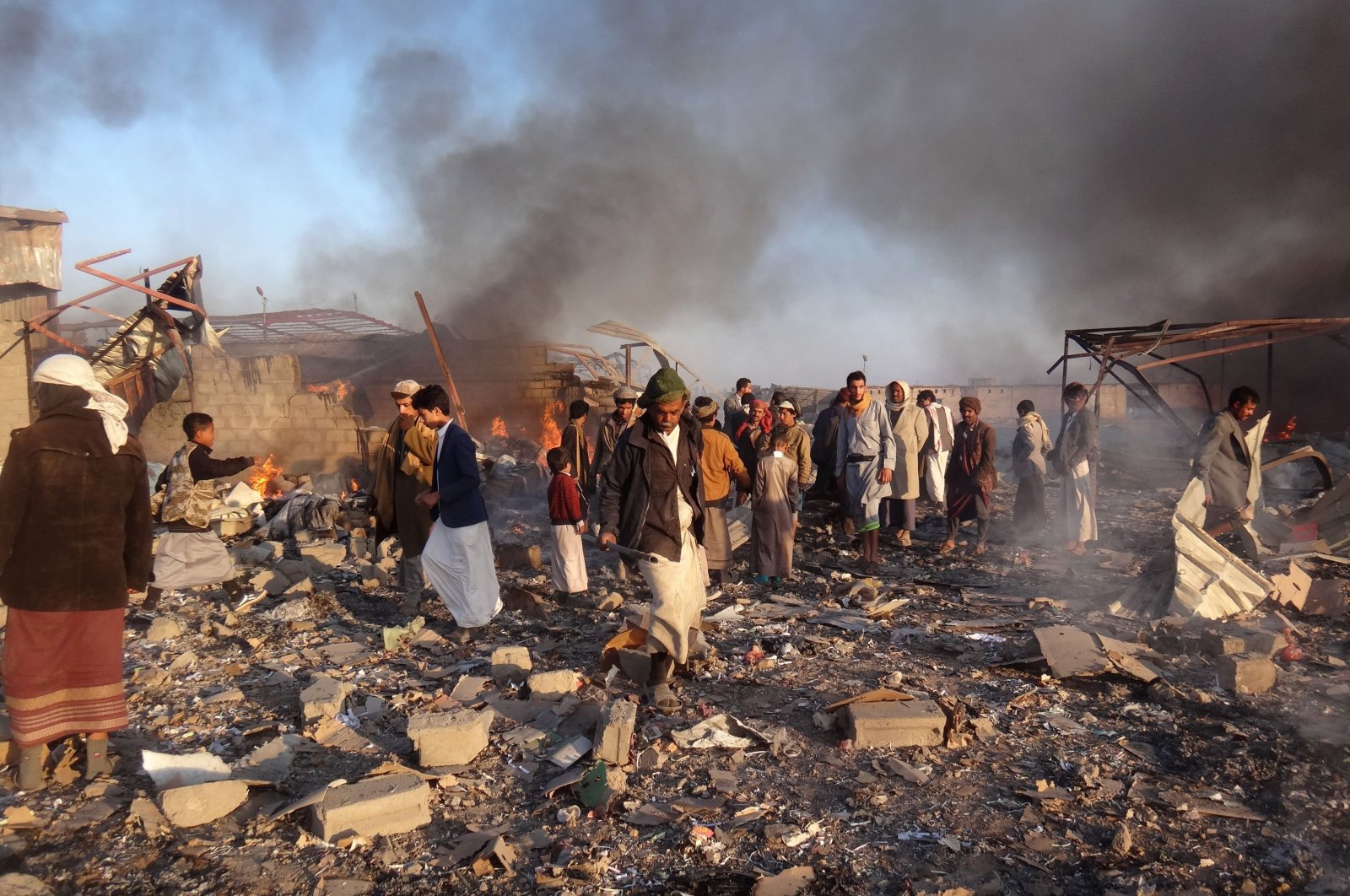 In this file photo taken on Jan. 6, 2018 smoke rises as Yemenis inspect the damage at the site of airstrikes in the northwestern Huthi-held city of Saada. (AFP Photo)
by French Press Agency - AFP Sep 07, 2020 10:38 am

More than 20 people were killed in clashes in Yemen's northern province of al-Jawf late Sunday as government troops tried to reclaim positions lost months ago to Iran-backed Houthi rebels.

Yemen's internationally recognized government has been fighting the Iran-allied insurgents since 2014 when Houthis seized much of the north, including the capital Sanaa.

A Saudi-led military coalition intervened on the side of the government the following year.

Meanwhile, the insurgents advanced in the neighboring Marib governorate, in particular the Mahliya district, after heavy fighting that also resulted in casualties.

Houthi rebels took control of the capital of al-Jawf earlier this year in a strategic advance that means they now threaten oil-producing Marib province.

Tens of thousands of people have been killed in the Yemen conflict, which the United Nations has described as the world's worst humanitarian crisis.

Fighting has carried on despite repeated calls for a cease-fire to help combat the coronavirus, which health agencies fear could be disastrous in impoverished Yemen. More than 1,900 cases of COVID-19 have been confirmed in the country, including 572 deaths.