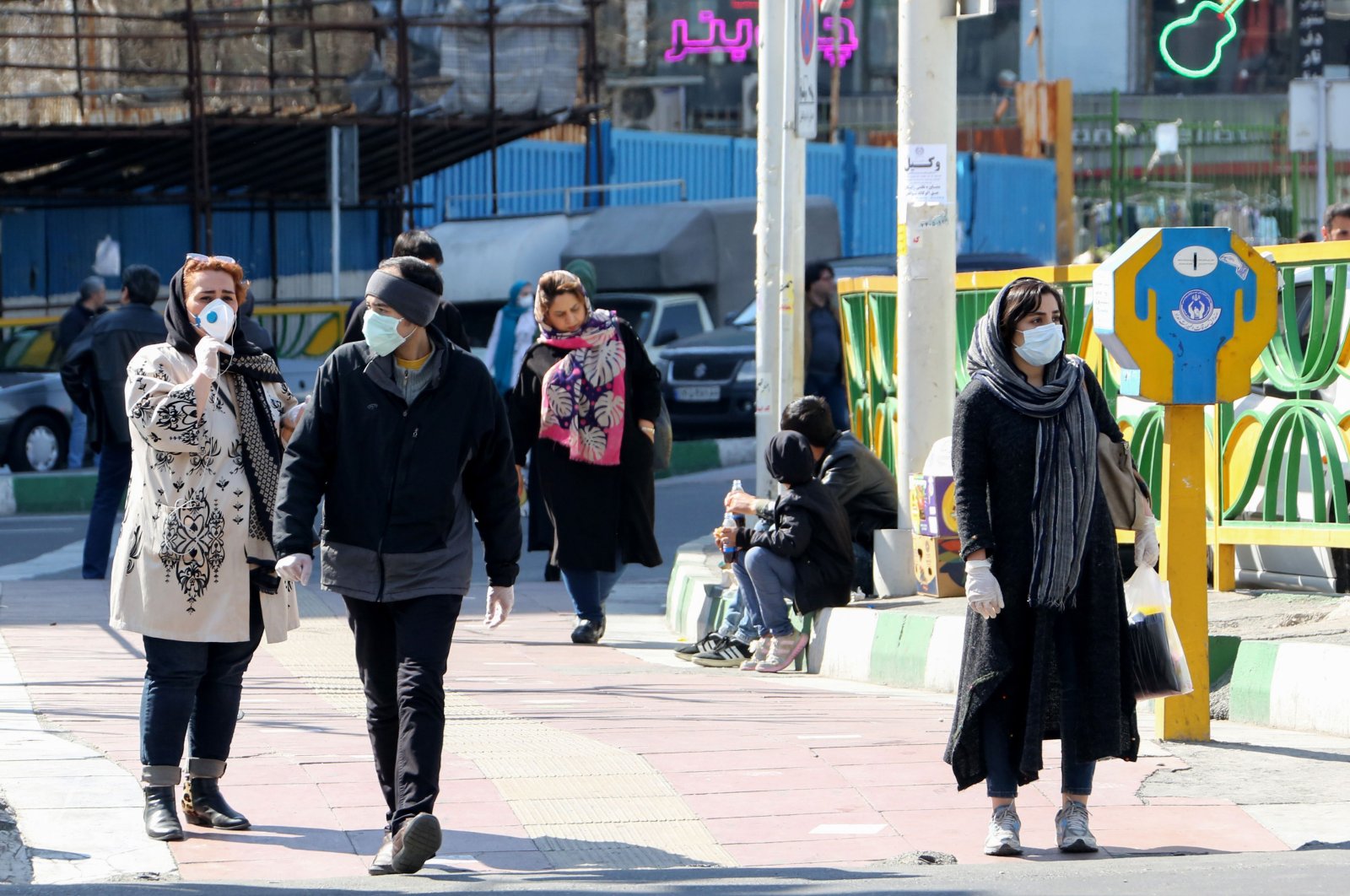 Iranian pedestrians walk while wearing protective masks in Tehran on March 10, 2020 amid the spread of coronavirus in the country. (AFP Photo)
by French Press Agency - AFP Mar 10, 2020 8:00 pm

The death toll from alcohol poisoning in Iran rose to 44 Tuesday, state news agency IRNA reported, over misguided efforts to ward off the new coronavirus by drinking bootleg alcohol.

The outbreak of the virus in the country is one of the deadliest outside China, where the disease originated.

The highest poisoning toll struck in the southwestern province of Khuzestan, where it grew by 16 to reach 36 on Tuesday, the agency said, adding the victims had "drank bootleg alcohol over rumors that it would be effective in treating coronavirus and were poisoned." The poisoning toll in Khuzestan is higher than its 18 direct deaths from coronavirus, according to IRNA.

Seven more have died from bootleg alcohol poisoning in the northern region of Alborz and one in Kermanshah, western Iran.

Alcohol is banned in Iran for everyone except for some non-Muslim minorities, but local media regularly report on lethal cases of poisoning from bootleg liquor.

Iran has scrambled to try to contain the spread of COVID-19 which has hit all 31 of its provinces, killing 291 people and infecting more than 8,000.