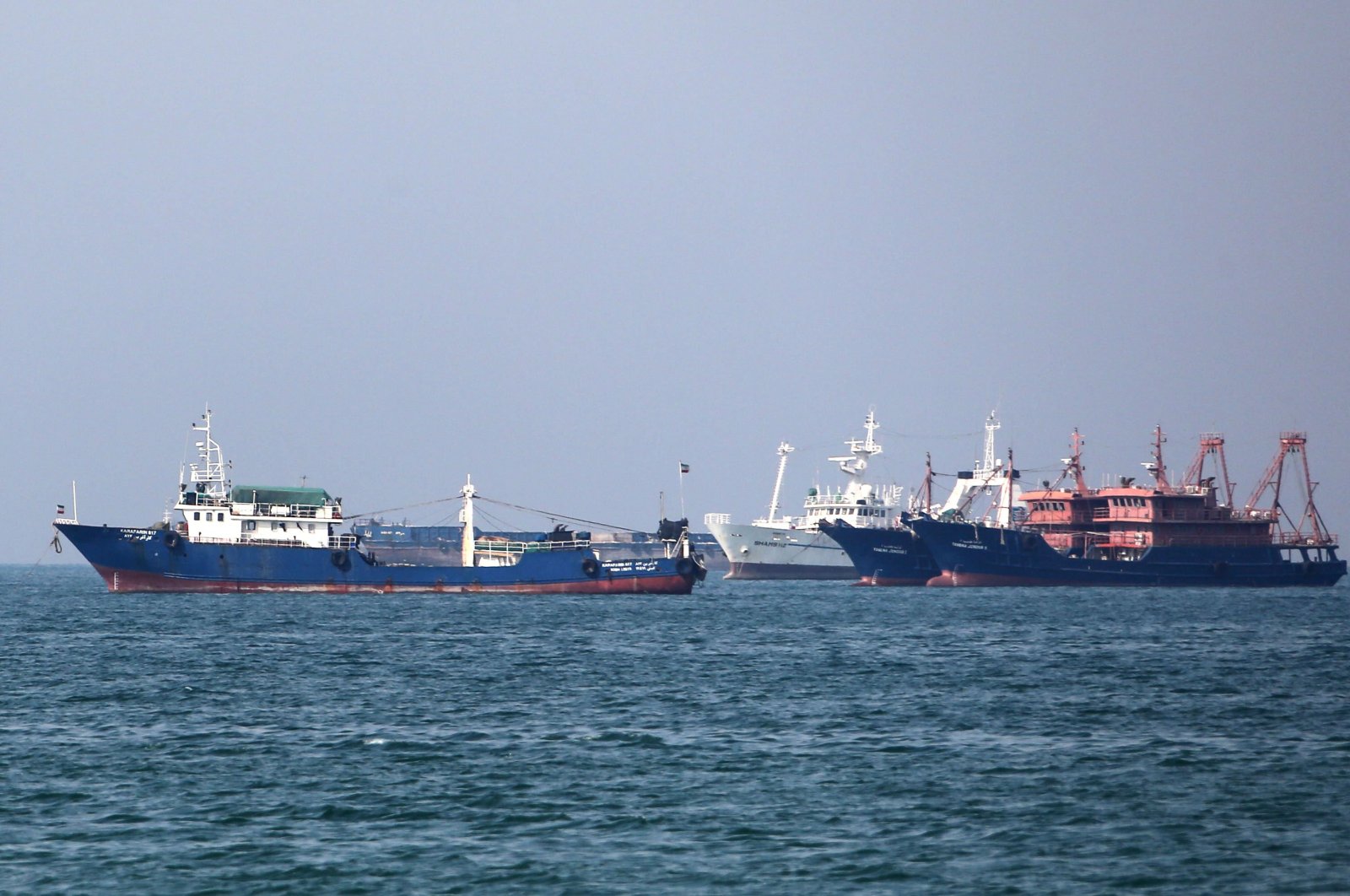 Cargo ships sail in the Gulf off the Iranian port city of Bandar Abbas, which is the main base of the Iran's navy and has a strategic position on the Strait of Hormuz, April, 29, 2019. (AFP Photo)
by Compiled from Wire Services Jul 15, 2020 4:19 pm

At least seven ships have caught fire in the port of Bushehr in southern Iran, the Tasnim news agency reported Wednesday.

No casualties have been reported so far, the agency said.

There have been several explosions and fires around Iranian military, nuclear and industrial facilities since late June.

A blast occurred at the Natanz nuclear site on July 2. No casualties or leaks of radioactive materials were reported at the site, which is Iran's primary uranium processing facility.