8 rockets target US Embassy in Baghdad 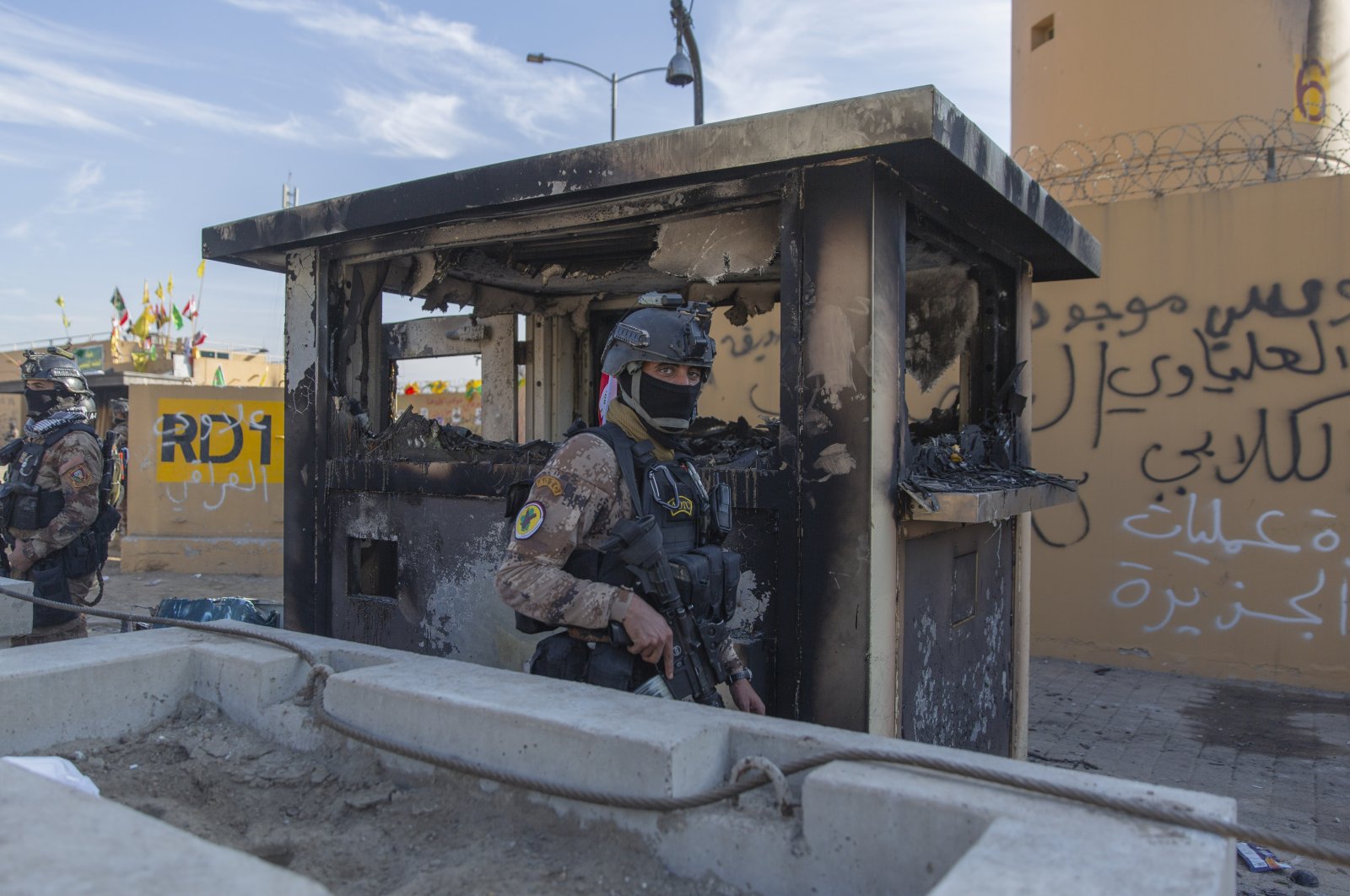 Eight rockets targeted the U.S. Embassy in Baghdad's heavily fortified Green Zone on Sunday, Iraqi security officials said, sparking fears of renewed unrest as next month's anniversary of the slaying of an Iranian general draws near.

An Iraqi military statement said an "an outlawed group” launched eight rockets targeting the Green Zone, injuring one Iraqi security person manning a checkpoint and causing material damage to a residential complex and some cars.

The residential complex is usually empty. The U.S. Embassy's C-RAM defense system, which is used to destroy missiles in mid-air, was activated to deflect the attack, the embassy said in a statement.

"The U.S. Embassy confirms rockets targeting the International Zone (Green Zone) resulted in the engagement of embassy defensive systems,” the statement said. It said there was some minor damage to the embassy compound.

"We call on all Iraqi political and governmental leaders to take steps to prevent such attacks and hold accountable those responsible,” the statement said. The thundering sound of the defense system could be heard by Associated Press reporters located on the other side of the Tigris River. The C-RAM system was installed by the U.S. over the summer as armed groups stepped up rocket attacks targeting the embassy and its premises.

The U.S. withdrew some staff from its embassy in Baghdad earlier this month, temporarily reducing personnel ahead of the first anniversary of the U.S. airstrike that killed Iran’s top general, Qassim Soleimani, outside Baghdad's airport on Jan. 3. American officials said the reduction stemmed from concerns about a possible retaliatory strike.

Soleimani's killing sparked outrage and led Iraq's parliament to pass a non-binding resolution days later calling for the expulsion of all foreign troops from Iraq. The frequency of rocket attacks in Iraq has frustrated the Trump administration.

Iran-backed militia groups have been blamed for orchestrating the attacks. In September, Washington warned Iraq that it will close its embassy in Baghdad if the government fails to take decisive action to end rocket and other attacks by Iranian-backed militias on American and allied interests in the country. T

he partial withdrawal from the embassy came amid a drawdown of American troops from Iraq and Afghanistan announced by the outgoing Trump administration last month. In Iraq, the U.S. plans to reduce the number of troops from 3,000 to 2,500 by mid-January, before Trump is to leave office