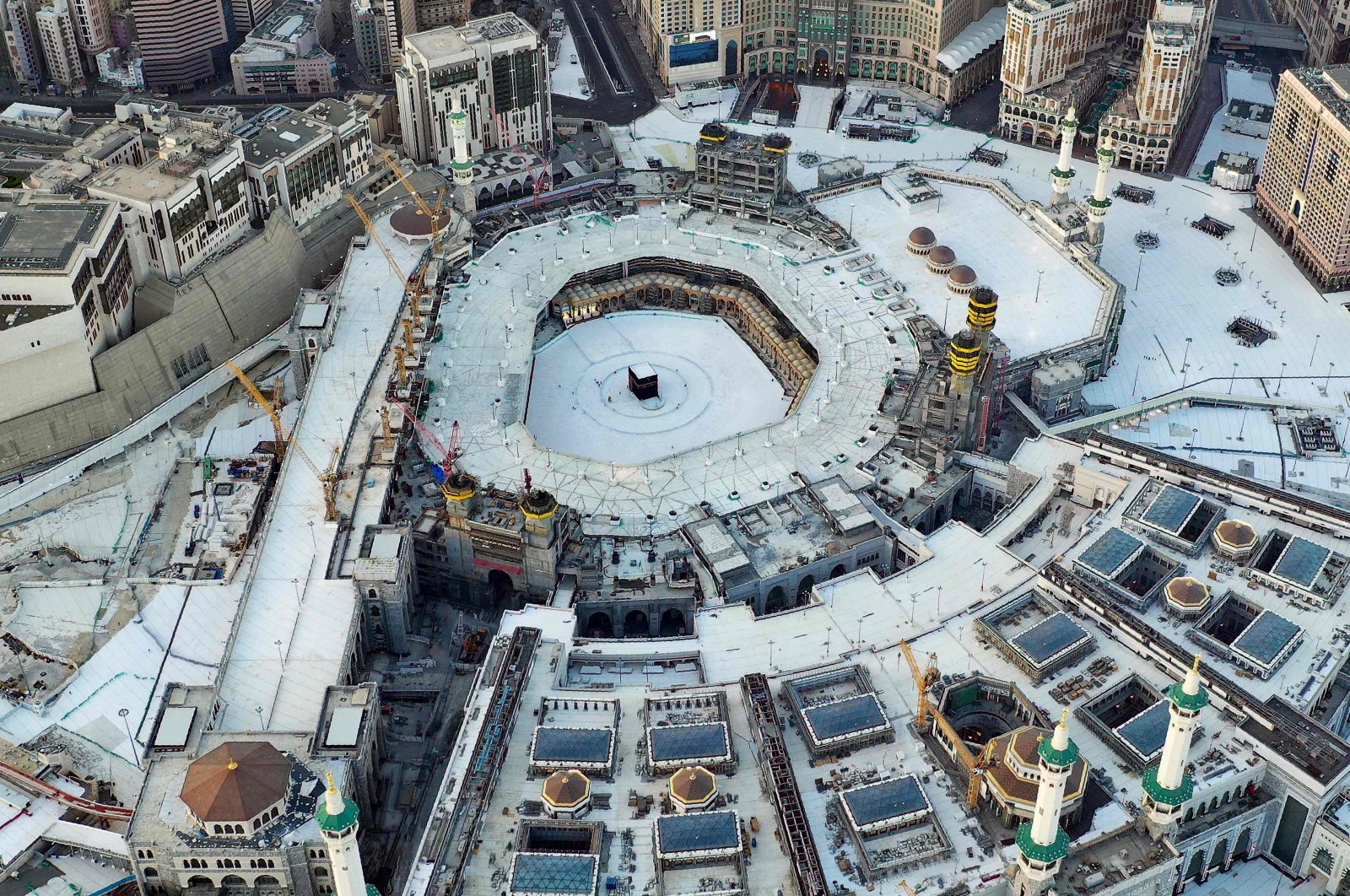 An aerial view shows the Great Mosque, deserted on the first day of the Muslim fasting month of Ramadan, in the Saudi holy city of Mecca, on April 24, 2020, during the novel coronavirus pandemic crisis. (AFP Photo)
by DAILY SABAH Apr 25, 2020 11:20 pm

Drone footages showed deserted views of Mecca’s Grand Mosque amid the coronavirus pandemic on the first day of the Muslim holy month of Ramadan.

In February, the kingdom took the extraordinary decision to close off the holy cities of Mecca and Medina to foreigners over the virus, a step which wasn’t taken even during the 1918 flu epidemic that killed tens of millions worldwide.

The country also suspended the year-round Umrah pilgrimage, during which worshippers circle the Kaaba seven times, and also announced the temporary closure of the area around the cube structure.

After originating in China last December, COVID-19, the disease caused by the coronavirus, has spread to at least 185 countries and regions across the world. Europe and the U.S. are currently the worst-hit regions.